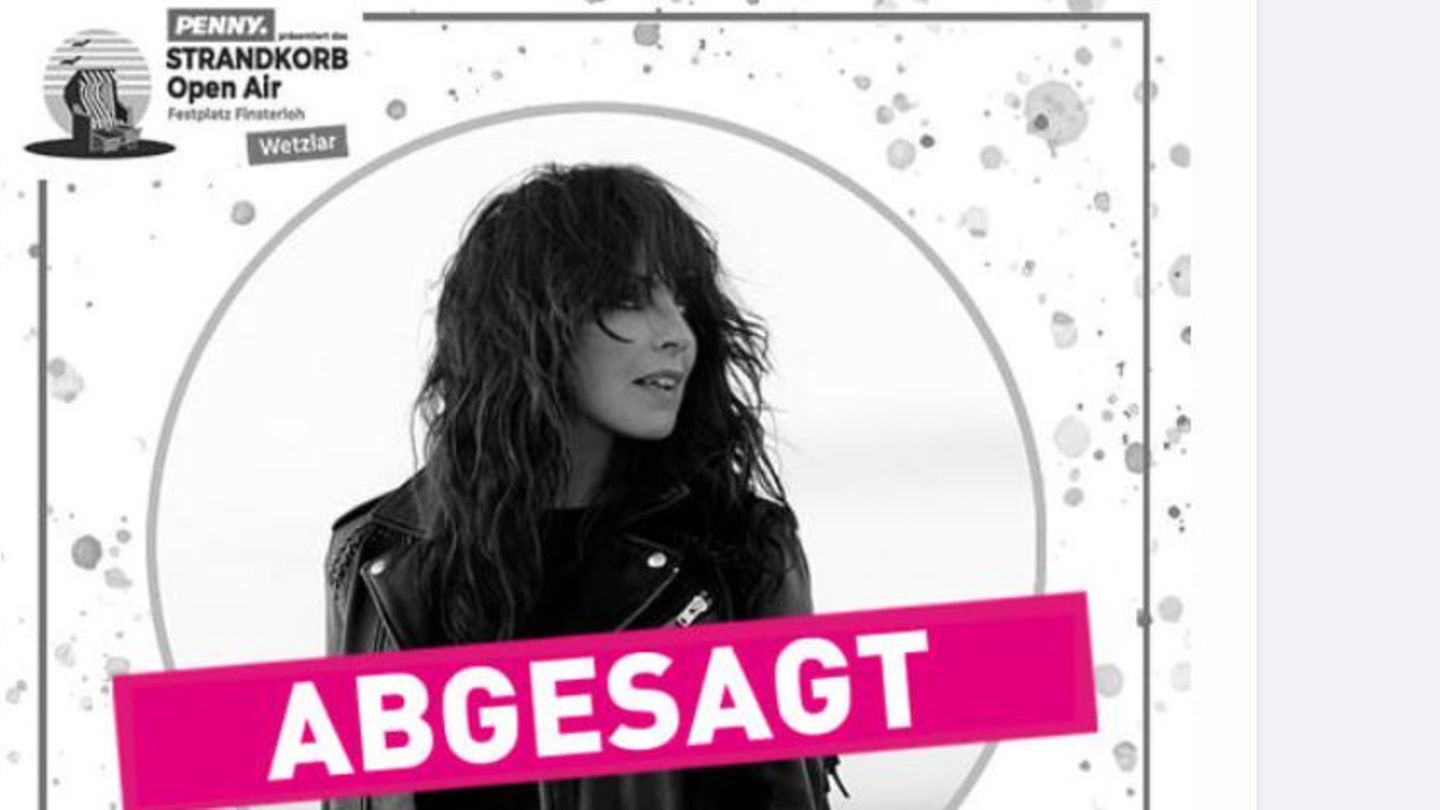 Wetzlar
“Distance us from the statements”: Organizer cancels beach chair concert with Nena

Nena’s behavior at the concert in Schönefeld has consequences: The organizer of the Wetzlar beach chair concerts has unloaded the singer – that is the reason.

“I don’t fucking care. I’m fed up with it”: The statements you made at a concert in Schönefeld in Brandenburg about the organizer’s hygiene concept could cost Nena dearly. As a first reaction to this, the organizer of the Strandkorb Open Air in Wetzlar unloaded the singer.

Actually, the musician was supposed to perform in the Hessian city on September 13th. But her behavior, which is worthy of criticism, now has consequences: “We, as the organizers of the Strandkorb Open Air – Wetzlar, canceled the concert with Nena on September 13 in agreement with the artist’s agency immediately after the recent events in Berlin,” says the Facebook Page of the concert series. “It was important to us, and therefore contractually agreed in advance, that the concerts should not be used as a political stage,” concert organizer Dennis Bahl is quoted as saying on Facebook.

Nena’s attitude to the event format does not match the hygiene and safety concept that was specially designed for this series in a corona-compliant manner. “As the organizer, we therefore distance ourselves from the statements and the appearance of the artist.”

Clear words with which the organizers of the Strandkorb Open Air draw a clear line in the service of the audience and the other artists who still want to perform in this series. “It is important to us as the organizer to ensure the greatest possible degree of security at all concerts so that all guests can experience a carefree evening,” it says on the website.

The Strandkorb Open Air is a nationwide concert series in which artists are allowed to play in front of an audience in different cities while observing the Corona requirements. Jan Delay performed in Mönchengladbach on Monday, and Wincent Weiss sings in Rosenheim today.

The tickets for the Nena concert will be refunded, all other concerts should take place as planned.