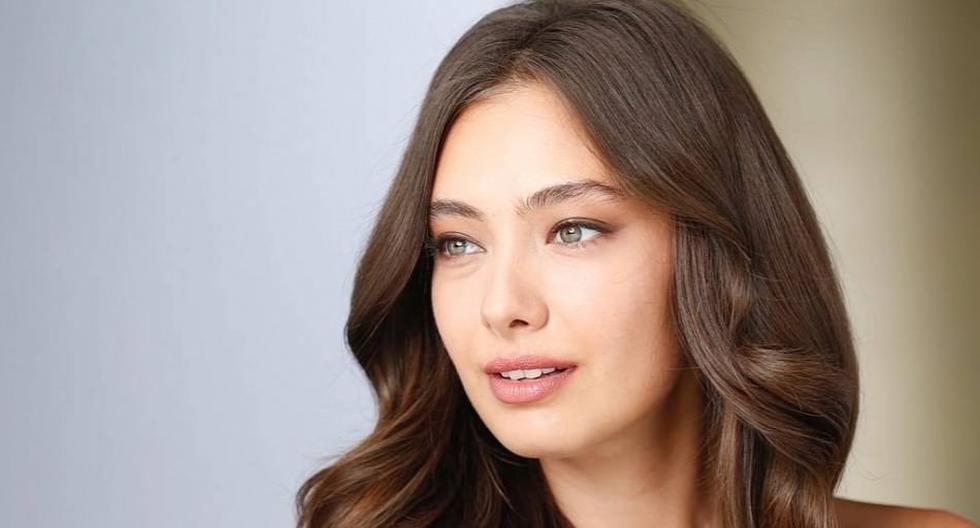 “The Ambassador’s Daughter” is a Turkish novel that has a great audience success and popularity thanks to the magnificent performances of Neslihan Atagul, the unforgettable Nihan from “Eternal Love”, and Engin Akyürek, protagonist of Fatmagül. It is the first time the actors have worked together and their chemistry in front of the screens has captivated Turkish audiences since 2019.

The history narrates the life of Nare (Atagül), the beautiful daughter of an ambassador who has fallen in love with Sancar as a child, the son of a humble carpenter. Nare and Sancar They have known each other since they were children but they realize that their love is impossible because Nare’s father opposes them being together.

The first chapter of the soap opera premiered on December 16, 2019 and after 17 episodes, on June 22, 2020 the first season of the story came to an end. In September of last year the recordings of the soap opera were resumed and it is still being broadcast through the Star TV channel in Turkey.

MORE INFORMATION: “All for my daughter”: Beren Gokyildiz’s trick to cry in the strongest scenes of “Kizim”

However, these days it began to be rumored that Neslihan Atagul was in very poor health and this would have led her to have to renounce her character as “The Ambassador’s Daughter” and without a doubt, this has surprised his followers a lot.

WHY DID NESLIHAN ATAGÜL RESIGN UP THE AMBASSADOR’S DAUGHTER?

For several weeks, the media began to rumor that the health of Neslihan Atagul it was not right, since his absence in social networks was very psychic and without a doubt, they were not so far from reality.

Thus, this Monday Neslihan herself through her Instagram account, where without giving many details about what happened, she has communicated that she has seen the need to conclude the recordings of the telenovela “The Ambassador’s Daughter”.

“It is time to say goodbye to my dear Nare, the woman I feel deeply when I am acting”, Neslihan began writing in the aforementioned social network. “Although I tolerated the situation, my body did not tolerate it, so I need to rest a bit. “he explained. 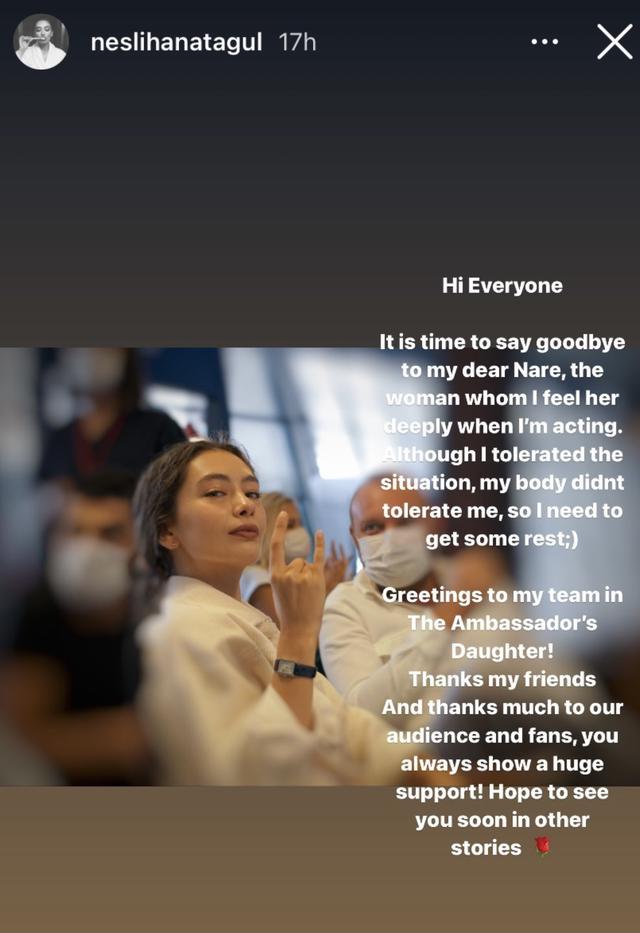 Without giving many explanations, Neslihan Atagül said goodbye to his fans and the story of “The Ambassador’s Daughter” (Photo: Instagram / Neslihan Atagül)

The actress took advantage of the publication to thank both the public and her fans for all the support they have given her new project, The Ambassador’s Daughter, since it saw the light in Turkey at the end of 2019 and concluded its message with very hopeful news:

“I hope to see you soon in other stories”, Neslihan finished.

Although he did not give more details about his health, according to several Turkish media, the actress would have been diagnosed with ‘Leaky gut syndrome’, a condition that causes fatigue, diarrhea, abdominal swelling and joint pain, among other symptoms , without an apparent cause.