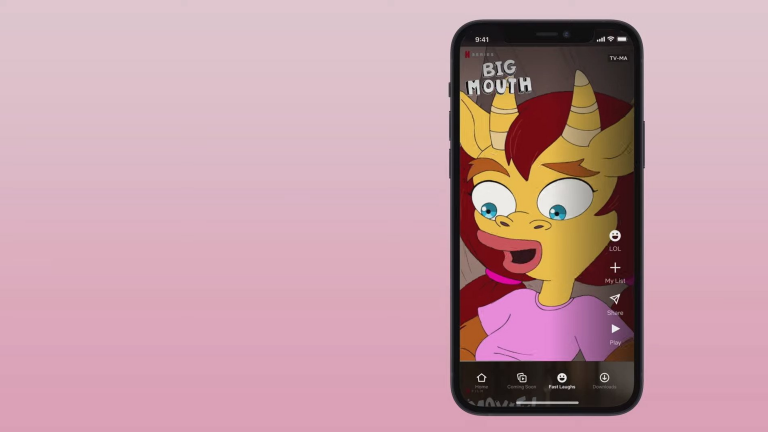 At present, Pour Rire is only available to owners of iOS devices in certain countries. With TikTok tunes, he offers to watch humorous extracts from the Netflix catalog, such as the Big Mouth series, or stand-ups in the company of Jerry Seinfeld and Ali Wong. If you like the images, then you can add the title to your saved list to watch it later. Patrick Flemming, director of product innovation at Netflix, says the giant is “always looking for new ways to entertain and make discovery easier for members.“On the official blog, the objective is clarified:

Want to laugh a little? You’ve come to the right place on Netflix, which has tons of possibilities, from hilarious series and movies to hilarious stand-ups.

That’s why we’re launching the For Laughs feature for mobile devices. This feature offers a full screen collection of funny clips from our catalog of comedy content, between clips from films (Murder Mystery), series (Big Mouth) and stand-up comedians such as Kevin Hart and Ali Wong.

(…) Do you come across a scene from a great classic that you have wanted to see again for a long time? On new films or series that tempt you? For Laughs lets you add series, movies, and stand-up shows to your list or watch them immediately. You can also share the snippets on WhatsApp, Instagram, Snapchat and Twitter so that your friends can laugh too. – Ticket blog

As indicated The Verge, Netflix’s latest financial reports have referred to TikTok as a major competitor, due to the time consumers spend more frequently on the platform. The streaming company has therefore chosen to opt for a similar tool that serves above all as a showcase for content already available. Currently affected customers can access the To Laughs tab through the Netflix navigation menu. It will be coming to Android devices soon.