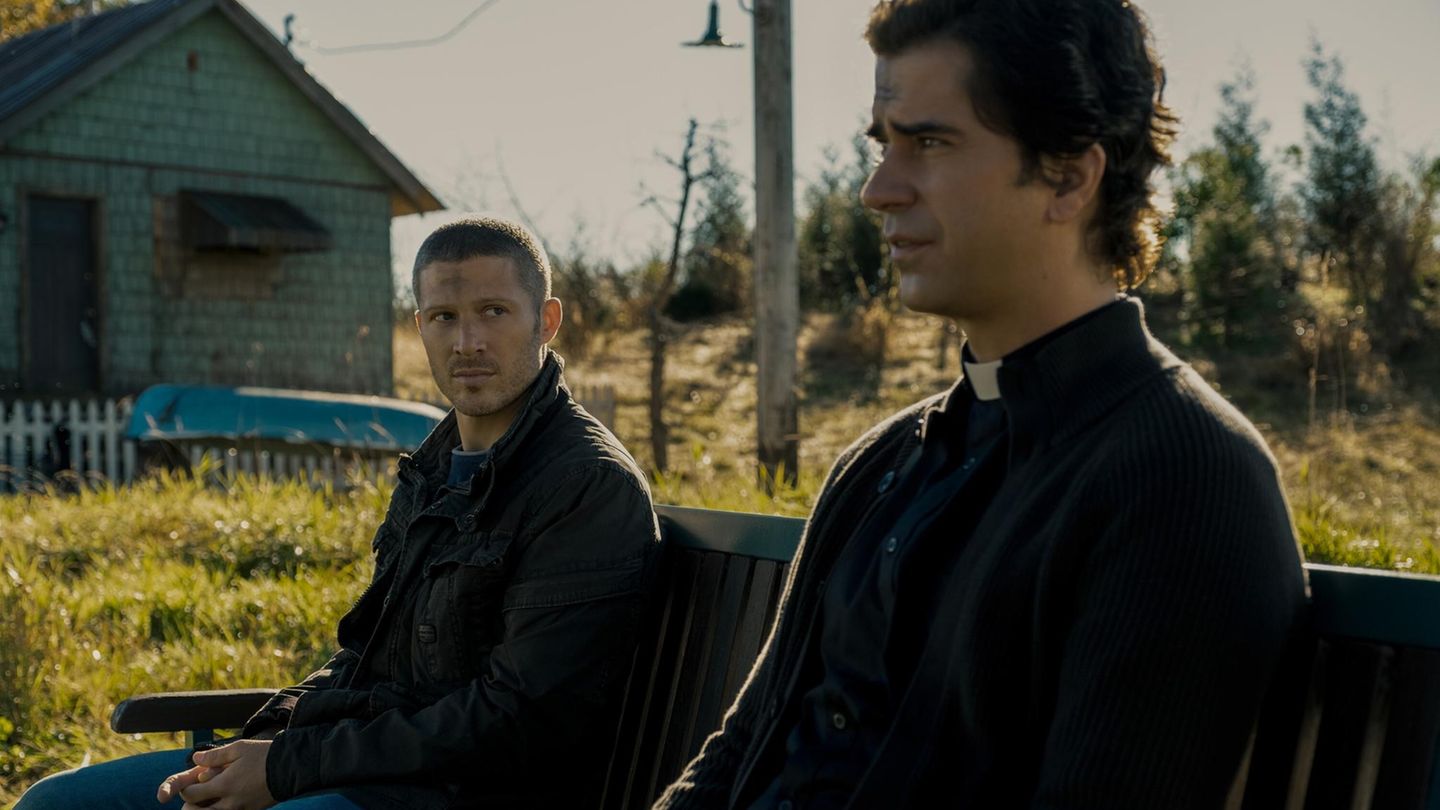 Not a fan of horror, blood and zombies? Then read on anyway: “Midnight Mass” on Netflix is ​​an exciting, wonderfully thought-out series that focuses on psychological horror and interpersonal relationships.

Before we can fully prepare for what awaits us in this series, a lot of things happen: An accident – a young man hit a young girl while drunk. It dies at the scene of the accident. The remorseful driver admits his guilt in court and has to go to prison. All of this in the first few minutes of the first episode of “Midnight Mass,” director Mike Flangan’s new scary series (“Haunted Hill House”, “Doctor Sleeps Awakening”). And then this unsympathetic, who was guilty of something unforgivable, served his sentence after a few years. In the absence of alternatives, he moves back to his parents on the small island of Crockett Island, where everyone knows everyone and most of the people still make a living from fishing. This is where the real story begins, and this is where we, as viewers, start to get comfortable with the fact that this Riley Flynn, who killed a young girl while drunk, will be the “hero” of this series.

Like Riley, it takes viewers a while to warm to the dying island. Only children, teenagers and older people are still there – those who can have made the dust here as soon as possible. After an oil spill, hardly any money is earned from fishing. The people are resigned, despondent, but stick to their faith: The Catholic Church of St. Patrick’s is an important center of the island – with the exception of a few outsiders, people meet here at least every Sunday. The girl Leeza, who is paralyzed from the waist down in a wheelchair after a fatal incident, even comes every day.

Little by little we get to know the islanders: Riley’s family, the down-to-earth sheriff Hassan, the smug and fanatically religious sexton Beverly Keane, the drunkard Joe. And of course Erin Greene, Riley’s childhood sweetheart who once ran away from home at 16, lived a wild life, and has now returned to Crockett Island pregnant after breaking out of an abusive marriage. Here she works as a teacher and, to Riley’s astonishment, seems content and settled on the island that once bothered her as much as he did. It doesn’t take long for the two to become closer again.

And then there’s the new pastor: Monsignor Paul Hill. Young, unconventional, personable, a gifted speaker. Apparently he means well with the community, brings a breath of fresh air to the village and ultimately creates a genuine miracle. But as the viewer quickly notices, he carries a secret around with him. At least one. But what is it? Is the charming cleric a villain? Or a saint? And what is his goal with the people of Crockett Island?

Scary with just a few moments of shock

“Midnight Mass” is a horror series with a few shocking scenes, but it mostly focuses on psychological tension and interpersonal relationships. Absolutely watchable even for people who avoid the usual horror films. Compared to the last two series from Flanagan’s pen – “Hill House” and the rather disappointing successor “Spuk in Bly Manor” – this one scores with the fact that it hardly ever drifts into the kitschy and does without unnecessary lengths. Apart from some dispensable monologues in the last third, the story remains gripping and is told densely. As always, the tension eases when the evil antagonist is known and the audience has been able to see his face, but “Midnight Mass” has built up so much conflict between the remaining characters by this point that the story is gripping all by itself, to the point of bitterness End. As a viewer, you are left strangely satisfied, as is almost never the case after the last episode of a series.

The acting performances, which are consistently good, are also decisive for success. Especially Zach Gilford as taciturn, self-quarreling Riley Flynn and Kate Siegel (the director’s wife) as reasonable, empathetic Erin Greene carry a lot of narrative burden on their shoulders and master it excellently. Without one, “Midnight Mass” would only have worked half as well: Hamish Linklater as Priest Paul Hill – that’s brilliant to watch and hear. The 45-year-old sometimes looks as if he’s improvising in front of the camera, his character comes across as charismatic and real. For him, this role should probably be a stepping stone to larger projects.

All in all, a really refreshing approach to telling a horror series that is almost completely successful. In any case, boring winter evenings in times of Corona can be shortened perfectly with a “Midnight Mass”!

The series can be seen on Netflix and is recommended by the FSK for ages 16 and over.