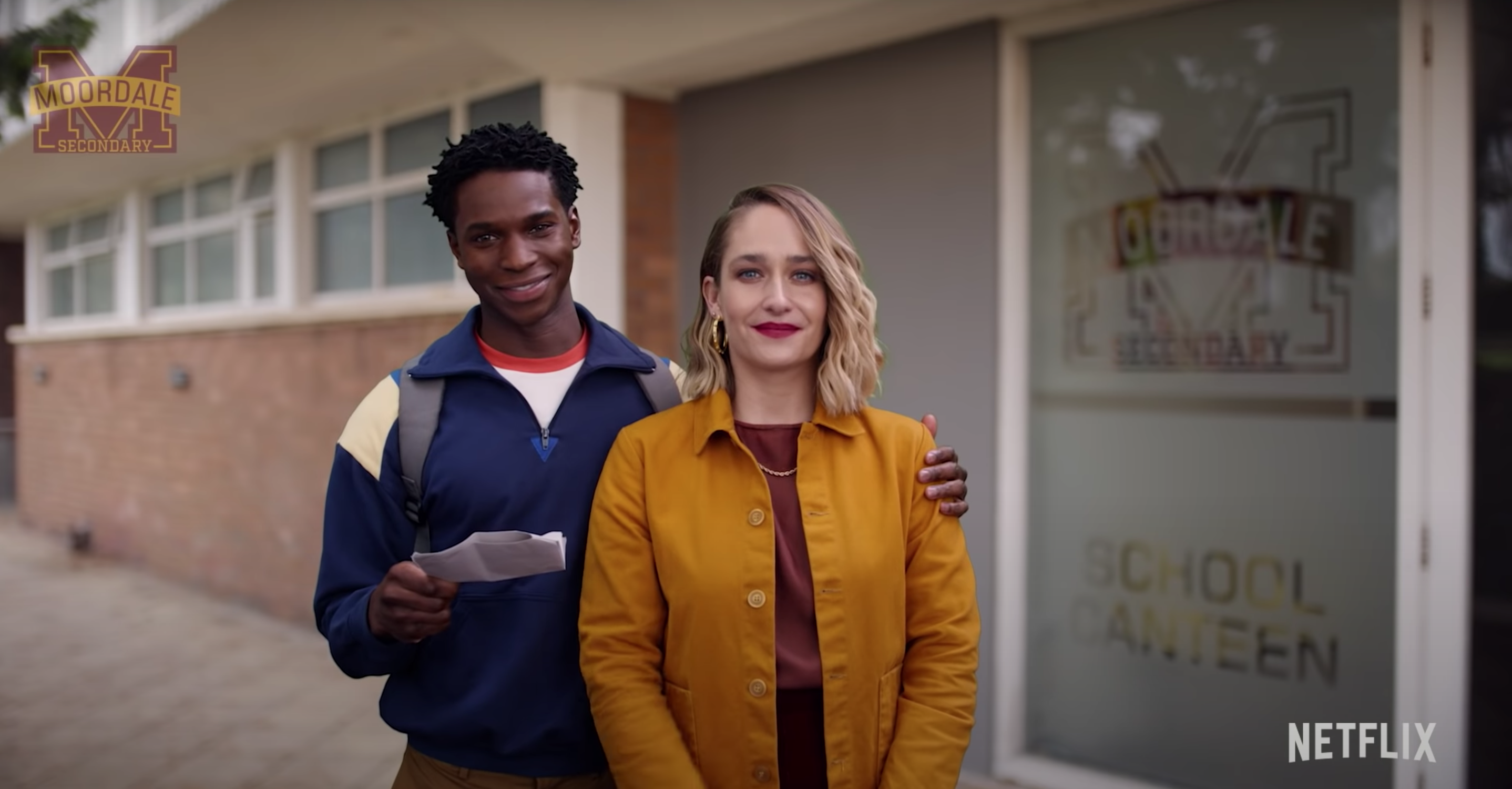 After announcing with great fanfare last month that the third season of Sex Education will be available in September, Netflix unveiled this Monday a very first glimpse. And it is far from disappointing the fans!

In this new season, we will continue to follow Otis (Asa Butterfield), which explores unattached sex. For their part, Eric (Ncuti Gatwa) and Adam (Connor Swindells) officially form a couple, while Jean (Gillian Anderson) is pregnant, that Aimee (Aimee Lou Wood) discovered feminism and that Jackson (Kedar Williams-Stirling) develops a crush.

But what commands attention in the teaser, it is without a doubt the new director, Hope Haddon (Jemima Kirke), which replaces Maureen Groff (Samantha Spiro), although it does not seem to have said its last word. Hope will make it her mission to restore Moordale to its former glory.

We will therefore meet Peter Groff, the older brother of Mr. Groff who will be embodied by Jason Isaacs, well known for having played Lucius Malfoy in the films of the saga Harry Potter, but also of Cal, a non-binary person camped by the artist Dua Saleh |, who landed a first career role, and Anna, Elsie’s foster mother who will be played by Indra Ové.

The third season of Sex Education is expected on Netflix from September 17th.