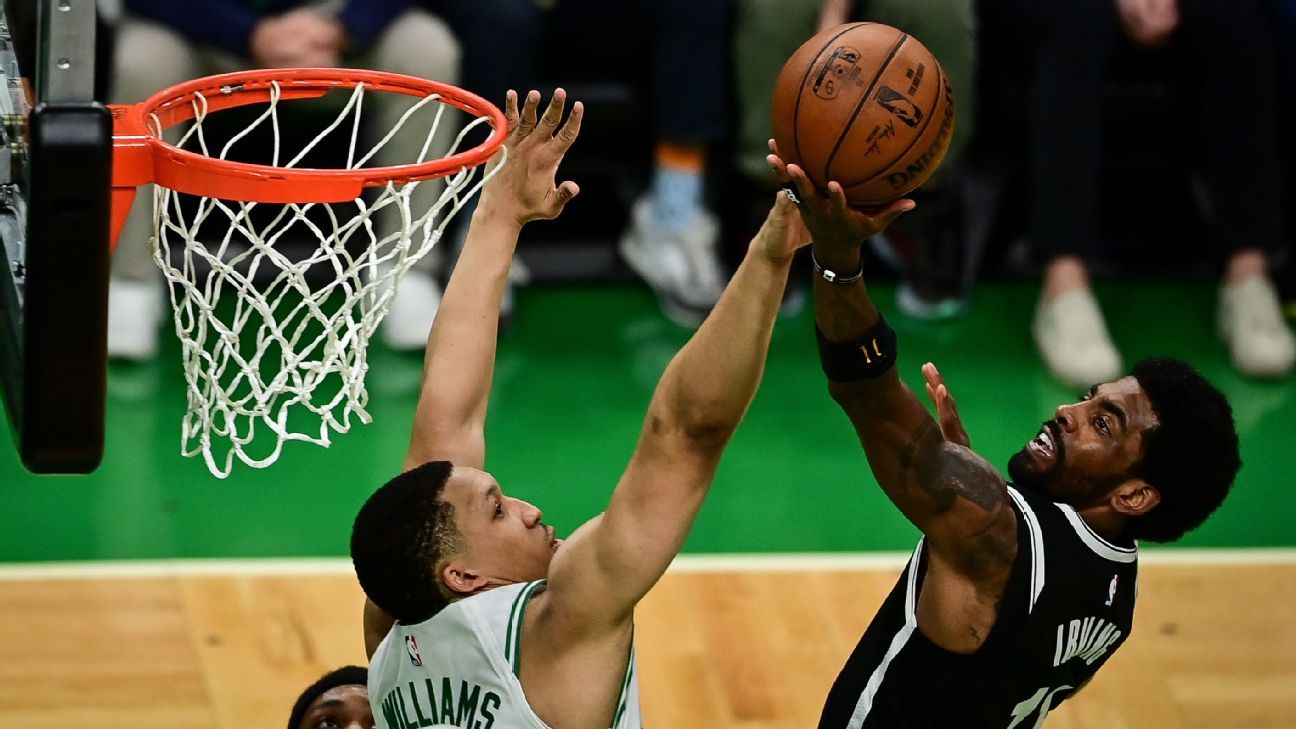 The superiority of the Brooklyn Nets and Atlanta Hawks was demonstrated in Game 4 of the playoff first round qualifiers. that both teams played this Sunday against the Boston Celtics and New York Knicks with victories that left one more to get a place in the semifinals of the Eastern Conference by dominating them 3-1.

Whereas in the Western Conference, as expected, the equality is much higher and with much suspense after Phoenix Suns, ranked second in the regular season, and the Los Angeles Clippers, fourth, scored valuable victories that allowed them to regain the field advantage by tying their respective first round qualifiers 2-2 against the Los Angeles Lakers and the Dallas Mavericks.

The point guard Trae Young was once again the leader of the balanced attack of the Hawks that easily beat the Knicks 113-96 in what was his third victory, to one of the semifinals in the fourth game of the first-round tie of the Eastern Conference playoffs.

The Hawks will look to close out their first win in a playoff series since 2016 when they travel to Madison Square Garden, where Game 5 will be played on Wednesday night.

Young scored 27 points, including 4 3-pointers of 14 attempts, and dished out 9 assists, while forward John Collins contributed another 22, while another tall man, Italian power forward Danilo Gallinari became the winning factor with 21 points. .

Despite the control problems, power forward Julius Randle was the leader of the Knicks attack by scoring 23 points, but he scored only 7 of 19 shots from the field and always had more than two Hawks players on him when he received the ball.

The offensive power of the “Big Three” was present at the TD Garden in Boston, where the Nets beat the Celtics 141-126 and they consolidated in the control of the eliminatory one.

Although the Celtics fans, who filled the stands for the first time in more than a year, took care to dedicate all kinds of taunts and boo to the base Kyrie Irving, former player of the Boston team, every time he touched the ball, the response on the Nets field was devastating.

Own Irving, who was also thrown a bottle onto the field as he retired, finished with a monumental double-double of 39 points and 11 rebounds., plus 2 assists and 2 recoveries.

The television broadcast showed Irving and Nets guard Tyler Johnson looking into the stands and pointing at a fan; Video on social media appeared to show police pulling out a man in a handcuffed Kevin Garnett T-shirt.

The 42 points of forward Kevin Durant were also decisive, who was perfect 3-3 from triples, and 11-11 from the personnel line, in addition to distributing five assists and putting up two blocks.

While the escort James Harden was in charge of directing the game with a double-double of 23 points and 18 assists. without the Celtics having answers to the inspiration of the “Big Three”.

Game 5 will be played at the Barclays Center in New York on Tuesday night, as the Nets will attempt to advance to the Eastern Conference semifinals for the first time since 2014.

Phoenix was led by the great performance of Chris Paul, who added 18 points and 9 assists, plus Ayton’s good performance with 14 points and 17 rebounds. Now the series is tied 2-2. In Los Angeles, Lebron had 26 points and 12 rebounds.

While at the Staples Center in Los Angeles, The Lakers not only lost Game 4 100-92 to the Suns but also lost center Anthony Davis through injury from the second half, a doubt for Game 5 to be played Tuesday in Phoenix.

The base Chris Paul, who was a doubt before the game due to a shoulder injury, came out with the Suns and helped by contributing 18 points and 9 assists.while guard Devin Booker and forward Jae Crowder added 17 points each.

Bahamian center Deandre Ayton finished with a double-double of 14 points and 17 rebounds that left him a leader in the inside game of the Suns, who took advantage of Davis’ loss in the second half after injuring his groin.

The eaves LeBron James contributed a double-double of 25 points and 12 rebounds with the Lakers, who were deeply behind in the third quarter while Davis was being evaluated in the locker room.

With defense and a lot of heart, the Los Angeles franchise prevailed by a clear 106-81 with Kawhi (29 points) and Paul George (20 points) as the main figures. Doncic, with a sore neck, added 19 points.

Forwards Kawhi Leonard and Paul George combined to lead the Clippers to another 106-81 victory over the Mavericks and regain control of the series in which they trailed 0-2.

Leonard added a double-double of 29 points and 10 rebounds, George scored 20 points and the Clippers mistreated the Mavericks in their own field.

The Slovenian base Luka Doncic, affected by a cervical strain, could not perform at his best with the Mavericks and his 19 points were far from the average of 38 of the previous games and left the Dallas team with no chance of victory.