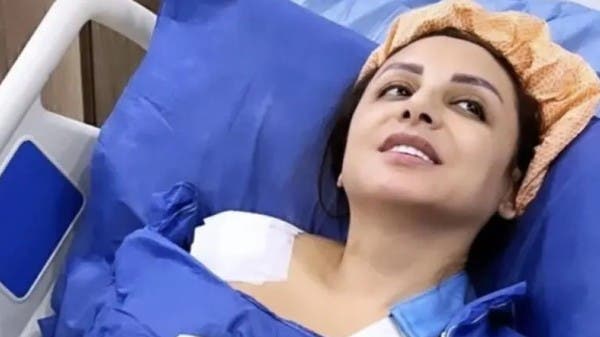 The Egyptian singer, Angham, expressed her difficult health condition over the past week, after her surgery caused complications that led to her being hospitalized.

A great state of anxiety afflicted the fans of the Egyptian singer, in light of the news that was frequent about her, and the cancellation of her concerts, but she finally left the hospital on Wednesday and went home.

Where she is currently spending a period of convalescence, until the end of the last stage of treatment, which was revealed by her attending physician, stressing that the critical stage in her health condition has passed.

And that after she spent a period in the hospital because of her suffering from several problems, which necessitated a series of surgeries, and some suspicious parts were removed, but the analyzes proved her complete recovery.

All complications ended after being placed under conservative treatment, and a new surgery was not required, especially since it is usual for those who had previous abdominal surgeries.

The doctor revealed that he had granted Angham the right to leave the hospital on Tuesday, but she preferred to continue for another day inside the hospital, and left on Wednesday.

Pointing out that within a maximum of a week, she can fully restore her activity, which is what the doctor wanted to reassure all her fans and fans, that she would return soon to restore her artistic and lyrical activity.