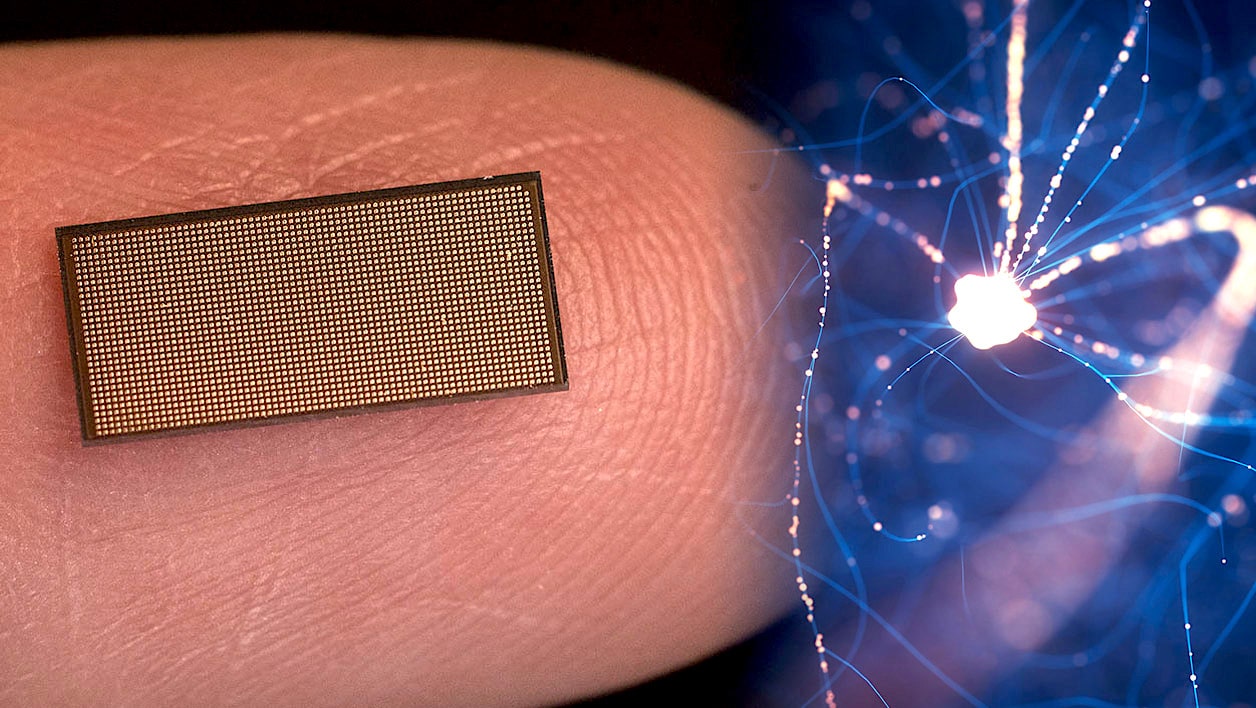 Obtain systemsartificial intelligence that process information in a human-like manner is a real challenge, studies aimed at approaching this objective becoming more and more numerous and concern different axes. For their part, some manufacturers are trying to produce computer chips with artificial neurons whose architecture and function mimic those of the brain. They are called neuromorphic chips. Recently, Intel developed Loihi 2, a new version of its neuromorphic chip containing one million artificial neurons.

This new version of the Loihi chip therefore brings us a little closer to this dream, that of one day obtaining intelligent electronic systems based on an improved version of the human brain. The analogy may seem like an exaggeration today, but it may not be in the relatively near future.

So far, the neural networks that power major AI systems function very differently from a brain. While the “neurons” used in deep learning pass numbers between them, biological neurons communicate through peaks of electrical activity whose significance is related to their synchronization and activation time.

It is therefore a very different language from that used by modern processors, and it has been difficult to effectively implement this type of neurons on conventional chips. To get around this obstacle, engineers specializing in neuromorphic systems are designing chips that mimic the architecture of biological neural networks, accommodating so-called “impulse” neural networks.

In recent years, the field has attracted the interest of big tech companies like Intel, IBM and Samsung. Today, pulse neural networks (SNNs, for Spike Neural Networks) are considerably less developed than the deep learning algorithms that dominate modern AI research, but they have the potential to be much faster and more energy efficient, making them promising for integrating AI into devices low power consumption, like smartphones or robots.

It was in 2017 that Intel developed its first neuromorphic chip, called Loihi. This version can handle 125,000 pulse neurons. But this was only a modest first attempt for the company. Only 4 years later, the company presents a new version, Loihi 2, capable of implementing one million neurons. It is also ten times faster than its predecessor.

Loihi neurons carry information in the timing of digitally represented pulses, which is more analogous to what happens in the brain. Neural computation is triggered by these pulses, making it unnecessary to use a central clock to maintain synchronization. In addition, a large part of the chip is inactive when there is no event to observe, which saves energy.

Loihi 2 not only significantly increases the number of neurons, it also considerably expands their functionality. This is because the new chip is much more programmable, allowing it to implement a wide range of SNNs rather than the only type of model that the previous chip was able to handle, explique IEEE Spectrum.

It can also support a wider variety of learning rules, which should among other things make it more compatible with the type of backpropagation learning approaches used in deep learning. Thanks to faster circuitry, the chip can now operate 5,000 times faster than biological neurons, and improved interfaces on the chip make it easier to operate multiple neurons at the same time.

Each neuron can run its own program

But the most important changes are in the neurons themselves. Each neuron can execute its own program, which makes it possible to implement a wide variety of different neurons. The chip designers took the initiative to improve the way neurons function by allowing them to communicate using both timing and pulse power.

At this time, the company does not appear to have any plans to commercialize the chips, which will only be available in the cloud for members of Intel’s neuromorphic research community. But Intel still seems motivated to further develop its neuromorphic ecosystem. Along with the new chip, it also released a new open source software framework called LAVA to help researchers create “neuro-inspired” applications that can run on any type of neuromorphic hardware or on conventional processors. ” LAVA aims to contribute to the dissemination of [programmation] neuromorphic in the wider computing community », Davies said To Ars Technica.

This announcement represents a crucial step for the company’s neuromorphic chips, and could well be an important milestone towards the industrialization of this type of component. And even if Intel is not ready to make it a commercial activity, that does not mean that others are not… The company Brainchip for example, based in Sydney, received in August its first neural processors and hopes to help customers develop energy efficient systems.