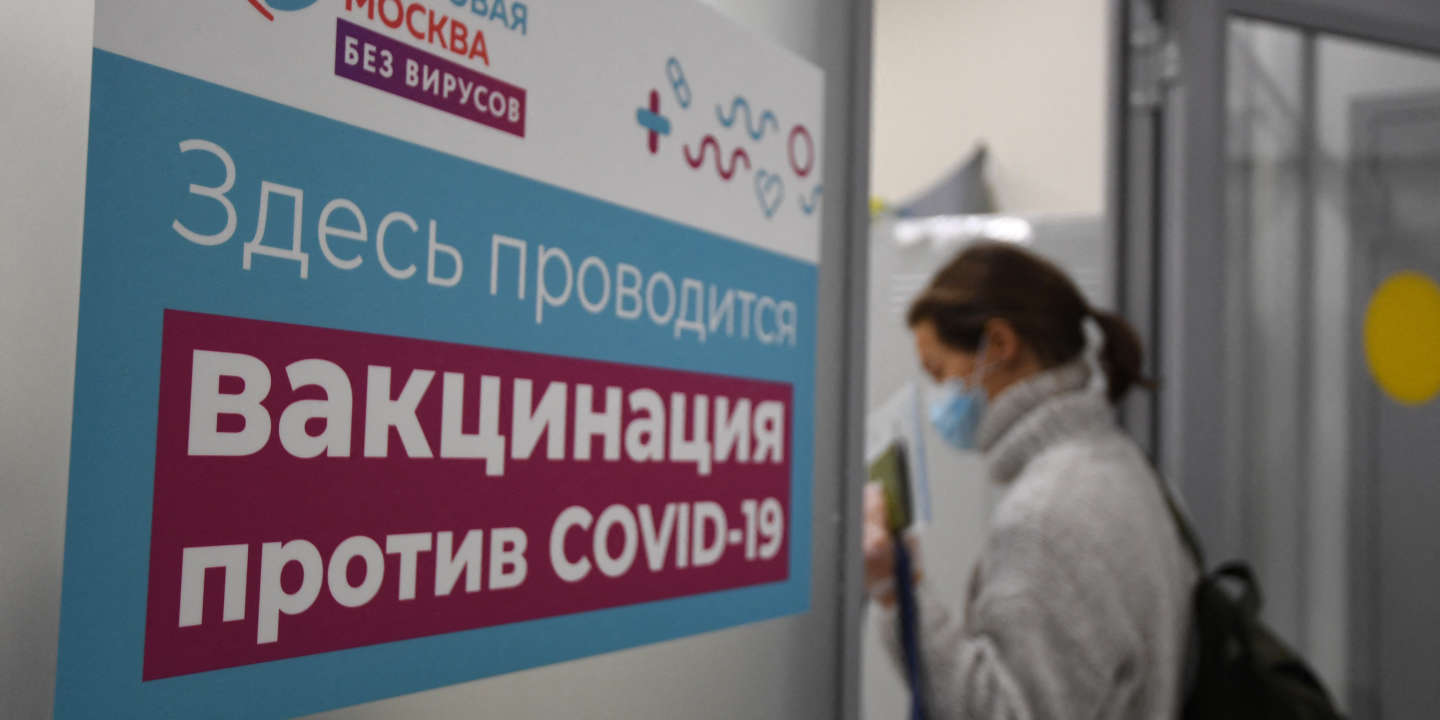 After two and a half months of decline, contamination is increasing again in Europe, mainly due to the Delta variant. In the United Kingdom and Russia, this variant is causing new epidemic outbreaks.

The pandemic due to the new coronavirus has killed at least 3.9 million people worldwide since the end of December 2019, according to a report established by Agence France-Presse (AFP) from official sources, Wednesday June 30 at midday. The United States is the most affected both in terms of death toll (604,467) and cases. Brazil, which has 515,985 dead, is followed by India (398,454), Mexico (232,803) and Peru (192,163), the country deploring the most deaths in relation to its population. These figures, which are based on daily reports from national health authorities, are generally underestimated. The World Health Organization (WHO) estimates that the toll of the pandemic could be two to three times higher than that officially calculated.

Russia recorded, Wednesday, a record of daily deaths due to Covid-19 for the second day in a row, the country being hit hard by the Delta variant against the backdrop of a sluggish vaccination campaign. According to the government count, 669 people have died in the last twenty-four hours (652 deaths had been established the day before).

In this context, Russian President Vladimir Putin called on his fellow citizens hesitant to be vaccinated against Covid-19 to listen ” the experts “ and not the rumors, during his annual televised high mass. However, he said he was opposed to any vaccination obligation at the national level. The vaccination campaign, launched in December with a lot of propaganda around Sputnik V, Moscow’s flagship vaccine, has so far convinced only 23 of 146 million Russians, against a background of general mistrust.

Despite the surge in cases, the quarter-final of Euro football between Switzerland and Spain will be held on Friday in St. Petersburg, according to organizers. And this, while some 300 Finnish supporters who attended the Euro in this city have been diagnosed positive.

Article reserved for our subscribers Read also In Russia, upsurge in Covid-19 cases due to the Delta variant

Faced with an upsurge in the epidemic, Portugal crossed the threshold of 2,000 new cases in twenty-four hours on Wednesday, according to the health authorities. The country, which has 10 million inhabitants, recorded 2,362 new infections, including 1,386 in the Lisbon region. Nationally, this is the highest level since mid-February.

With a total of 504 people treated by hospitals, including 120 in intensive care units, hospitalizations also continue to increase, according to the Directorate General of Health (DGS). The Delta variant of SARS-CoV-2, which has caused a rebound in contagions in recent weeks, has become predominant in the country, according to data released by the DGS. More than 50% of the population has already received a first injection and 32% are fully vaccinated.

Hundreds of students locked up in hotels in the Balearic Islands, angry parents demanding their release, thousands of young people in quarantine: a giant outbreak of Covid-19 contamination linked to student trips continues to grow in Spain , like the resulting controversy. On Wednesday, 49 people arriving from Mallorca at Santiago de Compostela airport on a flight carrying 86 people, including some students taking part in this end-of-year trip, were diagnosed positive, announced the regional government of Galicia. All the passengers on the plane were placed in quarantine.

It all started last week, when hundreds of college students were diagnosed positive – for the Alpha variant, which appeared in the UK – across Spain after returning from a week-long celebration on the island of Mallorca, in the very touristy archipelago of the Balearic Islands, to celebrate the end of their exams. According to figures provided by the health ministry on Wednesday, at least 1,824 people have been infected and 5,978 have been placed in isolation. A young person from the Valencia region has been in intensive care since Monday, according to media reports. At least eleven regions of the country have detected cases linked to this outbreak. In Palma de Mallorca, several hundred young people have been confined to hotels, where they stay “Isolated in their rooms”, according to the regional government.

Article reserved for our subscribers Read also Covid-19: Spain and Portugal toughen the conditions for British entry into their territory

Scottish health authorities have identified nearly 2,000 cases of Covid-19 in people who had attended events linked to Euro football. Between 11 and 28 June, 1,991 of the 32,539 Scottish residents diagnosed positive were identified as having followed one or more events related to the Euro while they were contagious, underlines Public Health Scotland in a statistical report published Wednesday.

This figure includes spectators who attended one or more matches in the stadiums of Hampden Park (Glasgow) or Wembley (London), the Glasgow fan zone or informal gatherings, in pubs or in people’s homes. Almost two-thirds (1,294) said they had traveled to London for a competition-related event, including 397 people to attend the Scotland-England game on June 18 at Wembley. The release of these figures comes amid controversy surrounding UEFA’s decision to host the semi-finals and final at Wembley, as the UK is in the throes of a surge in the more contagious and contagious Delta variant. now dominant in the country.

India’s version of AstraZeneca’s Covid-19 vaccine is not authorized in the European Union (EU) due to the possibility of “Differences” with the original, the European Medicines Agency (EMA) said on Wednesday. The African Union (AU) has complained that the EU’s non-recognition of the Covishield vaccine, made in India at a lower cost, could be detrimental to people in Africa, where it is widely used. “Even though it uses production technology similar to that of the Vaxzevria [le vaccin d’AstraZeneca], the Covishield as such is currently not approved by the EU ”, declared the AEM to the AFP.

Four vaccines are currently authorized in the EU: those from Pfizer-BioNTech, Moderna, AstraZeneca and Johnson & Johnson. Four others are the subject of a « exam continuous » with a view to possible authorization: Spoutnik V (Russia), Sinovac (China), CureVac (Germany) and Novavax (United States). The WHO, however, has approved Covishield and lamented the fact that some countries refuse its use.