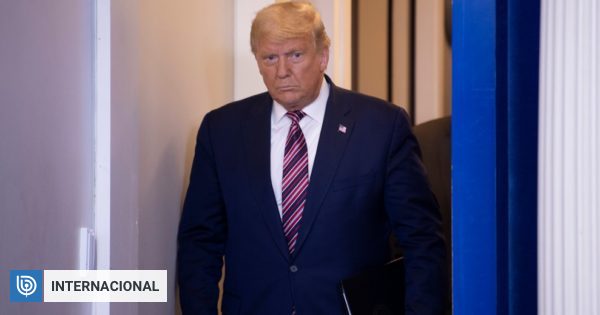 A federal court this Friday sharply dismissed the complaints from the president of the United States, Donald Trump, that the past elections were unfair and refused to put the victory of Joe Biden in the key state of Pennsylvania on hold.

In a tough review of the arguments of the Republican president’s campaign, who claims that the November 3 election was “stolen” from him, three appellate court judges indicated unanimously that the Trump team did not present genuine complaints or evidence to support their thesis.

“Accusations of injustice are serious. But saying that something was unfair does not make it unfair, ”the Court indicated.

In this appeal of a lower court decision, the Trump campaign alleged that there was discrimination.

“But this alchemy cannot transmute lead into gold”the court replied.

This is the latest in a series of setbacks suffered by the Trump campaign across the country, that has failed to convince any court that the defeat at the polls was due to the existence of fraud.

However, Trump continues to doubt the validity of the victory of his Democratic rival Joe Biden and on Thursday he insisted that there was “fraud.”

Last week a Pennsylvania court rejected the arguments from Donald Trump’s personal attorney, Rudy Giuliani, that millions of votes should be thrown out due to alleged fraud.

This Tuesday, the Pennsylvania government officially certified the results and the Trump campaign appealed in federal court to paralyze that process.

But the appellate court indicated that the Trump campaign I had nothing substantial to argue.

“These accusations are vague”, the judges stated. “It is never argued that someone treated the Trump campaign or the votes worse than the Biden campaign was treated,” he added.

With Biden’s consolidated lead in the popular vote and in the electoral college, the court warned that an appeal to the Supreme Court would go nowhere.

“The campaign already went to litigation and lost in most of these matters,” the court said. “You cannot win this lawsuit”added.

However, Jenna Ellis, one of the attorneys on the Head of State’s team, announced on Twitter that the ruling will be appealed.

“The activist judicial machinery of Pennsylvania continues to cover up the allegations of massive fraud (…) Let’s go to SCOTUS!”, He said in reference to the Supreme Court of the United States.