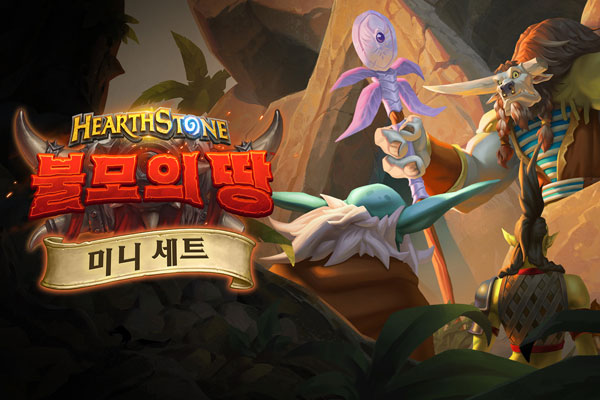 Hearthstone’s latest expansion, the world’s #1 free digital card game from Blizzard Entertainment, Inc., is coming soon with Wailing Caverns, a new mini-set that will freshen up your gameplay in The Barrens. The Hearthstone YouTube channel is constantly filled with exciting video content.

After relentlessly honing their skills in the Barrens, the mercenaries have finally arrived at Hearthstone’s newest mini-set and the Barrens’ most infamous labyrinth: The Wailing Caverns. Join forces with adventurers to defeat deadly beasts and awaken the sleeping archdruid Naralex! The contents presented through the Wailing Cave are as follows.

In addition, on the official Hearthstone YouTube channel, various contents have been reinforced one after another, including the May Streamer Cup highlight video, where veteran Hearthstone streamers and popular streamers new to Hearthstone gathered and played an exciting match. Information and fun together:

Hearthstone Beginner’s Guide – Regular Episode: For those just starting out in Hearthstone, announcer Gyuri Moon gives tips on how to win the regular game.

Barrens Return, what deck should I play? (Hyukjun Gong, Rainiahr)

Hearthtoon: Streamer Hyukjun Gong, returning to Hearthstone, will guide you step-by-step on which deck to consider first. You can enjoy not only deck information for each class, but also the delightful appearances of the two streamers drawn in Hearton and their conversation as an added bonus.

Shorts Stone: A video that captures the core of the Secret Bible Knight deck at a fast tempo in less than a minute, and players who watched it can also get the deck code through the video description.