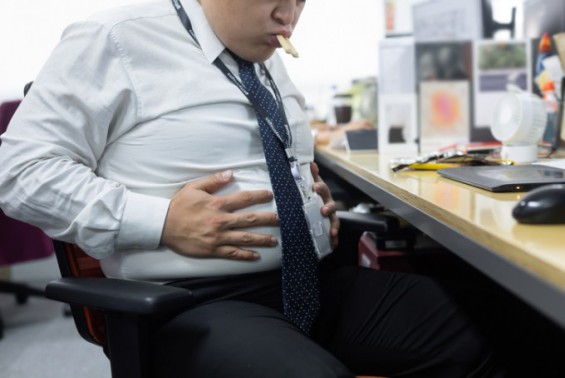 A study has found that visceral fat, the main cause of belly fat, can be removed with nanomaterials. Courtesy of Getty Imagebank.

A study has found that visceral fat, the main cause of ‘belly fat’, can be removed with nanomaterials. Attention is focusing on whether it will lead to a new obesity treatment that is not drugs or surgery.

According to the research team, the key to obesity treatment is to accurately remove fat from the body. It is easy to locate and selectively remove fat cells that are found piece by piece in ‘depots’ throughout the body.

Among the fats, visceral fat that surrounds the organs has no proper treatment. Liposuction, which removes subcutaneous fat such as forearm fat, is an invasive method and is not suitable for removing visceral fat.

The research team paid attention to the fact that fat cells that make up visceral fat are negatively charged. It was hypothesized that a substance with a positive charge, opposite to a negative charge, could remove these fat cells. A positive charge means an electric charge with positive electrical properties.

Polyamideamine (PAMA), a type of dendrimer, which is a polymer structure, was used to make nanomaterials with positive charges. Polyamide amine has the same chemical structure as a protein, but has properties that can freely impart desired chemical properties. The research team developed positively charged nanomaterial P-G3 by making polyamideamine positively charged.

Experiments using mice showed that P-G3 had an effect on visceral mast cells. P-G3 injected into obese mice soon spread rapidly throughout the body of obese mice. Soon, the physical activity to store visceral fat stopped and the weight decreased.

As a result of analyzing the sequence of ribonucleic acid (RNA, a high molecular compound that acts directly when synthesizing protein) in obese mice injected with P-G3, it was confirmed that the synthesis and storage processes of fat cells were separated from each other. Furthermore, it was shown that the storage activity of useless fat cells was inhibited. The accumulation of unnecessary fat cells is the main cause of visceral obesity.

The research team explained that the positive charge of P-G3 neutralized the negative charge of fat cells. “This treatment for visceral obesity is unique and different from conventional pharmacological or surgical approaches,” said Li Chiang, a professor at Columbia University’s Irving Medical Center in the US who led the study. It is hoped that it can be used,” he said.