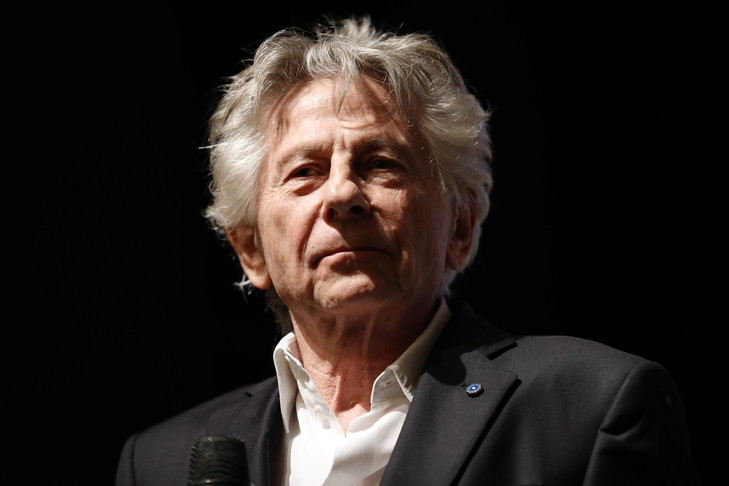 A French woman, Valentine Monnier, accuses Roman Polanski of having raped her in 1975 in Switzerland when she was eighteen, in a testimony published by the newspaper The Parisian in its edition of Saturday, November 9.

Valentine Monnier indicates that she has not filed a complaint for these facts, which are now prescribed. His accusations are in addition to those of other women brought against the filmmaker, still under the prosecution of the American justice.

His speech comes a few days after that of the actress Adèle Haenel who claimed to be a victim of sexual abuse by the director Christophe Ruggia, but also gave up filing a complaint.

Adele Haenel denounces a "grip" of Christophe Ruggia, the prosecution opens an investigation

Valentine Monnier claims to have decided to publicly bear this accusation because of the release in France of Polanski's film I accuse, scheduled for November 13, which deals with the Dreyfus affair. "I had no connection with him, no staff, no professional and hardly knew him", tells Parisian this photographer, who was a model in New York and played in some movies in the 1980s, as "Three men and a basket".

"It was extremely violent after a ski run in his chalet in Gstaad (Switzerland). He hit me, beat me to my surrender, and then raped me by subjecting me to all the vicissitudes. "says this daughter of Alsatian industrialists.

The filmmaker's lawyer, Hervé Temime, asserts Parisian as Roman Polanski "Strongly denies any charge of rape" and observes that these alleged facts from 45 years ago "Have never been brought to the attention of the judicial authority".

Marlène Schiappa encourages her to break the silence

Valentine Monnier says in this testimony, having told later tonight in the chalet of the director to his best friend, then to him who will become his boyfriend for four years. Both, joined by the Parisian, confirm his version.

Since 2017, encouraged by the scandal Weinstein, Valentine Monnier also said to have told his story in letters to the police of Los Angeles, to Brigitte Macron, Franck Riester and Marlène Schiappa.

How to restore confidence in justice for women victims of violence?

A letter from the Secretary of State for Gender Equality, communicated to AFP by her cabinet and dated March 2018, salutes the courage of Valentine Monnier "To have dared to break a silence of 42 years". The minister "Sympathizes" to his pain, while stressing that "The facts are prescribed for the French justice".

It is a letter that is addressed to all women who write to him for support, and expressing unconditional support that is obvious, argues his cabinet.

Roman Polanski is still being prosecuted by the United States in the Minor Misappropriation Proceedings against him in 1977. He then pleaded guilty to embezzlement of a minor after engaging in illegal sex with 13-year-old Samantha Geimer. . This single count was the result of an amicable agreement with the judge, after Polanski was initially charged with more serious charges, including the rape of a minor under the influence of narcotics.

Sentenced to 90 days in prison, he was released after 42 days. But the judge then felt the sentence was inadequate. Polanski had chosen to fly to France. He has since been under arrest warrant.

The Venice Film Festival opens in the controversy around Polanski's film

He has since been targeted by other charges. In the middle of the Cannes Film Festival in 2010, British actress Charlotte Lewis accused the director of having "Sexually abused (of her)" at age 16 during a casting in 1983. A second woman, identified as "Robin", in August 2017 accused her of sexual assault when she was 16, in 1973. In September 2017, Renate Langer, a former actress, filed a new rape complaint, claiming to have been assaulted in 1972 in Gstaad while she was 15 years old. Two months later, the Swiss courts declared these accusations prescribed.

All these accusations are " unfounded "said the director's lawyer.

The great triangle of art that forms the museums of the Meadow, Queen Sofia and Thyssen will open again...
Read more

Scott Disick and Sofia Richie split up after 3 years

The great triangle of art that forms the museums...
Read more

Forensic doctors see the 43,000 deaths as coherent: «Practically all of them must be computed to Covid»

The official balance of deaths by Covid-19 in Spain...
Read more
News

The President of the Evangelical Reformed Church of Switzerland...
Read more
News

Columbia Threadneedle says recovery from Coronavirus crisis should be U-shaped

The great triangle of art that forms the museums of the Meadow, Queen Sofia...
Read more

US President Donald Trump will sign a regulation on social media companies on Thursday,...
Read more