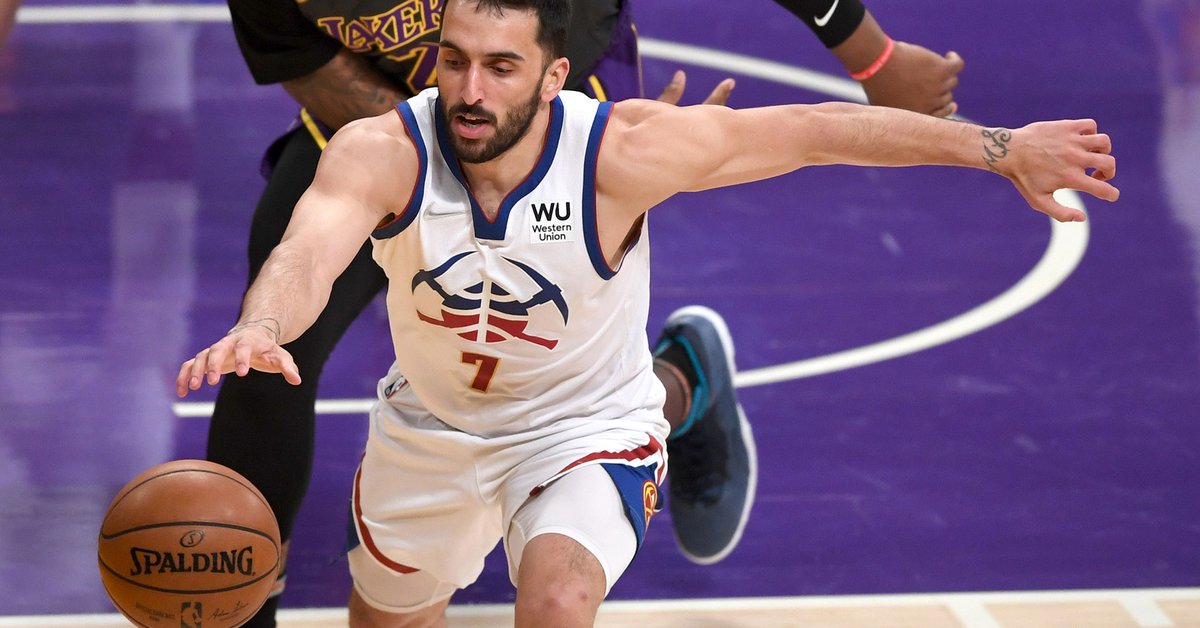 * The best of Campazzo against the Lakers

It’s official now. In his first season in the NBA, Facundo Campazzo will play the playoffs. Is that despite Denver’s loss to the Los Angeles Lakers 93-89, the Nuggets benefited from Portland’s fall to Atlanta and sealed their classification to the group that will seek to fight for the title of the best basketball league in the world. But beyond this, a match was played in the Staples Center and it was left to the locals.

It was a physically intense duel that the last two Western Conference finalists played last season. Without LeBron James, who suffered from his right ankle injury and his participation in the team will be evaluated game by game, the Lakers had a great contribution from the Spanish bench Marc Gasol to win the game. In the visitors, Denver featured another great version of Campazzo, who returned to be a starter in the group directed by Michael Malone.

The Argentine guard was on the court for almost 37 minutes and He broke a personal record again in a new NBA evening: he achieved 5 steals, now his new maximum in this area. In addition, it had a versatile contribution in the other statistics of the game, since scored 8 points, distributed 8 assists and added 4 rebounds for the Nuggets.

As has happened in most of the last games, especially since the injury of Jamal Murray, one of Denver’s stars, The Cordovan showed his leadership from the base and was aggressive on offense. He finished the game with 3-6 in shots from the court (1-4 in triples) and was very active when rescuing balls. His best action of the night occurred in the third quarter when he anticipated a pass from Kuzma: he recovered the ball and, with his back, enabled Michael Porter Jr, who ran alone to the basket and finished the play with a dunk.

See Also:  how to better identify patients at risk of severe disease

Already in the decisive room, Campazzo was one of the architects of the comeback of the Nuggets, who came down by 14 difference (69-83) and managed to recover. In the final seconds of the game, Facu had a chance to put his team within one point of the Lakers, but The giant Anthony Davis appeared to block the Argentine.

Los Angeles number 3 was the most to score on the winning team with 25 points and 7 rebounds in 33 minutes. Vital was that of Gasol, who helped the Los Angeles franchise to add an important triumph in its aspiration not to play the play in They will play from the 7th to the 10th of the conference. The Spanish achieved 10 points and 7 rebounds, but was fine behind the triple crescent (4-3) and was key.

For its part, Nicola Jokic was Denver’s top scorer again with 32 points, but he had an erratic encounter in attack (12-28 in shots from the field and 1-4 in triples) and only distributed 5 assists. Porter Jr. had 19 points, but was only active in the team’s comeback in the fourth quarter. 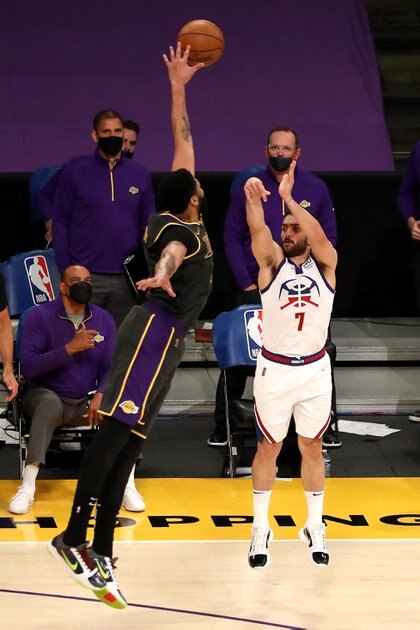 With a record of 43 wins and 22 losses, Denver remains third in the West in the NBA, same record as the LA Clippers. With the postseason qualification assured, the path of Facundo Campazzo’s team will continue this Wednesday when, as locals in the Ball Arena, welcome the New York Knicks. That game can be seen throughout Latin America by ESPN and the same will happen with the confrontation next Friday against the Utah Jazz as visitors.

Campazzo surprised by revealing which NBA team he chose to play on the PlayStation and which player made him “take all the shots”
From Ginobili’s 48 points to Campazzo’s 19: this was the best night for each of the Argentines who played in the NBA