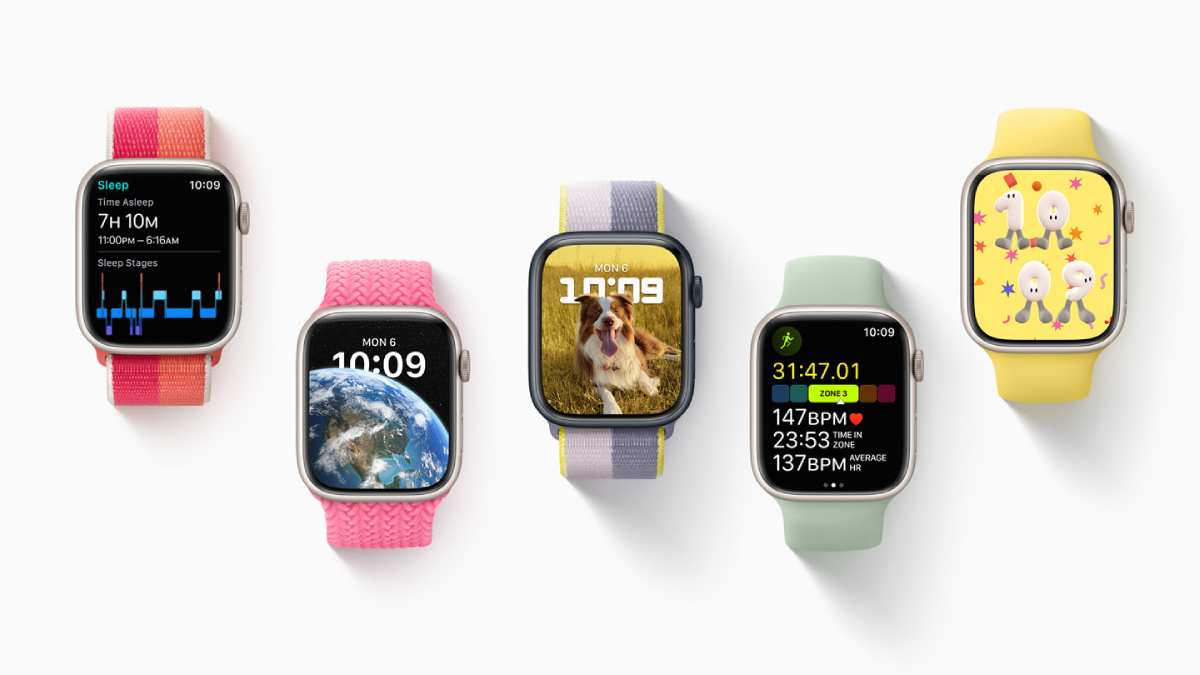 What are the new watchOS 9 features coming to Apple Watch users?

These are the new watchOS 9 update features for Apple Watch users:

The upcoming new update for Apple Watch users, watchOS 9, introduces many new watch faces, as Apple used to with each new operating system update, which includes the new lunar face of the Lunar watch, which links the Gregorian calendar and the lunar calendar, with the ability to choose between the Chinese calendar or the lunar calendar. The Hebrew or Islamic Hijri, as well as a new watch face called Playtime developed by Apple in collaboration with artist Joi Fulton, and the new Metropolitan watch face, which offers a classic watch face with a style change through the circular crown button on the side of the watch.

The new update also provides an Astronomy clock face that displays the time through a continuously updated 3D model of the Earth, Moon and Solar System.

One of the best features added by the new watchOS 9 update for Apple Watch smart watch users is the ability to remind you to take medications, so that users can track their commitment to taking medications, vitamins and nutritional supplements, by creating a list of medications and adding their dates, period and number of times, with the ability to add Medicines easily through the health application on iPhone phones and get information about these medicines, including the active substance, side effects, and others.

In addition to the previous features provided by Apple to track sleep quality based on Apple Watch watches such as Apple Watch 7 and others, watchOS 9 offers more features that help the user track his sleep in order to improve sleep quality, including the ability to track sleep stages to identify sleep times. Deep sleep, light sleep, stable sleep and awake periods, as well as the ability to view sleep comparison charts in the new Health app for iPhone phones, which allows recognition of metrics such as heart rate, respiratory rate, and how it changes throughout the night or during sleep.

The new watchOS 9 update also offers Apple Watch smart watch users an important feature that helps people with atrial fibrillation disorder OFiba heart rhythm disorder that may lead to the possibility of stroke and heart failure, and the Apple Watch smart watches were previously able to alert users when they detect signs of atrial fibrillation disorder, but watchOS 9 provides a new feature called AFib History, a feature that allows you to view An estimate of the frequency of heart arrhythmias, linking periods of disturbance with other factors such as sleep, periods of exercise and weight and displaying them through the Health app on iPhone, in addition to the ability to identify the time of day or week when AFib disorder is most common, to Besides making it easier to share this data with your doctor in a PDF file, Apple said the new feature has been approved by the US Food and Drug Administration (FDA).

New metrics to track your running

Apple said that the upcoming update for the Apple Watch, watchOS 9, helps users exercise better, depending on the presentation of new running tracking metrics, including step length, contact time with the ground, and vertical oscillation (the amount that the torso moves vertically with each step while running), This is to help understand how well they are running, in addition to the Running Power feature, which provides an instant meter of effort that helps the user run at an endurable level.

The features related to running coming for Apple Watch users later in 2022 also include obtaining immediate feedback that encourages the user to achieve his goal, in addition to the possibility of challenging the user himself when running in the same path, so that the user competes against the last or best result that he previously achieved. , while receiving instant updates to help the user achieve this.

The upcoming new update for Apple Watch, watchOS 9, also provides many improvements to the Workout app, most notably:

Follow, discover and listen to podcasts through the watch

Apple added a new feature to the podcast application for users of its smart watches, so that users can discover and follow new podcast programs directly through the watch, while supporting the provision of the application to children who use the watch only without an iPhone through the new parental and family control settings.

Control the clock options through the iPhone screen

And based on the new Apple Watch Mirroring feature, users can view the Apple Watch screen on the iPhone screen, so that people with disabilities can easily control options based on touch or voice control.

More options for sharing with the family

With the new watchOS 9 update as well, the user can create new events in the calendar directly through the Apple Watch, with the ability to easily move to specific days or weeks.

New features of the Reminders app

So that Apple Watch users can add more details to the reminders directly, including date, time, geographical location, and add tags and notes.

It is a measure that Apple says is useful as an indicator of cardiovascular health, so that Apple Watch watches with the new update watchOS 9 provide fitness estimates for the user after a walking or running exercise, even when the exercise does not reach the required intensity, with the ability to track the new measure over time. Through the Health app.

Which Apple Watch will get the watchOS 9 update?

Apple has confirmed that the following watches will get the watchOS 9 update:

But the update requires an iPhone 8 and newer, up to an iPhone 13 running iOS iOS 16.

When is the watchOS 9 update available for Apple Watch smartwatches?

The new watchOS 9 update is available for Apple Watch users as a free update later this fall 2022, but the preview version for developers is now available, and the beta version is also available during July 2022 through Apple beta site.

An unprecedented heat wave for spring hits Spain: what is it due to and how long will it last

The signs of the hour appear in Saudi Arabia.. A groom ties his beautiful bride to the bed on the wedding night and asks his friend to break her virginity and have sex with her, shocked by her unimaginable reaction! !