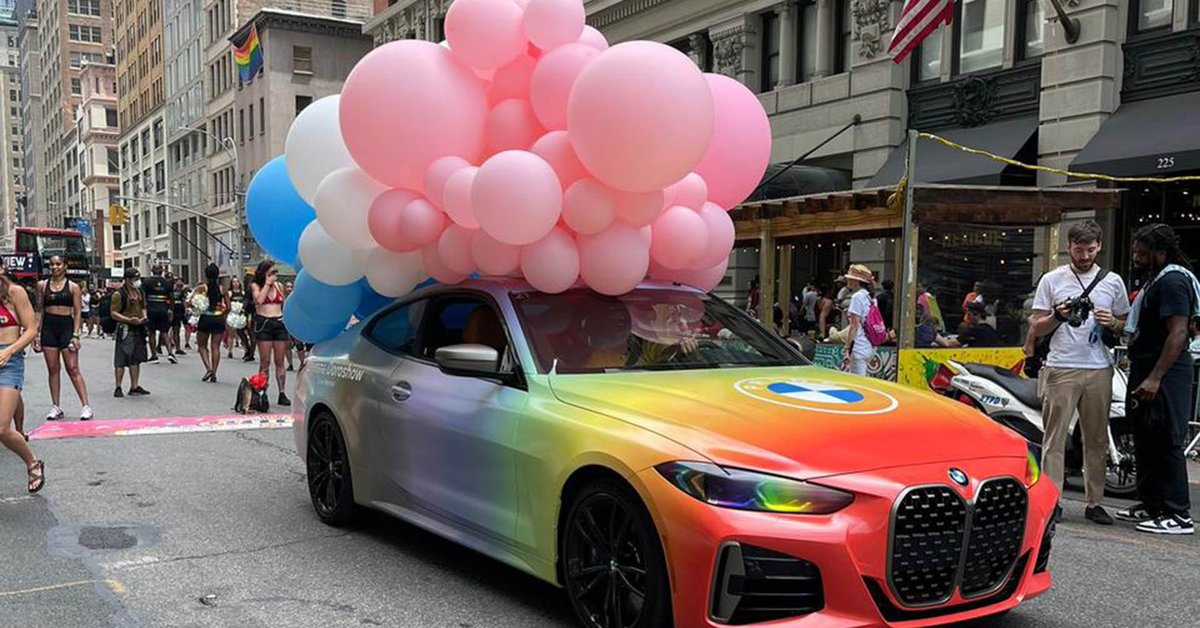 New York celebrates its LGTBI + Pride day this Sunday with an eminently virtual official event, but thousands of people have taken to the streets to claim the rights of this community in an alternative march and also have fun, taking advantage of the recent end of the restrictions against the covid-19.

The Big Apple, which in 2019 when it hosted World Pride hosted the world’s largest parade, with 150,000 participants and four million visitors, once again opted for caution in the context of the pandemic by offering a program broadcast over the internet with performances, interviews and informative content.

A small group of 200 representatives of groups seeking to advance gay, lesbian, bisexual and transgender rights paraded through Lower Manhattan at noon to an audience cheering with festive mood and waving rainbow flags, but in any case far from the crowds. usual crowds in other years.

People gather for PrideFest, a street fair with vendors, food and entertainment in Manhattan

Nevertheless, In the afternoon, many New Yorkers decided to attend the Queer Liberation March created three years ago by Reclaim Pride, a coalition of activist groups that seeks to recover the vindictive “spirit” of the movement born after the 1969 riots in the iconic Stonewall Inn gay bar in Greenwich. Village.

One of its organizers, Blake Roberts, told Efe in the central Bryant Park, the starting point, that up to 50,000 people were expected at the march and highlighted its impact: “We have gained attention in Pride, all these people seek to celebrate but also feel safe, with less police and without corporations ”.

Among colored flags, posters, cardboard figures and music was the Ecuadorian Jessica Guamán, who with her organization Hope For TGNC works to give “legal advice” and help to transsexual women and LGTB migrants, especially from Central America, when they “leave from detention centers, ”he explained.

Supporting this group and with a sign proclaiming pride “two spirits” -concept used by indigenous cultures-, a person who identified himself as Fabi pointed out that he was attending this event for the first time to also recognize “the effort of our ancestors for the release”.

New York, which has one of the highest levels of vaccination against the coronavirus in the United States, lifted restrictions against infections at the beginning of June and this weekend has experienced a return to normalcy much desired by its citizens, who they populate the terraces of restaurants, bars and nightclubs.

The kick-off for Pride was a surprise performance by pop diva Madonna last Thursday at a popular nightclub in the Meatpacking District, which was packed to the brim with fans to such an extent that hundreds of people waited at the gates. according to local media reported.

“We are here to celebrate our LGBTQ + brothers and sisters, support some incredible Queer initiatives, declare NY Pride Weekend open and the return of New York City,” the singer dropped on her social media that same afternoon. , causing a furor.

The events commemorate the June 28, 1969 uprising at the Stonewall Inn, a gay bar in Manhattan’s Greenwich Village, when patrons defended themselves during a police raid.

The official organizer of the city, Heritage of Pride, ruled out for the second consecutive year the traditional great parade with floats and instead promoted a “sample” of what the march was, according to its representatives, relying on a hundred businesses to offer “Pop-ups” (ephemeral experiences) of celebration.

The motto has been “The fight continues” and the ambassadors, in front of the celebrities chosen in previous years, have been activists such as Ceyenne Doroshow, who heads GLITS, an NGO that supports trans black people, or Wilson Cruz, the first gay actor to he played a homosexual character in a series (“My So Called Life”).

The “PrideFest”, the street fair with vendors, food and entertainment in Manhattan

Despite everything, this event sponsored by the authorities and sponsored by large corporations has once again been the subject of controversy for its decision to reject the participation of uniformed LGTBI + members of the Police from next year and until 2025, as a result of the debate National Report on Police Brutality.

For its part, the New York Gay Police Action League (GOAL) has expressed its disappointment that officers are excluded from the official celebration and has vindicated its almost 40 years of work to improve inclusion in the Body and community relations.

With information from Reuters

A new approach of Pope Francis to the LGBTQ community