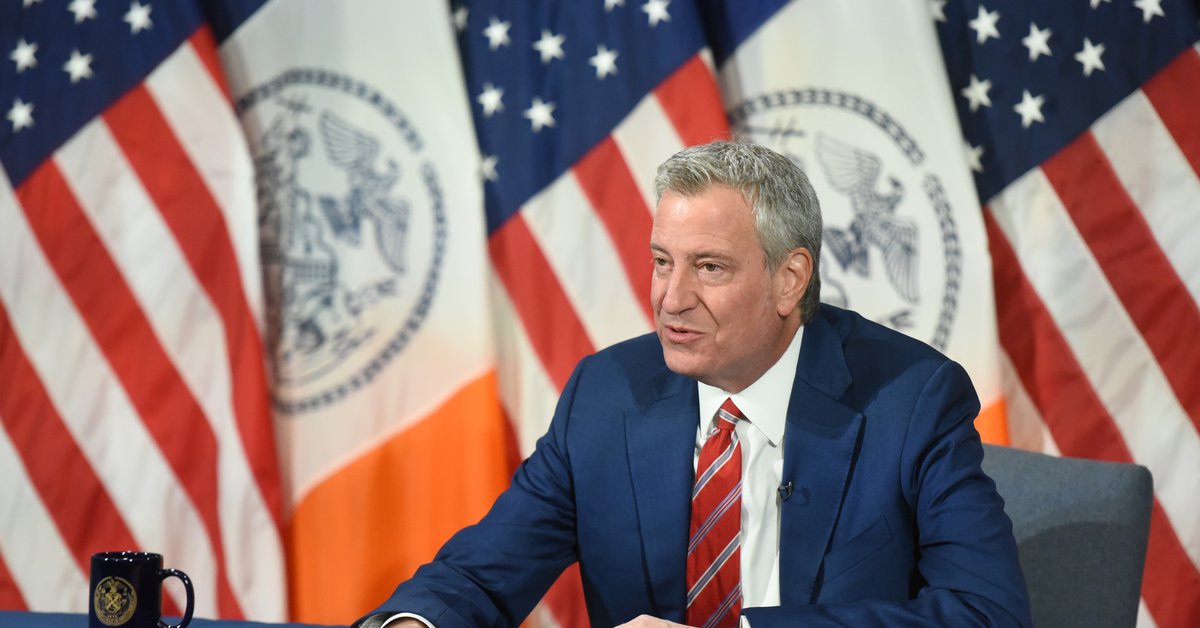 The city of New York, which closed its public schools less than two weeks ago due to the increase in cases of coronavirus, announced this Sunday that it will reopen primary centers starting on December 7. After receiving harsh criticism for sending students home while shops or restaurants were kept open and social gatherings increased, the New York City Council has backtracked and presented a new plan so that teaching can return to part of the schools.

As of December 7, Students between preschool and fifth grade of primary school will be able to return to face-to-face classes, while those in higher courses will continue with remote lessons.

Children with severe disabilities will also return to schools from December 10, as announced at a press conference by the mayor, Bill de Blasio.

New York had set strict criteria over the summer, calling for the closure of public schools and the transfer of all students to remote programs if the positive test rate in the city as a whole reached 3 percent, a lower figure than decided for the rest of the state. Thus, when coronavirus cases began to rebound this month, it closed schools, despite the fact that the number of positives in schools was very low.

De Blasio said this Sunday that he felt “very bad for the children and parents”, but that the City Council considered that it had to fulfill its commitments, measures that it had negotiated for a long time with the teachers’ unions after they threatened to to go on strike.

The reopening plan will require that students who return to classrooms undergo weekly tests for covid-19 and, unlike what has happened so far, will allow children to go to school five days a week.

This will practically end the “hybrid” model that New York had implemented., in which the students came to the center two or three days a week and the rest followed the lessons by videoconference, in what was an attempt to reduce the number of people present in the buildings at all times.

According to De Blasio, this new model is based on the “experience” acquired in recent months and will be the one that will be maintained until there is a vaccine that allows a certain return to normality. For now, only students who had registered for classroom teaching will be able to return to classes, while those who had opted for remote classes will continue on that route.

Authorities estimate that up to 335,000 students can go back to school, slightly less than a third of the total of those who were enrolled last year in the city’s public system, which is the largest in the entire United States and one of the few among the large cities of the country that had opted for classroom teaching .

The United States this Sunday exceeded the number of 265,000 deaths from covid-19 and already exceeded 13 million infected, at the same time the authorities warned of an upturn in cases in the coming days after the Thanksgiving holidays.

Two-dose vaccine: why number of applications will be one of the biggest challenges in the fight against COVID-19