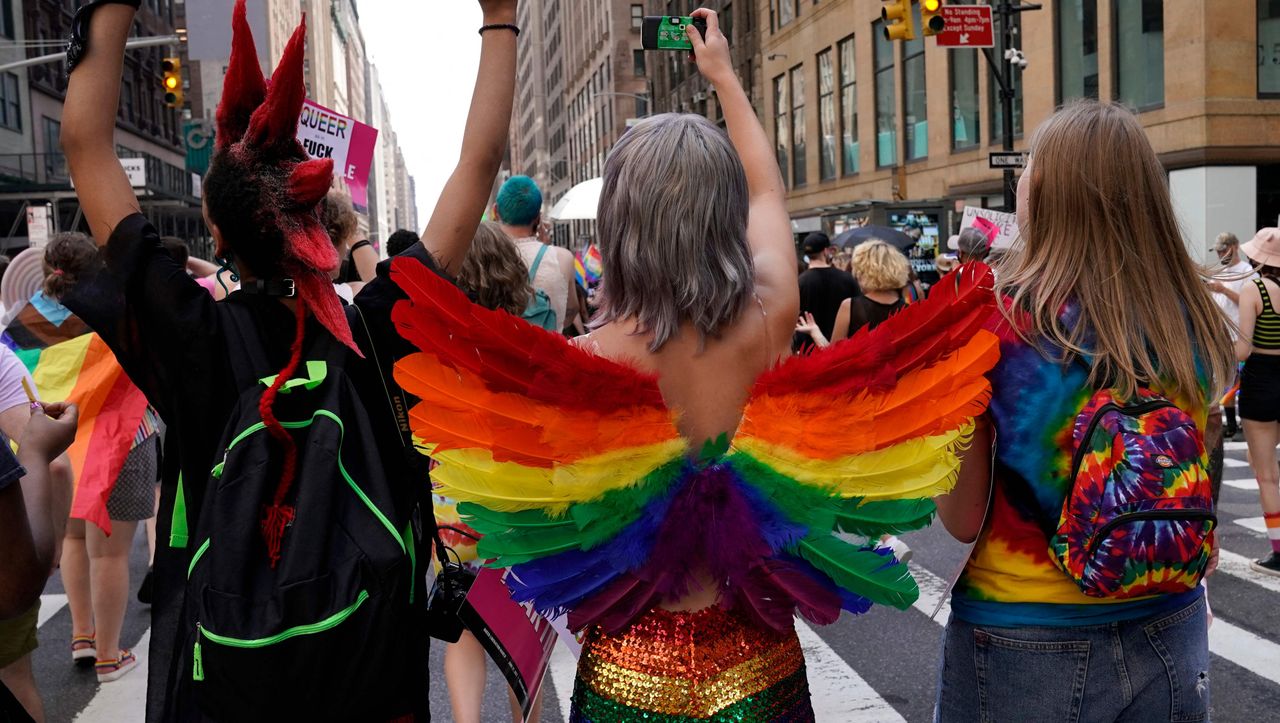 In New York, thousands of people took part in an alternative queer parade on Sunday. The protesters moved from Bryant Park in the borough of Manhattan to the famous Washington Square Park. The alternative queer march has been organized by the Reclaim Pride Coalition movement since 2019, from whose point of view the big annual Pride parade in the US metropolis has become too commercial.

Many of the demonstrators held up posters with inscriptions such as “Queer Power” or “Being gay is good”. “I think there are many people who are not interested in rainbow dyeing and commercial appropriation of LGTBQ people,” said 47-year-old protester David Bishop, referring to the great Pride parade that attracts hundreds of thousands of people every year attracts – including many politicians and celebrities. This year, due to Corona, the parade will take place virtually for the second time.

The Reclaim Pride Coalition argues that the Great Pride Parade strayed too far from the spirit of the 1969 Stonewall riots, which are believed to be the origin of the gay and lesbian movement. Police officers are excluded from participating in the alternative queer march.

The Stonewall riots occurred in the first place because the New York police tried to “take our rights away from us,” said 28-year-old protester Roby Medlyn. “Until they make real changes, they are not welcome.”

Only recently, the non-governmental organization Heritage of Pride announced that it would not allow uniformed police officers to take part in the annual Pride parade until 2025. Police associations criticized the ban as discriminatory.