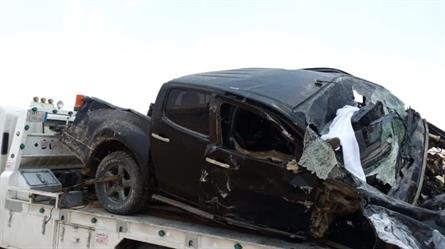 Hotat Bani Tamim governorate, south of Riyadh, witnessed a terrible accident on Wadi Barak Road, which killed 9 people, 8 of them from one family.

Citizen Sultan thanked him, through his account on “Twitter”, his sons and his wife, who were victims of the accident on the first day of Eid, praying to God to reward him in his calamity and give him something better than it.

He stated that the funeral will be held for the deceased after the noon prayer today (Wednesday), at the Prince Mishaal bin Abdulaziz Mosque in the province of Hotat Bani Tamim.