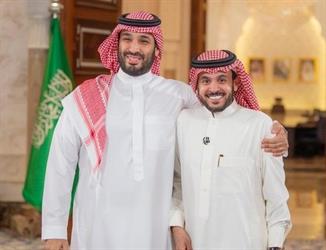 The journalist Abdullah Al-Mudayfer spoke about what happened between him and the Crown Prince, Prince Muhammad bin Salman, before and after the TV interview he had recently conducted with him, which was shown by several satellite and local channels.

The presenter of the “Al-Liwan” program, broadcast on “Rotana Khaleejia” channel, stated that he met the Crown Prince the day before the meeting, and he also met him the day after.

He pointed out that he spoke with Prince Mohammed bin Salman on several issues related to the Kingdom, while the latter expressed his perceptions of each issue in terms of numbers, and his vision of the current and future situation of what these issues will reach.

He stressed that the Crown Prince has a perception of the overall dimensions of the issues and at the same time is interested in their details, noting that he is also a good listener and has an iron memory.

Al-Mudayfer added that what caught his attention was Prince Muhammad bin Salman’s ability to inspire, pointing out that everyone who knew with him or the circles close to him see the effect of inspiration in them.

Part of what I learned in ten years … ⠀