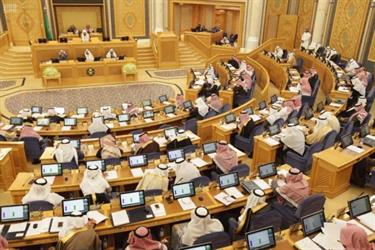 A number of members of the Shura Council submitted a request to approve the proposal to add a new article to the “residency system” that would enable the children of female citizens married to non-Saudis to obtain a “permanent residence” license for an unlimited period without financial fees.

According to Okaz, the members explained that the implementation of the proposal is on the condition that the woman marry a non-Saudi, and that the marriage took place with the approval of the competent authorities and with a marriage contract documented by the concerned authority, noting that this would contribute to the achievement of international agreements and covenants signed by the Kingdom on human rights.