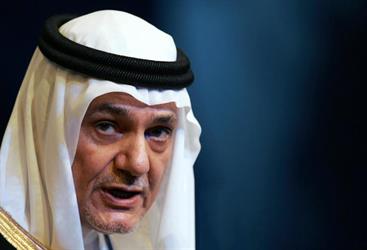 The former head of the General Intelligence, Prince Turki Al-Faisal, recounted the refusal of the United States to extradite Osama bin Laden after the Sudanese government offered them this while he was in Khartoum.

And he indicated during his speech to the Al-Mawqif program on the Saudi channel today (Wednesday), that former Sudanese President Omar al-Bashir offered King Abdullah to hand them over to Osama bin Laden, but he stipulated that he not be tried.

He pointed out that King Abdullah rejected that, stressing that the kingdom rules by Sharia and no one is above it, and bin Laden will be tried for what he did.

He revealed that the Sudanese government then offered to extradite bin Laden to America, but it refused on the grounds that they had no evidence to prove that he had committed an act hostile to their country.

He stressed that the Kingdom has succeeded in confronting terrorism and curbing it through the wise management of this file, in the past and currently.

He added that we must always be at the forefront in the face of the possibility of terrorism knocking on our door from time to time.

The condition of the former Sudanese President “Al-Bashir” to hand Osama bin Laden to the Kingdom ..@tariqalhomayed#Turki_al-Faisal_in_the_position#Saudi_channel pic.twitter.com/vtadO0MDSv