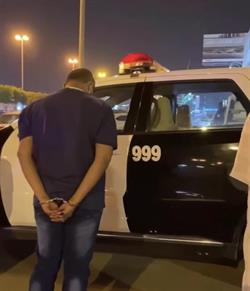 Security patrols of the Asir region seized, during field surveys, a number of arrest warrants.

And the “Snap Interior” account stated, during a video clip, that the security patrols in Abha city arrested 4 people in an abnormal situation, and by searching them, an unknown amount of money was found in their possession, a piece suspected of narcotic hashish, 18 tablets subject to medical control, and a bladed weapon.

He added that after suspecting one of the vehicles, it was stopped and it was found that the vehicle does not belong to its driver, as well as a circular of his arrest, indicating that all legal measures will be taken against all of them.