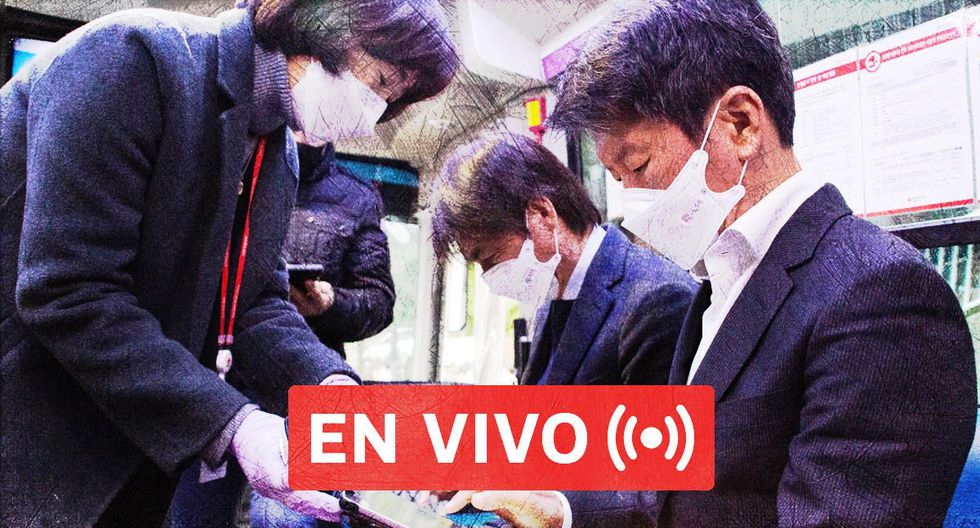 He coronavirus continues to gain ground even in countries that were considered exemplary in their combat and several increased restrictions to contain the pandemic.

Since it appeared in China in December, the virus has added more than 828,000 deaths worldwide and 24 million infections, according to an AFP count based on official figures.

The United States remained on Thursday as the country most affected by the pandemic, with 5.8 million confirmed cases, 180,527 deaths and 42,859 new infections in the last 24 hours, reported Johns Hopkins University.

Still, its health authorities, which encouraged people without symptoms to get tested if they had been in contact with someone infected, now consider it unnecessary.

The virus has not given Latin America respite, with more than 266,000 deaths and more than 7 million infections, which makes it the region most affected by this pandemic on the planet.

“It’s killing us,” read a banner at a protest at a Lima hospital, alluding to the 146 Peruvian doctors killed by the pandemic.

In Argentina, where severe restrictions are applied, the epidemic is experiencing a strong advance and the municipality of Buenos Aires guaranteed its inhabitants the “right to say goodbye” to patients dying from covid 19.

“In much of the world, the coronavirus was defined as the disease of loneliness. There are many cases of family members who feel that their loved ones died because they felt alone, “said Deputy Facundo Del Gaiso, author of the initiative.

See Also:  Should Azana and Negrin be repatriated with honors as head of state?

A family member between 18 and 60 years old may accompany a patient in his terminal phase. Argentina registered 370,175 cases and 7,944 deaths on Thursday.

Cuba had the coronavirus at bay but an outbreak of the disease in Havana led to decree a night curfew on Thursday until September 15.

The island reported 3,806 infections and 92 deaths on Thursday.

Since it appeared in China in December, the virus has added more than 826,000 deaths and 24 million infections worldwide, according to an AFP count based on official figures.

France on Thursday forced the use of the mask throughout Paris and Germany and South Korea, considered models in the control of the pandemic, also increased the restrictions.

In Europe, outbreaks are becoming critical: On average, Germany adds 1,500 new cases a day, France more than 3,000, while in Spain, where the new most serious outbreaks are registered, new daily infections have reached 8,000.

In Germany, where numbers of new cases are the highest since the end of April, those who do not wear masks will be fined and the number of people who can gather will be limited to 25.

In addition, Germany, which has already extended its restrictions on tourist travel outside the European Union until September 14, will extend the ban on public at fairs, festivals and stadiums until the end of the year.

South Korea, once an example of good crisis management, this Thursday had to close the doors of its parliament, with a group of deputies in quarantine, due to fears of the spread of the virus.

See Also:  Haiti: 15 children killed in the fire of an insanitary orphanage

The repercussions of the pandemic remain impressive, not only in the number of deaths or in the magnitude of the economic disaster, but also in the social sphere.

Many countries have chosen to resume classes under strict security measures, such as Great Britain or France, where the use of masks in schools and universities will be compulsory, from a certain age, once the school year restarts next week the government announced this Thursday.

The pandemic has deprived 463 million children of education who have not been able to follow distance classes during the closure of their schools, according to a report by the United Nations Children’s Fund (UNICEF) published this week.

“It is a global educational emergency,” the director of that UN agency, Henrietta Fore, warned in a statement.

The UN estimates that nearly 1.5 billion children were affected by school closings and lockdowns.

Mexico: Gym reinvents itself and now sells tacos to survive the COVID-19 pandemic