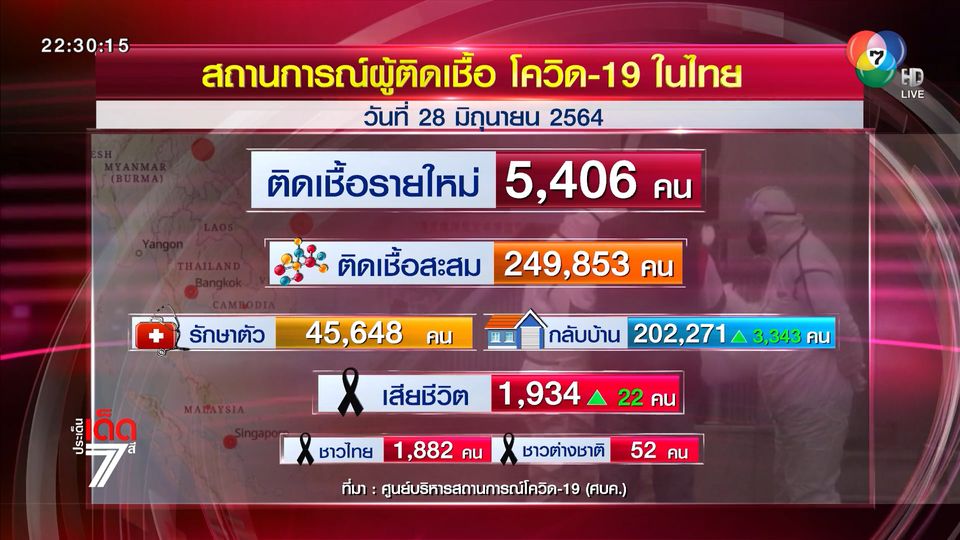 Highlights in 7 colors – The situation of infected people with COVID-19 in Thailand is still worrying Recently, it came back to surpass five thousand again. 22 more deaths, most importantly, the rate of infection to death. Most of them take no more than 2 weeks.

In this regard, Bangkok It is also the province with the highest number of infections. There are 112 clusters to be monitored, while Mae Sot District A new cluster of 447 people was formed, making Tak Province. There is a second new case of infection.

Prof. gave measures to help entrepreneurs in 6 provinces, with more than 600,000 people affected after the regulations were issued. order to close the construction site stop construction and prohibiting the movement of labor for 30 days in 6 dark red provinces Both employers and employees Including restaurant operators totaling 7,500 million baht will receive compensation as specified.