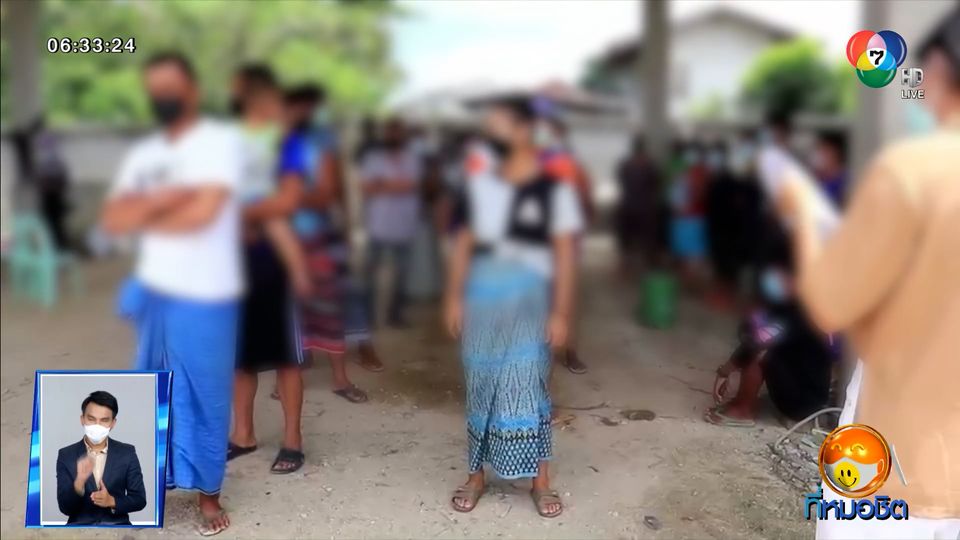 This morning at Mo Chit – The situation of Covid-19 in the southern border provinces is still worrisome. found the proportion of infected people more than the Bangkok area and perimeter

The COVID-19 situation in the four southern border provinces, namely Yala, Narathiwat, Pattani, and Songkhla, is still worrisome. Recently, the number of infected people accounted for up to 22% of the country, more than Bangkok and its vicinity. that add up to 19%

As the situation with COVID-19 infection Of Yala province yesterday (October 11), the number of new infections stood at 719, the second highest in the country after Bangkok. And from now on, the province will speed up public relations for people to get vaccinated to reduce the rate of illness from being severe. and expedite the detection of COVID-19 cases to receive the most treatment

Recently, it was found that a 13-year-old boy in Yala province has died of Covid-19 and has a congenital disease with diabetes. and not vaccinated. A 34-year-old pregnant woman also died in Yala. Therefore, it is necessary to accelerate the mobilization of vaccinations to prevent the outbreak as much as possible because now the four southern border provinces Covid-19 vaccination is relatively small, about 41.9% of the population

while Dr. Kiattipoom Wongrachit, Permanent Secretary of the Ministry of Public Health Analysis of the situation of COVID-19 infection in Thailand, the definite reduction is Bangkok. But the situation of infection in the four southern border provinces The upswing in Songkhla, Narathiwat, Pattani and Yala provinces totaled 22% of the country. And will send 500,000 doses of the Pfizer vaccine because the area has a beta infection as well.

Meanwhile, Dr. Supakit Sirilak, Director-General of the Department of Medical Sciences, revealed that Thailand has not yet found COVID-19. new species from random infection all the time It is also a 97.5% Delta strain, 2.2% Alpha strain and 0.3% Beta strain.

All strains are still susceptible to vaccines. There will be only one strain, Beta, that is resistant to or avoids vaccines, but outbreaks are few. Only in the south important for safety Ask people to speed up vaccination to reduce the rate of serious illness and death as well.

For the Covid-19 situation yesterday (11 Oct. Oct.) found 10,035 new cases, a total of 1.72 million people, 60 deaths and 110,000 people are still being treated, while the patients are severely ill, pneumonia and intubation are reduced. go down

in Songkhla Province behind the Malaysian government Announced to open borders for Malaysian people who have received full dose of Covid-19 vaccine to travel between states in Malaysia. and travel internationally without MyTravelPass starting yesterday (11 Oct.)

This morning’s news team at Mo Chit He went to explore the Thai-Malaysian border crossing and found that there were still not many tourists entering the country, only Thai people living in Malaysia. Only travel back to the country

Mr. Surin Siriyawong, Sadao District Chief, revealed that although neighboring countries eased measures allow tourists to travel through the checkpoint It is traveling by passenger plane only. not a land trip through international borders also now Thailand has not announced the opening of border checkpoints for tourists from neighboring countries. Therefore, we have to wait for a clear announcement again. when to start opening for tourists to travel across the border