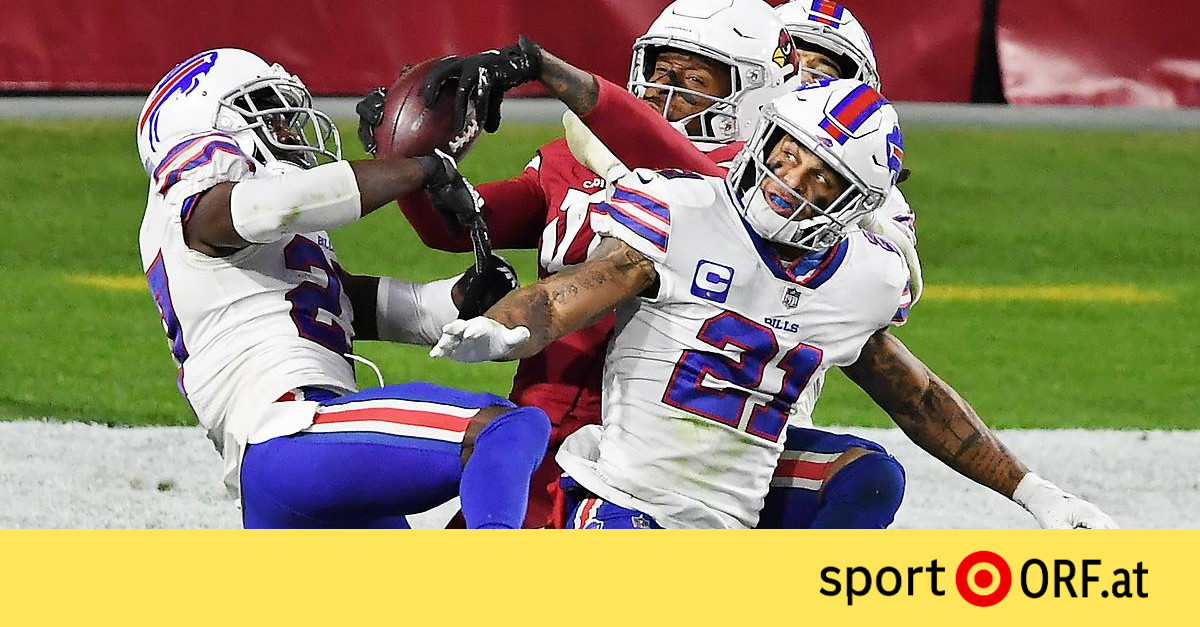 The match in Arizona ended on Sunday (local time) at 32:30. Accordingly, Hopkins was immediately showered with praise and recognition from colleagues, competitors and stars from other sports in the social networks.

“Never say it’s impossible,” he wrote himself about a video of the scene. “@DeAndreHopkins is a monster man,” commented quarterback Patrick Mahomes of the Kansas City Chiefs – the Super Bowl winner is usually more of a recipient of incredulous praise for insane actions. NBA star LeBron James was also impressed and wrote that his brother was different.

The Buffalo Bills, who missed their eighth win of the season, continue to lead the AFC East. Close behind are the Miami Dolphins, who scored their sixth win of the season with a 29:21 at home against the Los Angeles Chargers. The New England Patriots also continued their upswing and beat the favored Baltimore Ravens with 23:17. Quarterback Cam Newton led the Patriots to success with a touchdown pass and a self-run touchdown. With four wins and five defeats, the Patriots’ play-off hopes are still intact.

Steelers as the only team still unbeaten

As the only team in the league, the Pittsburgh Steelers remain undefeated in the AFC North and now have nine wins from nine games. There was a 36:10 against the Cincinnati Bengals – even though quarterback Ben Roethlisberger was not allowed to train for the entire week due to the NFL’s coronavirus rules. The 38-year-old still delivered passes over 333 yards and for four touchdowns.

In the hotly contested NFC West, the Los Angeles Rams took an important win against the Seattle Seahawks. The 23:16 ensured that three teams with a record of six wins and three defeats go into the remaining games of the main round – the Rams, the Seahowks and the Cardinals. The San Francisco 49ers are the fourth team in the division with four wins and six losses and last and were also subject to the New Orleans Saints. Their quarterback Drew Brees had to leave the pitch early at 27:13 with an injury to his ribs.

Buccaneers report back to Schlappe

New Orleans continues to lead NFC South ahead of the Tampa Bay Buccaneers. These were led to a safe victory against the Carolina Panthers a week after the clear defeat against the Saints by quarterback Tom Brady. The team from Florida showed improvement in all areas at 46:23, in particular the offensive against New Orleans, no matter how disappointing, made its contribution. A highlight of the game was a 98-yard run into the end zone of Tampa’s running back Ronald Jones.

Brady threw passes for 341 yards of space and three touchdowns. He got a touchdown of his team himself. Against the Saints, the six-time Super Bowl winner Brady had the highest defeat of his successful career at 3:38. Panthers quarterback Teddy Bridgewater couldn’t finish the game after being knocked to the ground by a defender.

In the NFC North, quarterback Aaron Rodgers led the Green Bay Packers to a narrow 24:20 against the Jacksonville Jaguars and is still fully on the play-off course with his team. Rodgers made the decision with a successful touchdown pass to Davante Adams after the guests went into the final quarter with a 20:17 lead.

Like last season, Green Bay now has seven wins and two losses after nine games. The Jaguars, however, conceded their eighth defeat in the ninth game.

The New York Giants caused a surprise in the NFC East with a 27:17 against the Philadelphia Eagles. Before the start of the game, the Eagles were leaders in the weakest NFL division, and the Giants were in last place, but now climbed to second with only three wins in ten games and still have a chance of the play-offs.