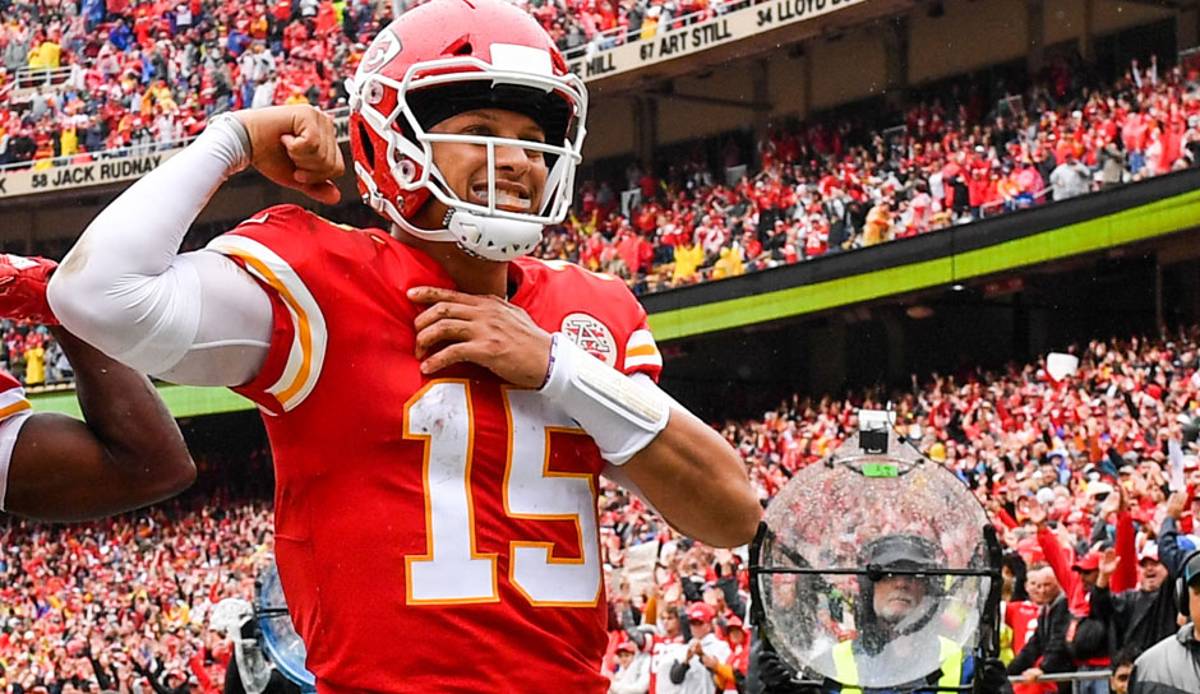 As in the previous year, the Kansas City Chiefs are in the Super Bowl and could be the first team since the New England Patriots 2004 to successfully defend their title. But how does this year’s team compare to the champions of the previous season in direct comparison? The chiefs in data analysis.

You can see the Tampa Bay Buccaneers in Super Bowl LV live on DAZN – either with German or US commentary. Get a free month now!

But it is not that simple. A look at the numbers should give us more insight.

A look at the bare figures shows that the Chiefs have increased almost across the board in their offensive production.

The chiefs have become more efficient compared to the previous year. With almost the same number of drives, they achieved almost 600 yards and 22 points more. However, the scoring percentage changed only slightly.

See Also:  Trial of 31 "yellow vests" for the sacking of the Narbonne toll

The increase in points and yards can mainly be explained by the fact that Patrick Mahomes missed almost three full games last year with a knee injury. This year he started 15 games and sat outside in the season finale in week 17 for protection, but was always active before that.

As far as turnover is concerned, the high level of the previous year could essentially be maintained.

While offense production has increased, defense certainly took a step back.

The explanation for this is, however, quite simple and has only limited to do with the overall performance of the Chiefs. Opponents have generally become more aggressive this season because they learned from 2019 that you can’t play conservatively against KC. Accordingly, more was put on the pass and less on the run.

As far as the significantly more permitted points are concerned, the explanation for this is obvious: Your own Red Zone Defense is essentially like an open barn door! In more than 74 percent of their opponents’ Red Zone trips, the Chiefs allowed touchdowns. Not only are they clearly worse than 2019, they also represent the worst data center defense in the entire NFL. Only the Lions (72.31 percent) also allowed touchdowns in over 70 percent of the cases.

See Also:  QUIZ. Are you a cador in children's literature? Test your knowledge

In this section we primarily look at DVOA, i.e. Defensive Value over Average (more detailed explanations can be found here!), A rating statistic from Football Outsiderswhich has the advantage that it is meaningful not only in the context of a particular season, but also in a comparison of different years.

Specifically, it is about how efficiently a team – and its individual units – appear. In general, the percentage should be as high as possible for offense and too low as possible for defense.

The numbers from FO primarily confirm what the crowd statistics have already indicated: The offense continues to play at a very high level.

Defense, however, is problematic. And this is where the weak Red Zone performance comes into play. Touchdowns have a big influence on this consideration and if you allow so many more, especially in the Red Zone, efficiency goes down.

Overall, defense efficiency fell by around six percentage points. While the Chiefs Defense was in the upper midfield in the previous year, it was only 22nd in the league in 2020. The main reason for this is clearly the pass defense, which has suffered from the more aggressive opponents. In terms of staff, relatively little has changed compared to the previous season.

This of course also begs the question of whether the defense as a whole was actually as good as the numbers show last year or whether it was a result of a league that tried to play more conservatively against the Chiefs. This means more running game to control the clock so that Mahomes and Co. get the ball less often. A remedy that is simply not very effective.

See Also:  If necessary, "the State will be there for Airbus", assures Gérald Darmanin

On the other hand, this decline in defensive efficiency and production also underpins the general assumption that defense production is much more difficult to keep at a constant level than offensive production.