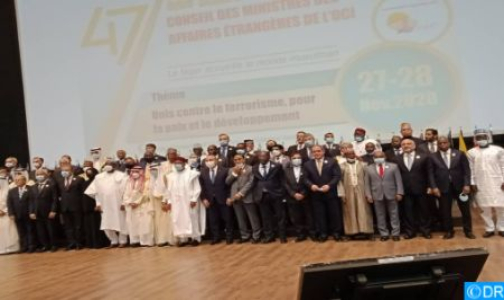 Niamey- The Council of Foreign Ministers of the Organization of Islamic Cooperation (OIC) reaffirmed, Saturday in Niamey, its attachment to the Skhirat Political Agreement as the basis for any final and lasting solution to the Libyan crisis.

“Any final and lasting solution to the Libyan crisis cannot be achieved without the comprehensive political settlement provided for in the political agreement signed in Skhirat, Morocco, on December 17, 2015, and supported by the international community, in particular resolution 2259 of the Council of Security of the United Nations ”, affirmed the Council of Foreign Ministers of the OIC in the resolutions sanctioning the work of its 47th session.

The council also said to support all the processes meeting the aspirations of the Libyan people held under the aegis of the United Nations and the balanced inter-Libyan dialogue and including all the parties aimed in particular at setting the criteria for occupying the positions of sovereignty and holding presidential and legislative elections on December 24, 2021.

The 47th session, held for two days under the theme “united against terrorism, for peace and development”, was marked by the election of the members of the Permanent Independent Commission of Human Rights (CPIDH) of the OIC, the handover of the Presidency of the Council of OIC Foreign Ministers between the United Arab Emirates and Niger and the adoption of draft resolutions.

Morocco is represented at this session by a delegation led by the Minister Delegate in charge of Moroccans living abroad, Nezha El Ouafi and composed in particular of the Moroccan Ambassador to Niger, Allal El Achab, the Deputy Permanent Representative of Morocco to of the OIC, Abdallah Babbah and of the head of the division of Arab and Islamic organizations at the Ministry of Foreign Affairs, African Cooperation and Moroccans living abroad, Abderrahim Mouzayane.