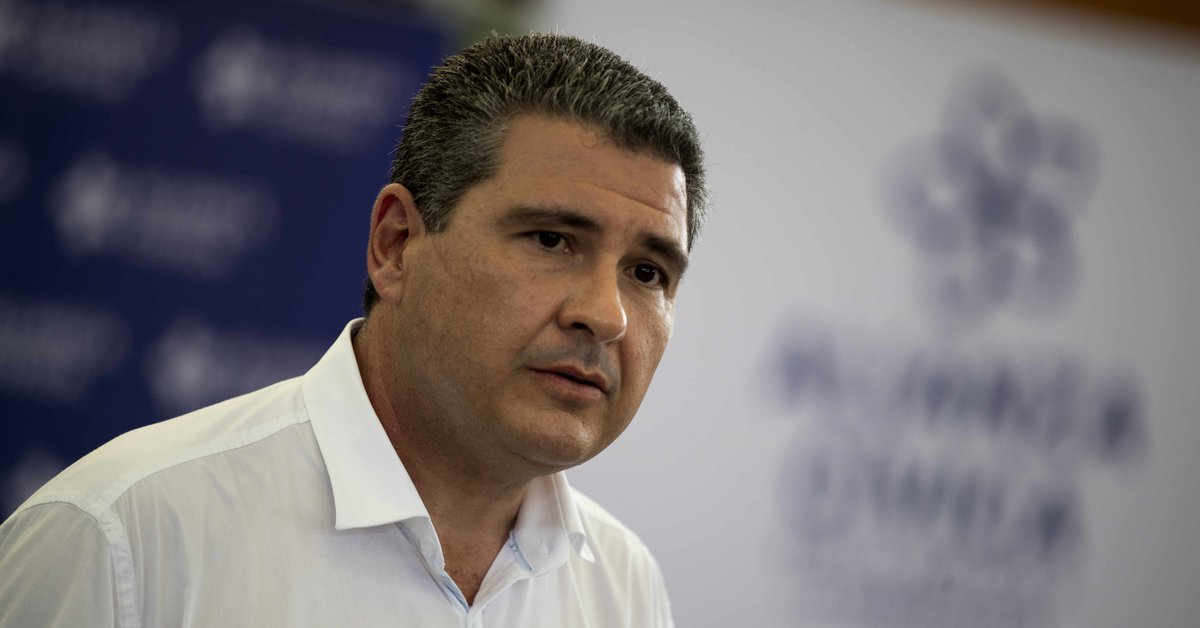 The Daniel Ortega regime detained the opposition Juan Sebastián Chamorro García on Tuesday, who became the fourth presidential candidate imprisoned in the country, and to whom laws enacted to supposedly protect “sovereignty” and “peace” are applied.

The last arrest, that of Juan Sebastián Chamorro García -cousin of another detained candidate, Cristiana Chamorro Barrios-, occurred under charges of “inciting foreign interference in internal affairs”, “organizing with financing from foreign powers to carry out acts of terrorism”, Among others, according to a press release from the National Police.

His arrest, hours apart from that made around noon against fellow candidate Félix Maradiaga, occurs five months before the November 7 vote and amid international rejection, which demands the immediate release of the detainees.

The charges for which they are appointed are contemplated in the Law for the Defense of the Rights of the People and Sovereignty and Foreign Agents, approved in December at the initiative of the Ortega regime.

The Nicaraguan Center for Human Rights (CENIDH) condemned Maradiaga’s arrest and denounced that the authorities are using “a new repressive model: to summon, without saying why, those they consider political enemies, to interview them, let them leave the Prosecutor’s Office and then detain them on the way home or inside ”.

In this way, Chamorro He becomes the fourth candidate for the Presidency by the opposition investigated and detained in the absence of five months before the general elections are held, in which the country’s dictator, Sandinista Daniel Ortega, seeks a new reelection.

The first arrested was Christian Chamorro, daughter of the former president Violeta Barrios de Chamorro (1990-1997) and the opposition figure most likely to win the presidential elections next November, and the second was Arturo Cruz, who was ambassador to the United States of the Ortega government between 2007 and 2009, and the third is the opposition leader and presidential candidate Felix Maradiaga Blandon.

Before being arrested, Juan Sebastián Chamorro had condemned the arrest of Maradiaga Blandon. “My strongest protest at Felix’s arrest, which is illegal and arbitrary. Those responsible for these abuses will be condemned in a Nicaragua in justice”, Wrote the opponent on his Twitter account.

In addition to the arrest of the candidates, which according to local laws would leave them out of the elections, the electoral court eliminated the Democratic Restoration Party (PRD-Evangelical) and the Conservative Party (PC-right), the oldest in the country .

Félix Maradiaga, a candidate for the opposition group Unidad Nacional Azul y Blanca (UNAB), leaves the office of the Nicaraguan attorney general after being summoned by the authorities, in Managua, Nicaragua, June 8, 2021. REUTERS / Carlos Herrera

On the other hand, the United States expressed its concern on Tuesday for the arrest of the Nicaraguan opposition leader, Félix Maradiaga Blandon, the third candidate for the country’s presidency to be arbitrarily apprehended by the Daniel Ortega regime in less than a week.

“The arbitrary detention of presidential candidate Félix Maradiaga – the third Nicaraguan opposition leader detained in ten days – should dispel any remaining doubts about Ortega’s credentials as a dictator. The international community has no choice but to treat it as such “, he stated on his social networks Julie Chung, Acting Undersecretary of the US Department of State for Western Hemisphere Affairs.

The Secretary General of the Organization of American States (OAS) also spoke. Luis Almagro, who demanded “the immediate release of Félix Alejandro Madariaga Blandón”, as well as it did last week in the cases of Chamorro and Cruz. The former Uruguayan Foreign Minister indicated that “The Daniel Ortega regime must cease the violations of the fundamental rights of its citizens and the principles of the Inter-American Democratic Charter.”

Ortega, 75, who returned to power in 2007 and has been in power since 2017 with his wife, Rosario Murillo, is running for the presidency for the eighth time in the November 7 elections.

The Sandinista dictator is in his second stage as president of Nicaragua, after coordinating a Governing Board from 1979 to 1985 and presiding over the country for the first time from 1985 to 1990.