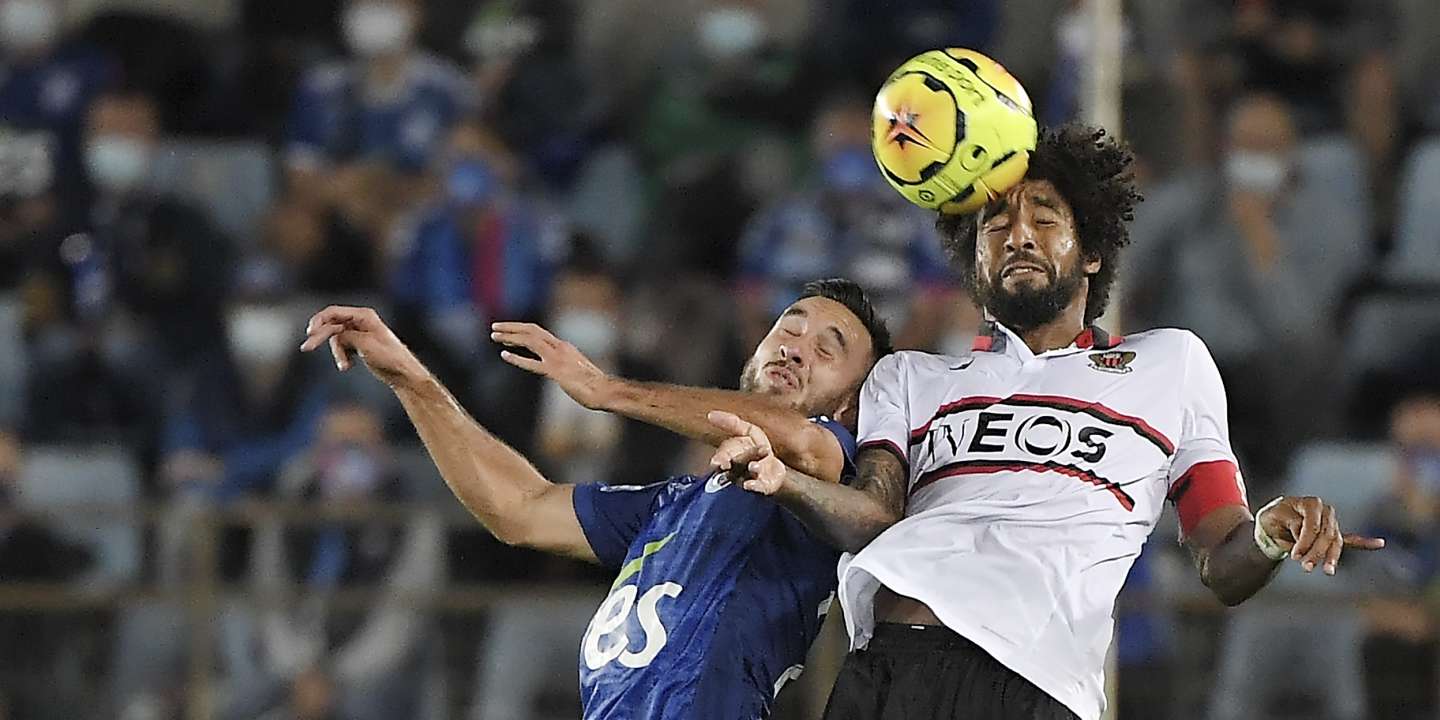 A week after its inaugural success against Lens (2-1), Nice won, Saturday, August 29, in Strasbourg (2-0) thanks to a double from the Danish Kasper Dolberg and seized the head of the League 1.

Redoubtedly effective if not brilliant, the French Riviera team, which has strengthened itself well this summer, especially in view of the Europa League that it will play from October, has confirmed that it should fight for places European this season. After Amine Gouiri, still precious on Saturday, during the first day, it was Dolberg who, this time, scored a double (37e s.p., 59e) to lead the Aiglons to victory.

As during the defeat in Lorient (3-1) last weekend, Racing made serious defensive errors and was punished by his opponent. With zero points on the clock, the Strasbourg people will have to react on the next day, in two weeks in Saint-Etienne.

Despite the absence of the Alsatian kop, who preferred to desert Meinau because of the capacity limited to 5,000 people by the government following the Covid-19 pandemic, the atmosphere was nevertheless very good in the Strasbourg den.

At the start of the game, Nice confiscated the ball but without succeeding in being dangerous while Strasbourg created situations on set pieces, such as this free kick from Kenny Lala which fell just behind the Nice crossbar (25e).

The Aiglons, who collected six warnings in the first period, took advantage of an Alsatian error to take the lead on the penalty spot. After a bad recovery from Lionel Carole followed by poor control from Lamine Koné, the Strasbourg captain mowed down Eddy Sylvestre in the box and allowed Dolberg to score his first goal of the season (0-1).

On the restart, Strasbourg again pushed to find the fault, but lacked precision, like a catch of unscrewed volley from Majeed Waris (54e) or a header from Ludovic Ajorque just above (57e).

As in the first period, the RCSA was punished by the OGCN for a new defensive error: Gouiri recovered the ball in the feet of Lala and his opening for Dolberg, deflected by an Alsatian, was masterfully concluded by the Dane of a small stung balloon (0-2, 59e).

After the international break, the Niçois will be on the move again in two weeks: in Montpellier, this time, before the reception of PSG.

Read also Ligue 1: Lyon is off to a good start by winning against Dijon (4-1)

A little earlier in the day, the Rennais confirmed their good start to the championship. A week after a convincing draw on the Lille lawn, Julien Stéphan’s men won against Montpelier (2-1). They were well helped in their task by their opponents, notably with defender Damien Le Tallec who deflected a cross from Raphinha in his own goal (22e). Just before half-time, the Montpellier Florent Mollet was sent off after the intervention of the assisted video (VAR) for a foot at the height of the head of Faitout Maouassa (43e).

And while Rennes in turn went to ten due to the expulsion of Martin Terrier (73e) for a dangerous tackle, the Bretons did not have time to doubt: three minutes later, Eduardo Camavinga offered a recital in the area of ​​Montpellier to give air to his team: a one-two with Faitout Maouassa , an acceleration, a body feint and an unstoppable cross shot for a goal that will be remembered (77e). The 17-year-old midfielder, revealed in 2019 and already decisive on the first day against Lille, celebrated in the most beautiful way his first call-up for the France team.

He was right to shelter his team since Gaëtan Laborde closed the gap in added time. Without being able to prevent the defeat of his team for his first match of the season – the first day’s meeting against Lyon was postponed due to Rudi Garcia’s men’s run in the Champions League.

Lyon therefore started their championship on Friday night and easily won their match against Dijon (4-1). The other meetings take place on Sunday August 30, with the exception of Lens-Paris, postponed to September 10 at the request of the Parisians after their C1 final against Bayern Munich on Sunday August 23.