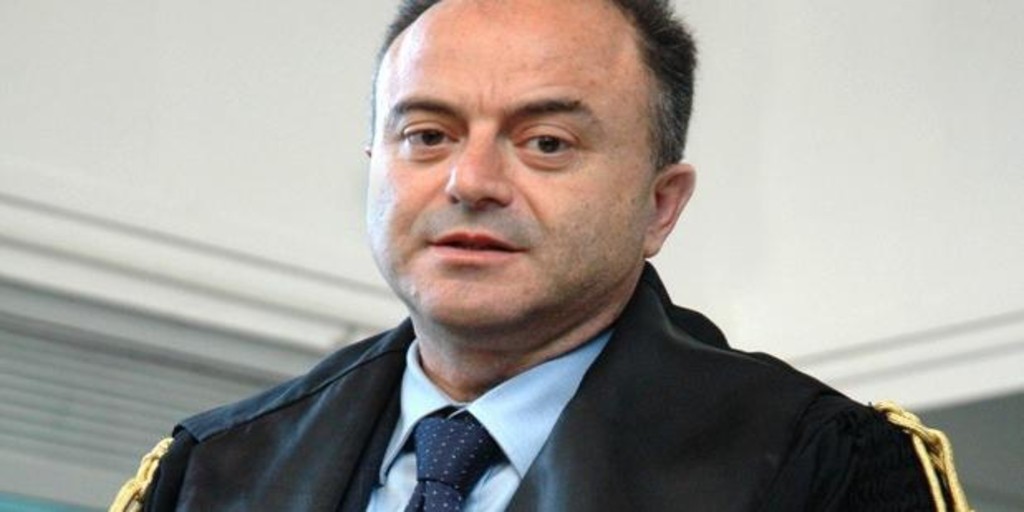 Nicola Gratteri (Gerace, Reggio Calabria, 1958) is today the most popular and admired magistrate in Italy, for his tireless fight against the mafias, in particular the ‘Ndranguetta, which is the most powerful. It is considered the first Italian bank for its impressive liquidity: 60,000 million euros in cash. It controls much of the world’s cocaine trafficking. Nicola Gratteri has lived under armor and under escort for 30 years. Follow in the wake of mythical magistrates such as Falcone and Borselino, killed by the mafia. Gratteri is not attached to any current of the magistracy. He dedicates his life to fighting for justice and fighting organized crime, instilling legality in the new generations. He has written several books about it. In this fight against the mafia, Nicola Gratteri is at the head of some twenty magistrates, as head of the prosecutor’s office in Catanzaro, capital of the province of the same name and of the region of Calabria. ABC spoke to him on Thursday – he gave us a phone appointment at seven in the morning – about the mafia in times of the coronavirus and the opportunity this crisis gives to organized crime.

There have been assaults on supermarkets. Are there risks of revolts? Is organized crime behind?

But there is a reality: there are many families who live daily and are without money because those who worked in black today do not receive anything (there are almost four million people).

The State must act immediately through the municipalities to give money to those who are unemployed or to those who until now have worked in the black. If this is not done, we will play the game of organized crime. The mafias are present when there is room to earn money and to manage power. For them, the emergence of the coronavirus is a great opportunity with the aim of achieving consensus and showing themselves as benefactors for those who have always lived with black work.

How do the mafias exploit that consensus?

When it comes to voting, these poor people will vote for the candidate chosen by the mafia boss. They will do it with greater motivation and conviction than they did before. Just like El Chapo did in Mexico: he murdered thousands of people, trafficked thousands of tons of cocaine, but at the same time built hospitals. That made him be seen by the people as a benefactor. We must not make this mistake.

Is there not a risk that the money that the State will distribute is used in some way by the mafias?

The money must immediately come into the hands of those in need. But it must be controlled. The mayors must check well if those who ask for money are really poor, because there is a risk that these monies will go to friends of friends. The delinquent mayor, the mayor who maneuvers with illegality, what does he do? He gives the money to whoever suits him, only to his constituents.

With usury the mafias have always made good profits. How will they take advantage of the crisis now?

The great objective of the mafias with usury is not to get rich through this means, but to ensure that in the end the merchant or businessman to whom the money was lent with a lower interest rate than the banks is forced to give up their business. In this way, the mafias will maintain this commercial activity, but will use it to recycle dirty money from, for example, cocaine trafficking.

It has slowed down a bit, especially with regard to the arrival in South America of the chemicals used to make coca leaves and create cocaine. Those products in recent years came in great quantity from China. Now they arrive with difficulty. But I see that in the market, in the plaza, the price of cocaine has not increased. This means, taking into account the laws of the market, that there is a large quantity of cocaine stored ready to be put on the market. Last week a 500 kilogram cocaine deposit was seized in Calabria. In Spain there are Colombian colonies that have tons of cocaine stored to be introduced into the European market.

What role does Spain play in the drug market?

I have done many investigations with the Spanish police. We have seen that the phenomenon is quite widespread in Spain, even as a transit country for cocaine in Europe. Spain represents a great force for the interests of cocaine in Europe.

You in your book on the d ndrangheta «Fiumi d’ Oro »(« Rivers of gold ») estimate that the d ndrangheta invoices 43,000 million euros; of them, at least 75% reinvests them in the legal economy. How will they take advantage of its extraordinary liquidity with the current crisis?

They are the ones with more liquidity. Having cash money means having great power and being able to buy what they want leaving few traces. In general, the Italian mafias and in particular the rang ndrangheta and the camorra are very present and very brave in the field of catering: they buy and manage bars, restaurants, pizzerias, hotels … And also in construction. Mafiosi target different people, they may be financiers, lawyers … they may have at your service. This means that the legal market is drugged. Imagine if this Europe in time of emergency fails to unite, how is it going to make a united front in times of normality to contrast the mafias, in particular those that traffic in cocaine that with their liquidity are buying what they want in Europe.

Today the mafia is apparently less violent, but richer and more powerful.

The mafia avoids committing murders to go unnoticed. When we are going to tackle the mafia problem in central and northern Europe, they do not believe that this problem exists. They deny it. And this is a big problem for us, for research in Europe: European states think that the mafia does not exist because they do not murder. But the mafias in Europe, in Spain, in Portugal, Germany, Belgium, Holland, France … they do nothing but invest, sell cocaine and with that billions of dollars buy what they want.

How important is ‘Ndrangheta in Spain, as the main Italian mafia?

It is strong and present because ‘ndrangheta is going to buy cocaine in Spain and also invests.

What is the identity of the gangster of the new generation today?

Today the gangsters live among us. They have nothing to do with what they were forty years ago. So they lived locked up, they were able to live in a bunker for years, with great privations and sufferings. The gangsters of today want to make a good life, with comfort, to travel… From this point of view they are more vulnerable, they are less harsh.

If the recycling of dirty international money is a serious problem, why is it not possible to combat it on a planetary level?

Much could be done if the political power wanted. But many times the political power must attend to the great interests. Combating recycling requires a tough and strong judicial system. When you create that system, with a serious and effective penal code, you can not only use it for recycling, leaving aside other types of crimes. Black money and all types of crime must be included. But real power does not want to be controlled.

There is a permanent debate on the legalization of drugs. Writer Roberto Saviano proposes to legalize cocaine and light drugs to combat and eliminate clans. Instead you are a strong fighter against legalization, considering that the State cannot legalize something that hurts. Given your experience, what would you say to those who advocate legalization?

To those who propose legalization, I tell them to go to centers where there are drug addicts and therapeutic communities, and look into the eyes of drug addicts. There are the best testimonials, the best experts and connoisseurs of drug addiction; no scholar or teacher can offer a better opinion. I have studied the subject well. If it is legalized, one can go to the pharmacy to buy a gram of marijuana; I would pay twelve euros. If you go to the black market, it would cost you four euros. Then there is the problem that in the plaza who sells marijuana sells other drugs: cocaine, heroin … Legalizing drugs does not solve the problem and it has also been shown the evil that so-called light drugs – which are not light drugs – can do to the brain.

You have dedicated your entire life to fighting organized crime, paying a high price because you live in permanent custody. Who is winning the game: the State, the legality or the mafias?

I try to be realistic and I have to say that, overall, we are tying the game. In Calabria we are taking steps forward against the d Ndrangueta. I want to stimulate the political power to be realistic and have the courage and the will to create European judicial systems proportional to daily reality. .