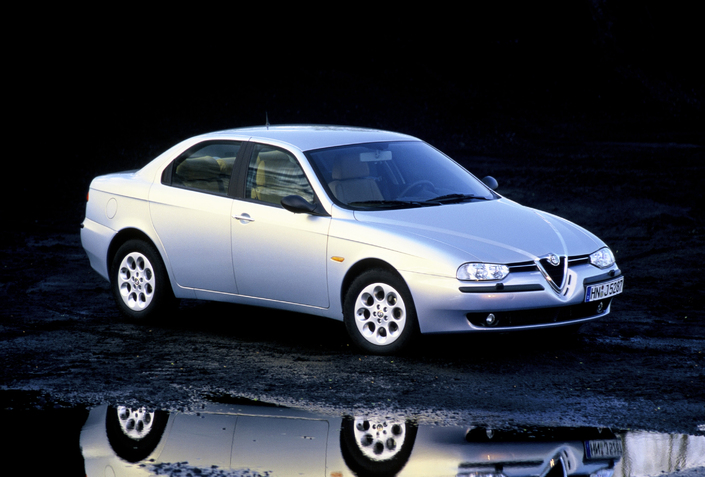 So much Felix Wankel wallowed in terror, as Rudolf Diesel had a real desire to benefit the community. French by birth (he came to Paris in 1858), the latter completed brilliant engineering studies in Munich.

At the time, industry and rare motor vehicles resorted to steam engines, the efficiency of which was very low. Suddenly, they are monstrous, the only solution to obtain sufficient power. And very unreliable: explosions are legion.

So Diesel thinks about an internal combustion engine in the 1880s, filing a patent in 1892 (which will become active in 1893). Its idea is to allow small artisans to develop their industry by offering them a compact source of energy that is easy to install and move, while using fuels that are easy to find, not necessarily diesel.

However, at the time, oil refining was far from being as efficient as it is today: oil is extracted almost exclusively and very little gasoline. With its principle of very high compression ratio making it possible to dispense with ignition, the Diesel engine works perfectly with oils.

Moreover, the patent presents it as a heavy oil engine. And displays – already – a performance superior not only to those running on steam (and using coal, which pollutes a lot) but also on gasoline. Ironically, you have to heat it with steam to start the Diesel engine, but quickly, the diesel engine designs an air pump to correct this fault.

At the 1900 Universal Exhibition in Paris, the Diesel engine won the grand prize and was marketed, then, quickly, it was found in power stations, factories and ships, in particular war submarines, which strongly displeases its inventor.

More philanthropist than businessman, he hardly benefits from the success of his engine, and, emotionally unstable, tends to depression. The fact that he loses a lot of money in questionable investments does not help matters! However, he reveals, and this is something he should remember now, that his engine runs perfectly on vegetable oil.

In 1913, he was invited by the Royal Navy who knew his great mechanical skills. He embarked on a boat (steamboat, yes….) On September 30, the Dresden, connecting Antwerp to England to discuss with the British authorities. Unfortunately, he will never arrive at his destination: he disappears in the night, and his body is found months later on a Belgian beach. Suicide? Murder? We’ll never know.

Despite his death, his engine continues to evolve. In 1921, Peugeot developed a prototype diesel car, the 156, which, in a race from Paris to Bordeaux, burned 16/100 km of fuel oil at an average of 70 km / h. But France then banned the diesel engine in passenger cars.

In 1924, a Frenchman, Lucien-Eugène Inchauspé invented an injection pump which considerably facilitated its use, so that it was quickly installed in trucks. Then in cars that will be marketed. First in 1936, in the Mercedes 260D, whose 2.6 l develops 45 hp.

Hanomag Rekord followed, while Peugeot developed a 402 Diesel, which it was preparing to market in 1939, just before the war … After the war, Fiat presented, in 1951, a 1900 Diesel (which ‘will not be successful), then Austin in 1956 the FX3 taxi, before Peugeot returned to diesel in 1959 with its 403 with Indenor engine (name of the Peugeot subsidiary which produces it).

Initially, Diesel cars were of particular interest to professionals, who appreciated their reliability and frugality, exceeding their relative slowness, their noise level and their higher price. It must be said that at a time when gasoline engines are not always reliable, diesel units pass a million kilometers!

Gradually, manufacturers are interested in this technology, Opel and Citroën in the first half of the 1970s, then Volkswagen and again Fiat in the second half. The oil crisis favors the development of these engines which, by their low consumption, reduce the bill linked to the import of oil. Even General Motors offered diesel passenger cars at this time!

That said, in 1977, Mercedes, perhaps inspired by the engineer Georges Régembeau who had developed his for installation in the Citroën SM, marketed the first turbo-diesel engine car, the 300 SD, designed for the USA. . Peugeot followed in 1979, with its 604, just ahead of the Alfa Romeo Alfetta Turbo-Diesel. The French is the first Diesel sedan sold in Europe equipped with a supercharging which allows performance approaching that of gasoline cars.

Gradually, thanks to a very favorable performance / consumption ratio, diesel cars spread. At the end of 1985, Toyota introduced direct injection on its 4×4 Land Cruiser HJ, a passenger vehicle, Fiat being the first to equip a sedan in 1988, the Croma TDid.

With this type of power, diesel makes a big leap forward in terms of efficiency, but it is VW which will exploit it best commercially with its TDI-badged productions. We forgot it today, but the TDI has done a lot for VW’s image, for good. These three letters were synonymous with exceptional performance and low fuel consumption.

Nevertheless, the next two big advances will come from Fiat. First the variable geometry turbo, on the Croma TDid restyled in 1991, then, above all, the very high pressure common-rail injection, launched for a marketing question at the end of 1997 on the Alfa 156 (same name as the Peugeot from 1921!).

In the process, Peugeot and Mercedes engage on this technology, badged respectively HDi and CDI, then all the manufacturers endow themselves with it. This revolution has enabled diesel units to further improve their performance while lowering their consumption. Obviously, this will be accompanied by a drop in reliability, especially among German manufacturers … Peugeot corrects one of the other faults of Diesel, soot, by introducing the particulate filter in 2000 on the 607.

So that in the early 2000s, it was sometimes enough to buy and then simply resell a common-rail car for it to be profitable against a gasoline of the same power (but less swift, the fault of a lower torque) , and sometimes both were the same price!

The extraordinary expansion of diesel cars should not be looked any further, even in countries where diesel is more expensive than petrol, such as England or Switzerland! Taxation has, of course, greatly favored them in France, especially with the introduction of the CO2 bonus / penalty in 2008, which is not irrelevant because diesel, by virtue of its superior efficiency, helps reduce CO2 emissions in the face of petrol blocks …

But it was without counting the progress of the latter, also passing to the direct injection combined with a turbo, and especially the implausible affair of Dieselgate which burst in 2009. And there, everything starts to be reversed, especially that many NGOs and environmental forces seize the opportunity to, once again, denounce the specific pollution of diesel, regardless of whether their tests correspond to reality or not.

The subsidized irruption of electricity in the 2010s drives home the point: diesel, the ultra-majority in sales (more than 70% in France), falls sharply, but without disappearing. Very efficiently depolluted and always efficient, it remains the most suitable type of engine for those who drive a lot: many sedans remain below 5 l / 100 km on average at 130 km / h on the motorway, where they can sometimes travel more than 1 000 km without refueling.

Only the diesel allows that, which has many advantages in terms of CO2 emissions, therefore in the fight against global warming. But go make this clear to political authorities more sensitive to bawling and protest groups than to simple (but silent) pragmatism… Rudolf Diesel’s invention remains relevant almost 120 years after his patent, even if many manufacturers soon announced give up the heat engine.