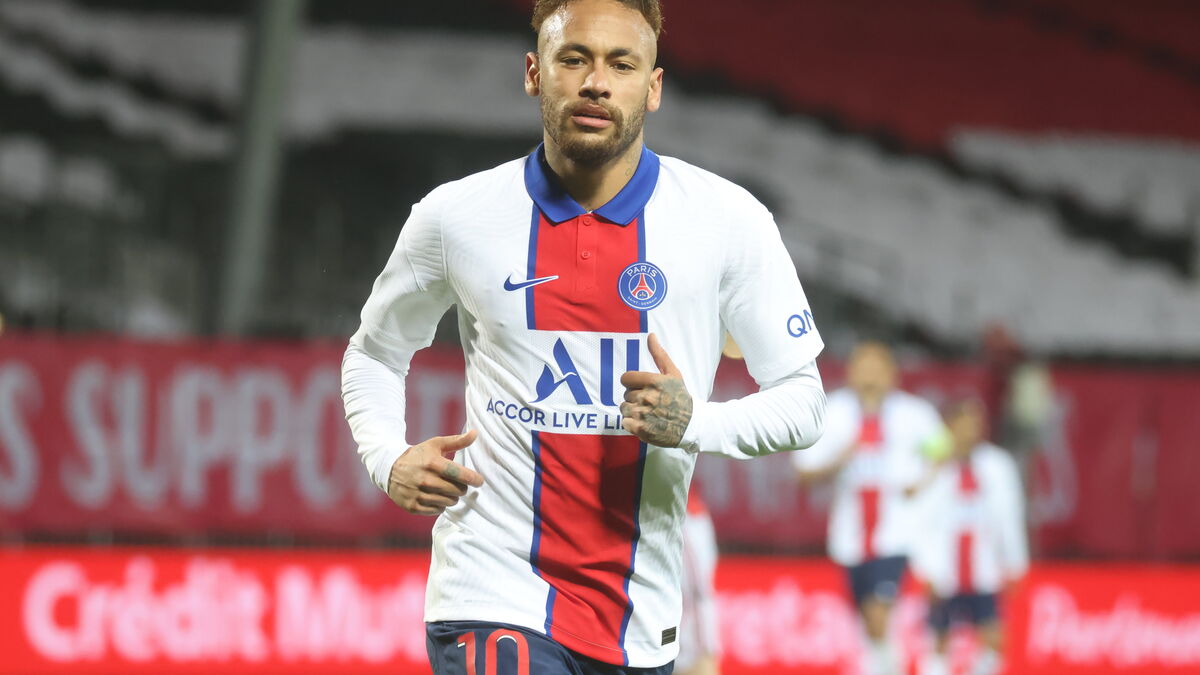 According to an investigation by the American daily The Wall Street Journal (article in English), the facts took place in a hotel in New York in 2016. An employee of Nike, the powerful firm specializing in sportswear and shoes, meets one of the stars under contract with the brand. comma: Neymar. The woman, whose name remains a secret, must work out the coordination and logistics of a promotional event involving the player.

The equipment manufacturer said on Friday that the Brazilian showed little collaboration last summer: “Nike ended its partnership with the sportsman because he refused to cooperate in a good faith investigation into credible allegations wrongdoing by an employee. “For its part, requested by us, PSG replied that it had” no comment “to make on this story. The player for his part said at the end of the day that the accusations were “absurd” and “false”.

What happened in the hotel in New York? On June 2, 2016, shortly after midnight, the victim allegedly accompanied Neymar to his room with a male colleague. The group was returning from a drunken party organized by Nike at a nearby nightclub, the Up & Down. Neymar would have gone up to the room quite drunk. Once the male colleague left, and according to testimonies and documents that the Wall Street Journal could consult, the victim claims that Neymar would have tried to force her to perform oral sex after undressing. The player then allegedly prevented the woman from leaving the room before chasing her down the hall, while he was still in the simpler device.

How did the Brazilian’s clan react? He forcefully denies all the accusations: “Neymar Jr will defend himself vigorously against these baseless attacks in the event that a claim is made, which has not happened so far,” his spokesman said indignantly. In an interview with the newspaper Folha de Sao Paulo, Neymar Sr, the father of the star, affirms that his son “does not even know this girl”. “How can such news come out? he protests. It comes from Nike. It’s very strange, they all leave Nike and are accused of stuff like that. It happened to Cristiano Ronaldo, to the basketball guy who died, Kobe (Bryant). They have been denigrated, as Neymar is wrongly accused now. If Nike wants to blackmail… ”A little later in the day, on his Instagram account, the player reacted:“ I did not have the opportunity to defend myself, he wrote. I did not have the opportunity to find out who this offended person was. I don’t even know her. I really don’t understand how a serious business can distort a documented business relationship. To claim that my contract was terminated because I did not contribute in good faith to an investigation is absurd, a lie. “

What does the player risk criminally? In criminal law in France, if the facts are proven, forcing a person to perform oral sex without their consent is considered rape, punishable by fifteen years of criminal imprisonment. But French law does not concern the incriminated facts which took place between an American and a Brazilian on the territory of the State of New York. There, a supposed forced fellatio attempt is a “criminal sexual act in the first degree”. A serious incrimination: the culprit risks, for this count, twenty-five years in prison against fifteen years for an attempted rape by vaginal route.

Why is the case only known now? Because the victim, who is still employed to this day by the equipment manufacturer, did not immediately speak about it outside the circle of his relatives. She was only able to free herself in 2018 with her employer and Monique Matheson, the head of human resources at Nike. The brand claims to have wanted above all to respect the silence of the alleged victim: “We have respected his initial desire to keep this matter confidential and to avoid the opening of an investigation. We had a responsibility to respect her privacy and did not believe it was appropriate to share this information with law enforcement or with a third party without the employee’s consent. In 2019, when the employee subsequently expressed interest in pursuing the case, we acted immediately, ”explains Hilary Krane, Nike’s general counsel.

Has the equipment manufacturer requested the opening of an investigation? Yes, after knowing the statements of his employee. In a statement sent to AFP, the Oregon firm said “to have been deeply disturbed by the allegations of sexual assault made in 2018 by one of its employees against Neymar Jr”. In 2019, Nike hired lawyers to investigate when the employee wanted to pursue the case. But this “was not conclusive, warns the equipment manufacturer. No body of facts has emerged that would allow us to rule on the merits of the case. It would be inappropriate for Nike to make an accusatory statement without being able to provide supporting facts ”.

What economic consequences for the star? Neymar and Nike have been linked since the Brazilian was 13. The comma mark had spotted the prodigy long before anyone else. In 2011, the two parties extended the contract for a period of eleven years, or until 2022 for a total amount of 87.5 million euros. This contract did not go to the end, Nike put an end to it in the summer of 2020 after the first upheavals of the case until then kept secret without knowing at the time why. A few hours later, Neymar, a real brand all by itself, signed up for a long-term contract with a competing firm, Puma, which declined to comment. Nike nevertheless remains the partner of PSG and Seleção.

Is Neymar’s image damaged? Innocent for lack of evidence, the Brazilian star may not come out of this case unscathed. Especially since the Olympic champion in Rio has already been overtaken by a case of the same type. In 2019, Neymar was accused of rape by another woman in Brazil (for facts which allegedly happened in a hotel in Paris). A charge he vehemently dismissed and the case was ultimately dropped. At the time, Nike had expressed its “deep concern”, before assuring the player of its support once the file was closed by the Brazilian police for lack of evidence. Ranked last year by Forbes magazine as the seventh highest paid celebrities in the world (92 million euros, sponsorship contracts included), Neymar, who has just extended to PSG until the end of the 2024 season- 2025, also experienced tax problems in Spain when he played for FC Barcelona (2013-2017).