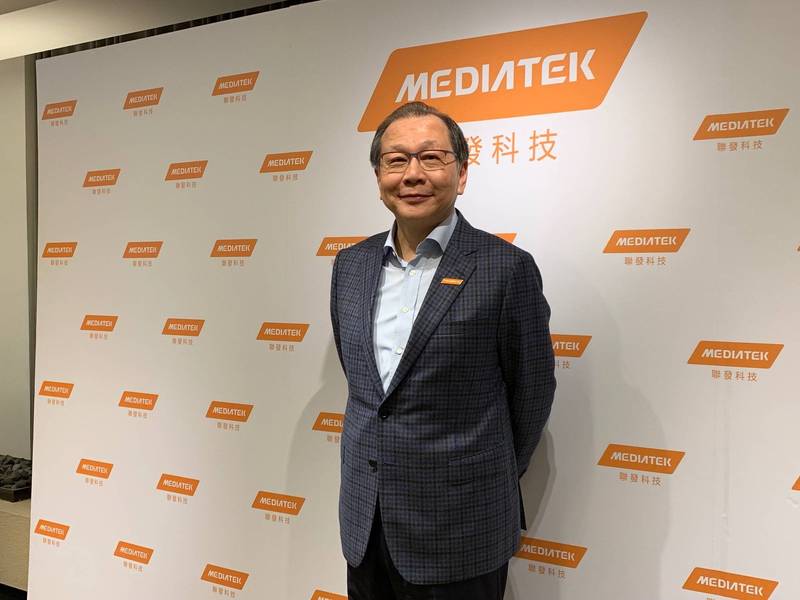 Among the top 10 IC design companies by global revenue in 2021, 7 CEOs are from Taiwan. The picture shows MediaTek CEO Cai Lixing (file photo)

[Compiled by Lu Yongshan/Comprehensive Report]According to Nikkei, Taiwan has long been regarded as a global leader in the field of semiconductor manufacturing, and now it has also begun to enter the upstream design field, which may threaten the dominance of the United States. According to the report, seven of the top 10 IC design companies in the world have CEOs (CEOs) from Taiwan.

According to a survey released by TrendForce, among the top 10 global IC design companies by revenue in 2021, the United States will host 6 and Taiwan will account for 4, which is the highest record in history. Among them, MediaTek ranks 4th and Novatek ranks 6th. , Realtek ranked 8th, and Qijing Optoelectronics was promoted to 10th for the first time.

The world’s high reliance on a single market for supply of chips has raised concerns, as everything from smartphones to cars to even household electric cookers requires chips.

Advanced design capabilities are a must for the development of high-performance chips, and the U.S. has a reputation as a semiconductor superpower due to its overwhelming dominance in this area, with well-known semiconductor companies including Qualcomm, Broadcom, NVIDIA and Advanced Micro Devices (AMD) Wait.

Due to the extremely high barriers to entry into the semiconductor field, companies need to allocate resources from chip design to manufacturing, and make a lot of up-front investment in expensive manufacturing facilities. The US semiconductor industry created a fabless semiconductor company model in the 1980s. Most of the wafer designs remain in the U.S. while offloading lower-value production to Asian markets, particularly Japan, South Korea and Taiwan.

The rapid rise of Taiwanese IC design firms is partly due to their proximity to TSMC, the world’s largest foundry, and UMC, the third-ranked company.

Fabless semiconductor companies need to coordinate closely with wafer manufacturers to ensure that their wafer designs can actually be produced. For Taiwanese IC design companies, the fact that TSMC and UMC are so close together makes communication easier, an advantage that was magnified during the border blockade of the Wuhan pneumonia epidemic.

In the current global wafer shortage, these strong relationships have paid off. As orders from all over the world continue to pour in, TSMC and UMC are prioritizing Taiwanese IC design companies with whom they already have close ties, giving them extra momentum. This is especially evident in smartphone chips. MediaTek, which has deep ties to TSMC, has surpassed Qualcomm and has a leading position in the global market.

While Qualcomm is also turning to TSMC for help amid a global chip shortage, the U.S. company’s weaker relationship with the chipmaker has put it low on the priority list, leading to a global market for mobile phone chips. The share was squeezed out by MediaTek.

The four Taiwanese IC design companies in the top 10 by global revenue all rely heavily on TSMC and UMC, and the support of local suppliers has played an important role in their success.

Taiwan’s growing role in chip design also extends to U.S. manufacturers. In 2021, Huida, AMD and Xilinx will be ranked second, fifth and ninth in terms of revenue. Huida CEO Huang Renxun, AMD CEO Su Zifeng, and Xilinx CEO Peng Wendi were all born in Taiwan. TSMC is a major supplier to the three companies.

If you add MediaTek CEO Cai Lixing, Novatek General Manager Wang Shouren, Realtek Semiconductor General Manager Yan Guangyu, and Qijing Optoelectronics CEO Wu Bingchang, as a whole, 7 of the world’s top 10 IC design companies have leaders from Taiwan. Their relationship with Taiwan is an important asset for the future consolidation of the industry.

I’m already a friend, thanks

Economics and politics featured in newspapers

What distinguishes the HUAWEI nova 9 SE, the latest phone from Huawei?