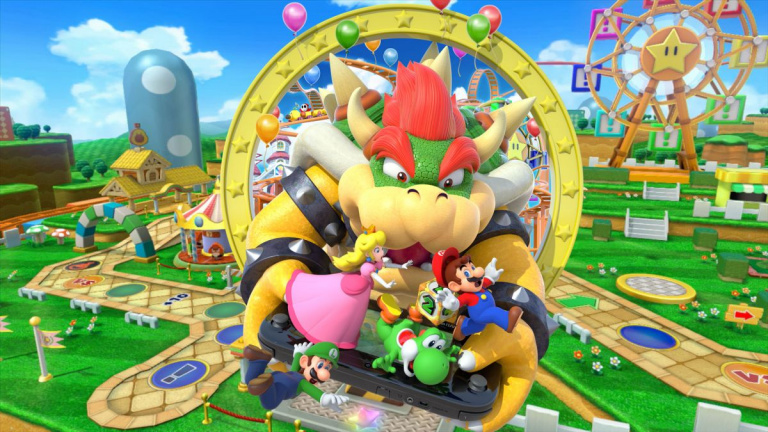 Game News Nintendo: 8 Wii U games to download before the eshop closes

March 2023 will mark the end of an era for all gamers who have spent many hours on 3DS as well as Wii U. According to an official Nintendo statement, online stores for said consoles will be permanently closing their doors by year. While waiting for this fateful day, the editorial staff of JV offers you a list of games to download as a priority on Wii U.

We will not insult you by specifying the concept behind Mario Party 10. As its name suggests, the fifteenth iteration of Nintendo’s saga is a Party Game released in March 2015. This sequel to Mario Party 9, although several episodes separate them, takes up the main principles of the genre and is compatible with amiibo… the connected figurines of the Japanese firm. Mario Party 10 has 77 mini-games, 12 playable characters and finally 3 game modes (Mario Party, Bowser Party and amiibo Party), enough to have fun with family or friends.

It is sometimes necessary to go through practice to familiarize players with a new concept and in particular that of the Wii U and its GamePad. In order to explain the possibilities offered by its console, the Japanese publisher launched in November 2012 Nintendo Land. This Party Game developed by Nintendo AED studios and playable from one to five players consists of 12 mini-games, all based on the franchises of the Japanese firm. Nintendo Land, which is included upon release in the European and North American premium bundle, is nothing less than a fun way to explore the fundamental principle behind the Wii U.

The release of a new game from the Star Fox franchise is an event in itself. Although Star Fox Zero was not unanimous when it was released in April 2016 by the press and the general public, the Nintendo EPD title developed in collaboration with Platinum Games (Astral Chain, Bayonetta, Nier: Automata) is recommended for fans of the galactic fox and his team. The reason is ultimately quite simple. Star Fox Zero is the sixth main title of the saga, a canonical episode essential to a universe that began its expansion in 1993.

The Legend of Zelda : The Wind Waker HD

It would be unthinkable to explore the Wii U toy library without approaching the Legend of Zelda franchise directly or indirectly, as the latter has marked, still marks today and will probably mark video games in the future. The Wii U did not necessarily have the honors of a 100% exclusive episode, but was able to count on quality remakes including that of The Wind Waker released in October 2013. The Legend of Zelda : The Wind Waker HD is a Wii U exclusive that transcends the original game in order to (re)discover it in the best conditions, and for that alone it is worth a detour.

Three years later, Nintendo is trying to repeat the tour de force performed on The Legend of Zelda: The Wind Waker HD with a little less success, it must be admitted. The Legend of Zelda : Twilight Princess HD, developed by Tantalus Media and released in March 2016, is much closer to the remaster than the remake, and it shows, even if the discovery of this adventure on the lands of the kingdom of Hyrule remains very pleasant. If you’ve never had a chance to play Twilight Princess HD, the Wii U is waiting for you.

We are continuing our journey through the lands of the Wii U with another exclusive that caused a stir when it was released in December 2015 (in France)… Xenoblade Chronicles X. And for good reason, this Action-RPG developed by Monolith Soft and exclusive to the Wii U is a must-have for all fans of role-playing games, open-world exploration and giant robots (or mechas). It should also convince all those wishing to perfect their video game culture with a title that has seduced players and science fiction enthusiasts in its time.

We are totally changing register with the title that will follow. Centered around Nintendo’s iconic little dinosaur, Yoshi’s Woolly World is a side-scrolling platform game released in January 2017 and developed by Good-Feel on behalf of the Japanese publisher. You embody here, without great surprise, Yoshi and you evolve in a world composed only of wool and textile. For the rest, the title with its soft and singular artistic direction takes up the codes of the series, starting with Yoshi’s ability to swallow his enemies to produce eggs. Note that a two-player cooperative mode is available.

We end this selection of Wii U games to download from the eshop with a project specially designed for the Nintendo console by Ubisoft… long before it was ported to other machines. Released in November 2012, ZombieU is a first-person survival horror set in a ruined city of London following an invasion of the undead. In this post-apocalyptic context, you try to survive somehow. Death is not an end in itself. In case of death, the player takes control of another survivor, but loses his entire inventory in the process. The only way to recover the precious loot is then to eliminate the avatar that has become a zombie in the meantime.

About the Nintendo Switch

In 2021, liquidation of Mexican capitals was registered for 41,557 million dollars