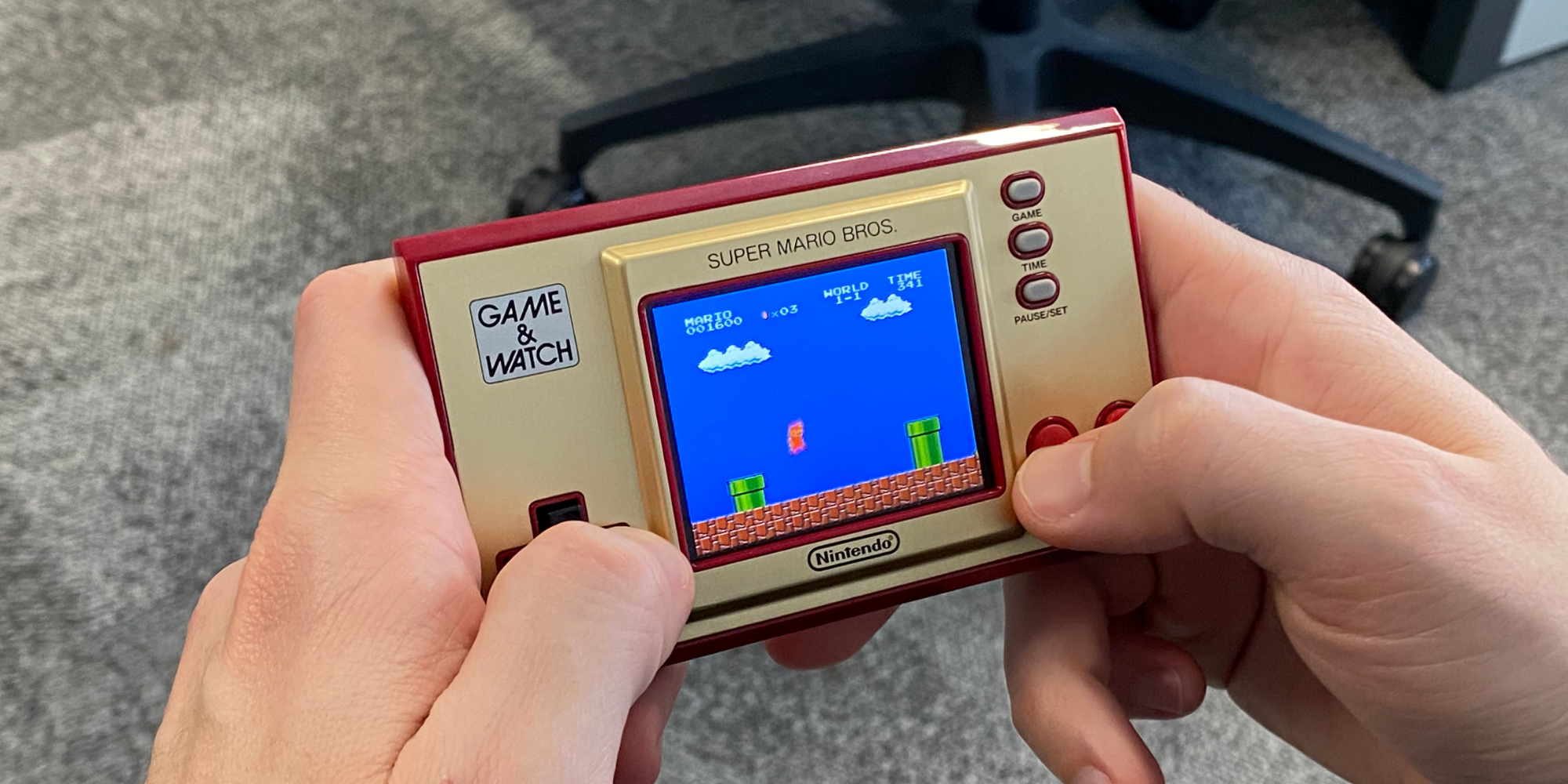 It’s a rich end to the year for lovers of video games : while some have plunged into the Viking epic ofAssassin’s Creed Valhalla, others are swinging at the end of a canvas in the streets of New York thanks to Spider-Man : Miles Morales. And almost all of them dream of getting their hands on a Playstation 5 or une Xbox Series, the latest generation consoles, already out of stock. But it’s not just the new things in life. For Christmas, Nintendo is betting on nostalgia and retrogaming with a limited edition of Game & Watch, its very first portable console, star of the 1980s. The opportunity to replay the cult. Super Mario Bros. under the conditions of the time.

While the PS5 and Xbox Series play who will take up the most space in the living room, the Game & Watch Super Mario Bros., it slips into the pocket. Nintendo has stuck to the historic model of its portable console, the first model of which was released in Japan in 1980. The Japanese manufacturer had designed it to pass the time in public transport. The reissue keeps this spirit since the Game & Watch fits in the palm of the hand: 10 centimeters long by 5 high. Very beautiful with its red frame and golden front, it is also sober with only two buttons, a directional cross and in the center, a tiny screen.

Without even turning it on, the console looks like a collector’s item. The Game & Watch probably doesn’t mean anything to those under 40, but the oldest gamers inevitably remember the pioneer of portable consoles, ancestor of the Game Boy. Rather than “the” Game & Watch, we should say “the” Game & Watch: there were 59 models marketed from 1980 to 1991, with various improvements: larger screen, arrival of color, two screens even from 1982 (it was also the ancestor of the DS). Each console contained a unique game, either designed specifically for the console, or derived from another Nintendo machine (arcade machine, NES, etc.).

This reissue is a little more generous since it includes three games. With a first nod to the history of the console since we find among them Ball, included in the very first Game & Watch of 1980. A very simple black and white game, in black and white, in which you have to move the arms of a character so that he juggles two or three bullets. A tribute to 40 years of Game & Watch, with one particularity: the character now looks like Mario. Indeed, this console is also there to celebrate 35 years of Super Mario Bros., released in 1985. The original opus and its sequel (Lost Levels) are therefore playable.

For the occasion, the Game & Watch is equipped with an LCD screen and offers a very polished rendering of these video game classics. The pleasure is there, Super Mario Bros. is still so catchy (and difficult!). We don’t spend hours there but we have fun bringing out the Game & Watch from time to time for a little game. This Game & Watch is a treat for gamers nostalgic for the 1980s. Its price, 50 euros, is a bit high given the low content (three games, therefore, and a hardly useful clock function). But it is an original gift for Christmas. Especially since it is a limited edition: from March 2021, it will no longer be marketed.