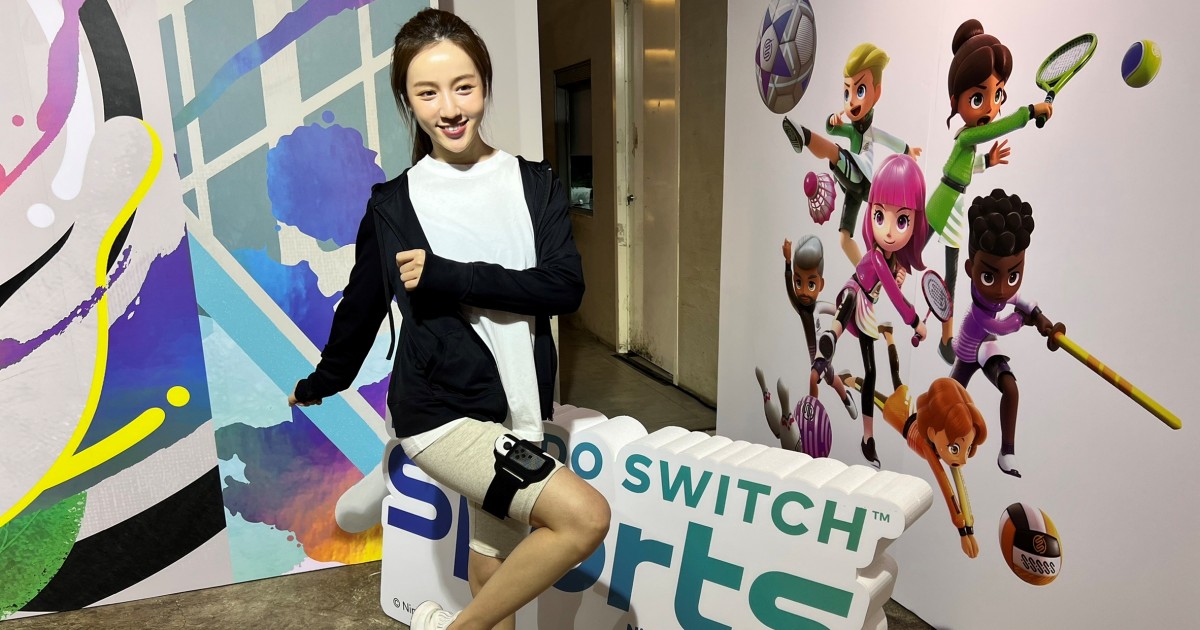 After a long absence, Nintendo of Hong Kong Taiwan Branch held an experience event for the latest game listing in Taiwan as the official direct sales force for a long time, and announced the spiritual sequel to “Wii Sports”, which once swept Taiwan and created a new trend of home sports.Nintendo Switch SportsThe official debut allows consumers to easily enjoy sports even at home for epidemic prevention.

“Nintendo Switch Sports” (also known as Nintendo Switch Sports) will initially launch six games, including the classic bowling, tennis and fencing from “Wii Sports” in the past, as well as new additional badminton, football and volleyball, and this fall. New football modes and free updates for golf will be released.

Among them, the bowling project can be operated through somatosensory operation. By twisting the wrist in different ways, you can throw a curve ball, a straight line and other trajectories. In addition to the regular game mode, there is also a 16-player survival battle through the Internet. There are also more than 100 special fairways for various obstacles, both adults and children can easily get started.

As for tennis, it also continues the classic gameplay of “Wii Sports”, which is played in a 2-on-2 team game, but even if you are alone, you can play with the avant-garde and the defender at the same time, grasp the opportunity to swing the Joy-Con and twist your wrist, You can perform topspin, backspin, lobs, etc., players need to find a way to press the ball to the sideline to win!

For fencing, there are three types of swords: single sword, charging sword, and double sword. Each weapon has its own attack characteristics. Players can find their own game style and master the attack and defense through Joy-Con. The law advances and retreats, and knocks people out of the ring.

The brand-new volleyball project is a 2-on-2 team match. The Joy-Con imitates volleyball movements, enabling a variety of actions such as starting, catching, tossing, smashing, and blocking. And observe the color change of the ball’s trajectory to double the power of the smash!

Badminton is similar to tennis, but emphasizes the 1-on-1 speed battle experience. In addition to holding up the Joy-Con high and swinging down quickly to smash the ball, you can also press the ZR key to play “net ball” to make small ball tactics , by constantly mobilizing and teasing opponents to get points.

In the end, the football that players are looking forward to is a 4-on-4 team game or a 1-on-1 individual game. At present, the “shooting duel” mode can already be combined with the “leg strap”. After the Joy-Con is tied to the thigh Imitate the action of kicking the ball and enjoy the fun of football intuitively.

All items in “Nintendo Switch Sports” have “offline play” and “online play” functions, and the number of supporters corresponding to each item is different. In online battles, if players win consecutively, they will be able to upgrade their professional qualification level, and thus search for opponents with similar strength. There are 12 ranks from E to A.

In addition, players can accumulate points in online battles to obtain a variety of decorative items, such as clothes, accessories, stickers, sports equipment, etc., to customize the appearance of Sportsmates or Mii characters. Nintendo also promises to continue to update accessories in the future. and props to keep players fresh.

“Nintendo Switch Sports” will be officially launched from today. Both text and voice support Chinese. In addition to the game cassette, the boxed version will also include a set of leg straps. In the future, the leg straps will also be sold separately. The accessories that previously came with Ring Fit Adventures are also interchangeable.

Stas Sadalsky publicly confessed his love to the famous actress. A photo