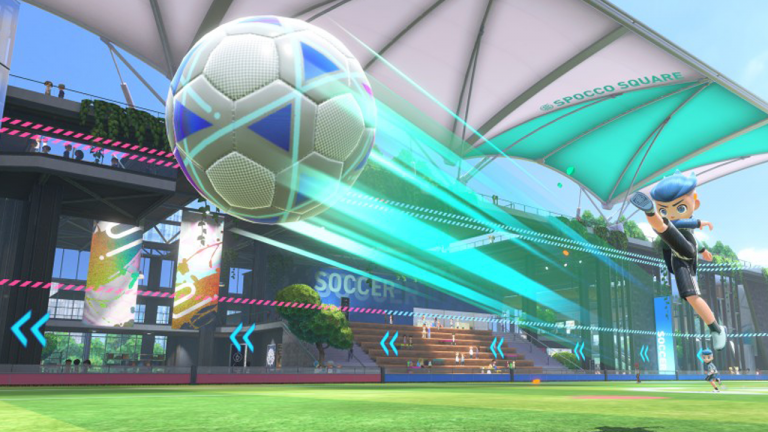 A direct sequel to Wii Sports, Nintendo Switch Sports is coming to consoles worldwide on April 29th. Four weeks before the launch of the title, Nintendo took the opportunity to publish a new trailer that goes around the features present in the game.

The sequel to Wii Sports

Featured during the Nintendo Direct in February this year, Nintendo Switch Sports is considered a direct sequel to the Wii’s best-selling game: Wii Sports. Included in the sets that sold the console at the time, the game was intended to highlight its major feature: motion detection. Wii Sports then included five sports (Tennis, Golf, Bowling, Boxing and Baseball) through which you had to reproduce the movements with your controller. It is sold in pallets since 83 million units have been sold around the world, even if it is difficult to measure its success since it is not sold separately from the Wii.

16 years old and Wii Fit, Wii Sport Resort and Ring Fit Adventure after, it is Nintendo Switch Sports which takes up the principle of sports via motion detection in a concept similar to that of Wii Sport. When it launches on April 29, the game will have football, badminton, volleyball, chambara, bowling and tennis as a starting sport, although golf should join the list of available sports this fall.

And since the release is getting closer, Nintendo has decided to release a new Nintendo Switch Sports trailer today. For five minutes, it recalls and illustrates the different playable sports at the release of the title while providing some details for each of them. For example, bowling has normal lanes but also obstacle lanes. Football can be done in variations (4vs4, 1vs1 and even goal shooting) while Chambara can be done with several styles: one sword, one charged sword, or two swords.

Obviously, Nintendo Switch Sports takes up one of the characteristics that probably made the success of its predecessors: multiplayer. If it will be possible to practice sports with several people locally with the same console, the Nintendo Switch game also includes a mode online. Players will then participate in competitive matches and will be eligible for the Pro League : but for that, you have to climb the different ranks of the classification (from E to A). Adjustments are then necessary for the bowling: it is a kind of royal battle which will be proposed, with 60 players who will throw the ball at the same time.

It is worth remembering that Nintendo Switch Sports is expected from April 29 on Nintendo Switch and will include golf in a free update this fall. On this subject, it is not impossible that other practices join the list: during a test phase organized by Nintendo, some data miners had noticed basketball and dodgeball in the files Game.

Disney+ censored ‘violent’ scenes from Falcon and the Winter Soldier