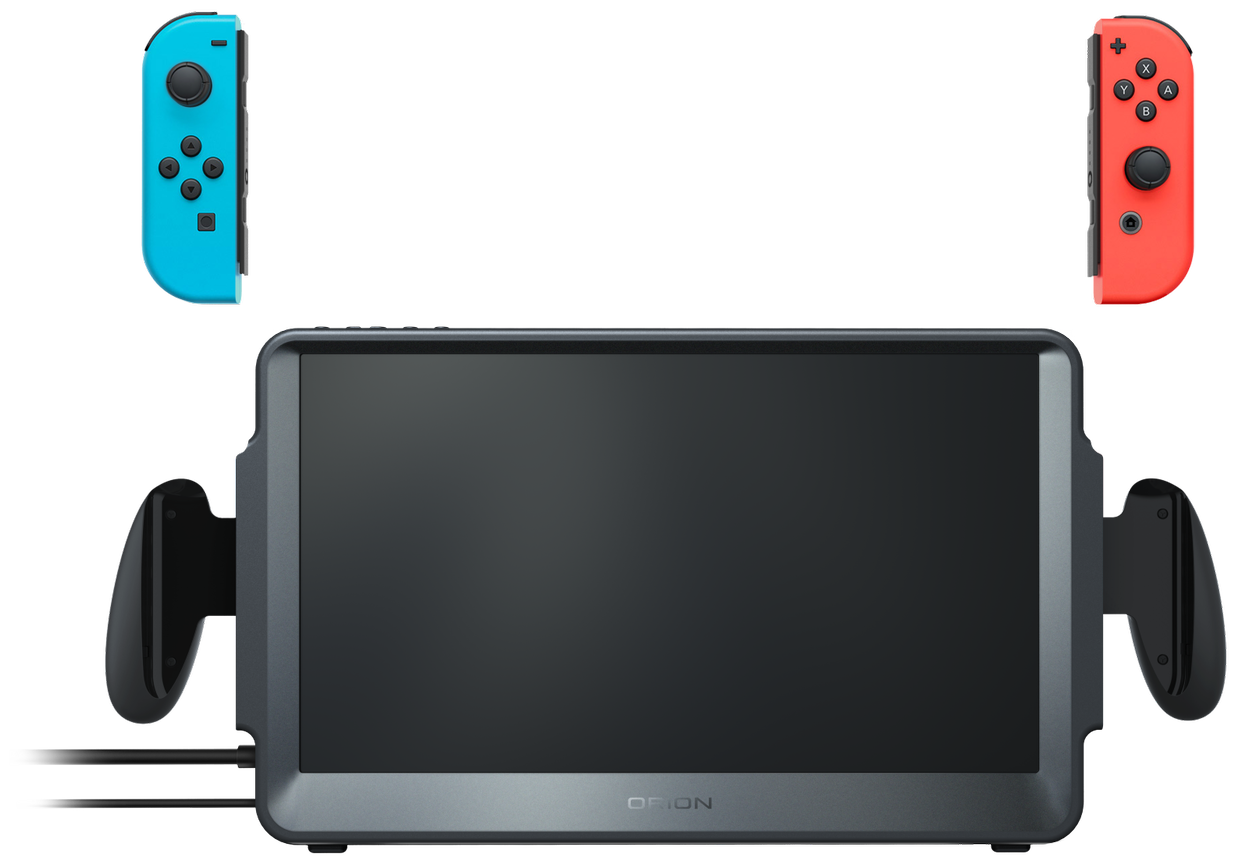 If you are a gamer who mainly uses the Nintendo Switch as a portable device, it would have been nice to have a slightly larger resolution and screen size, so everyone should have tried it at least once. Even in rumors of an upgraded version, the resolution was particularly prominent along with the hardware specifications such as CPU, GPU, and RAM, so it cannot be said that it was simply the wish of some gamers.

Therefore, many gamers wished that the upgraded version had a higher resolution even before the OLED model appeared. Of course, the expectations of such gamers were only half met. Although improvements were made, such as changing the screen size from 6.2 inches to 7 inches and the display from LCD to OLED, the resolution was still HD (1280 x 720).

Did these gamers’ wishes reach the sky? A very special product has appeared that will make your wish come true. The main character is the portable monitor ‘Origin’ developed by Up-Switch. As it has an 11.6-inch FHD (1920 x 1080) resolution on an IPS panel, it can be said that the size is practically reaching the limit for portable use.

From 11 inches to around 17 inches. There are many portable monitors, but one of Origin’s other unique features is that the Nintendo Switch can be mounted on the back of the monitor. Moreover, there are rails on both sides of the monitor for mounting the joy-cons, so you can feel a sense of unity different from other portable monitors.

It’s a portable monitor specialized for the Nintendo Switch, but Origin isn’t just for the Nintendo Switch. A USB Type-C port, HDMI port, and built-in speaker are included, so it can be used as a sub-monitor for other stationary consoles, PCs, and laptops, and can also be connected to a smartphone. It weighs 1.5 pounds, or about 0.68 kilograms in kilograms.

Origin is currently on sale on the Upswitch official site for $299.99 (about 390,000 won). Recently, crowdfunding was conducted in Japan and successfully funded, and a domestic release is undecided.

“Toom Tam” takes the position of The icon of the MAN Thailand 2022, but the drama is not suitable?