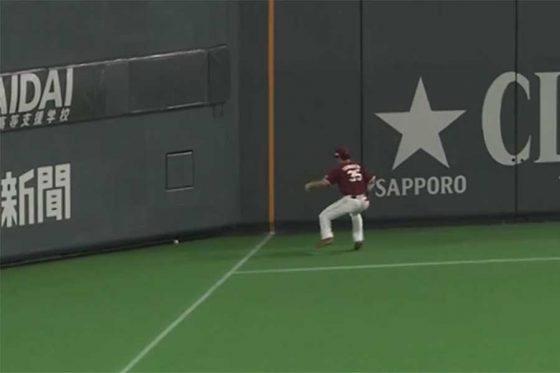 [PR]”A week like this is the best!” Kazusa Okuyama’s ideal life with DAZN

On the 17th, Nippon-Ham had a rare event where the come-from-behind play was “cancelled” in the match against Rakuten held at the Sapporo Dome. 1-2 3rd inning 2 deaths 1st and 2nd base, Imagawa’s batted ball bounced on the left wing line. Second base runner Tsuyoshi Matsumoto and first base runner Kondo survived. It seemed that Imagawa had succeeded in turning third base at once.

However, the jury agreed. When Shimauchi, a left fielder, handled a cushion ball, Imagawa was forced to double on a timely basis because the ball was caught in the fence. Kondo’s survival was not recognized, and the third point was an illusion. With the score tied at 2-2, the game resumed with runners on second and third base.

Takeshi Shinjo Big Boss on the bench involuntarily tilted his head at the unexpected “rare event”. When the referee announced the explanation, the stadium was filled with commotion.

[Actual state]A rare event where the comeback survival was canceled… What happened at the fence at that time?