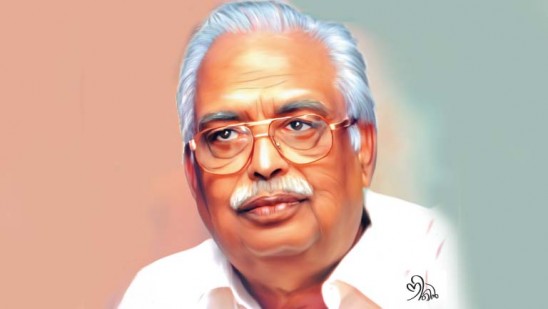 A good ruler, a good communist, a brilliant orator, an uncompromising fighter … T Sivadasa Menon has earned many accolades in his life. We had a very close brotherhood. He became closely associated with him when he was a teacher leader and later as the CPI (M) Palakkad district secretary. He worked closely with the party as state secretary, minister and MLA. Seen a month ago and talked for a long time. Didn’t think it would break up so quickly.

Sivadasa Menon entered the public sphere through the student movement. Tyagojwala was instrumental in building the teaching movement. The waves of revolution he created inside and outside the legislature will always be remembered. During the UDF rule, he and I arrived at the University College during a police manhunt. The interventions made by the police to save the students from violence are noteworthy.

When Nayanar was a two-time minister in the cabinet, he made a great contribution to the modernization and democratization of Kerala. He cleverly overcame adversity with his innate policy acumen, sense of humor and strong communist ideology. This is the best communist model of all time. He adopted an uncompromising attitude towards the enemy to protect secularism and spread the ideology of uniting all for the sake of humanity. For that, examples would be drawn of people coming together to save the shrine at Guruvayoorambalam, regardless of caste, in the midst of the fire.

He is the Finance Minister who turned the Assembly into a school. The ideological dialogue with the then Opposition leaders, including KM Mani, is a memorable one. He took an unwavering stand against sectarianism, realizing that only a non-sectarian party could make communist progress in the society.

He was a tireless revolutionary who fought intellectually and organizationally to bring Kerala to the forefront of progressive thought. Menon, who is inseparable from the history of the new Kerala, is the owner of a selfless life dedicated to the party. He shares and mourns the loss of his family and comrades.