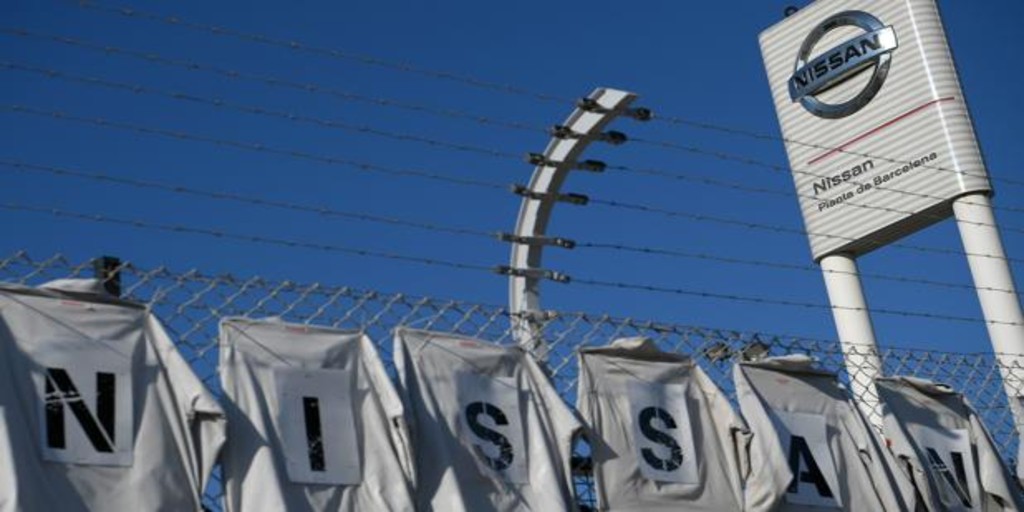 Nissan announced this morning the closure of its Barcelona factory to the Ministry of Industry. The facilities generate 3,200 direct jobs and some 25,000 indirect jobs, in three facilities, the main one in the Free Zone Assembly and the Montcada and Sant Andreu de la Barca satellites. The closure, according to Gianluca de Ficchy, president of Nissan Europe, and Frank Torres, responsible for the process of dismantling the facilities, is scheduled for December, after a process of consultation with the staff.

Nissan has decoupled its other two industrial facilities in Spain from the Barcelona decision. The Ávila factory, with some 400 employees, is in the process of adapting to the production of spare parts for Renault, after producing its last truck last August. Work began last February to erect a new stamping hall. On the other hand, the Cantabrian factory of Los Corrales, on the other hand, with 600 employees, works largely for Sunderlad, whose activity will be expected to be reinforced after the closure of Barcelona.

«Ávila is a plant that produces spare parts for Nissan and Renault. Cantabria makes a foundry. They are under the umbrella of Nissan and they will continue like this. Both have their own industrial activities in the future and have no direct relationship with Barcelona ”, De Ficchy detailed in a press conference, in which he also announced that the new Ariya electric SUV, in which many saw a possible salvation for Barcelona, ​​it will be produced in Japan. According to De Ficchy, the future of the Catalan facility could not be assured even with the assignment of a new model, due to the global drop in demand in the commercial vehicle and pick-up market.

After the confinement, the plant reopened, but to close two days later due to the indefinite strike that the Montcada workers had been maintaining since last May 4, due to the loss of the factory’s workload and uncertainty about its future. According to the Works Council, the management wanted to open only to finish an order for a Mercedes pick-up, before the contract expired, this May. As soon as they learned of the closure decision, some 1,000 employees of the multinational have gathered at its doors.

Industry has proposed to the top of the multinational in Japan the creation of a working group to “study alternative scenarios that guarantee the continuity of industrial activity”. Despite Nissan’s decision, they believe that the continuity of the factory is “possible” through the feasibility plan that Reyes Maroto’s team presented months ago to the multinational, which was estimated at
300 million the cost of adapting the facilities to produce a new electric model.

Makoto Uchida, CEO of Nissan, assured in a press conference from Japan that the closure was a “very difficult” decision, “it is decided”, and “the discussions and preparations have already begun”. The intention is to keep the Sunderland factory in the United Kingdom as its only vehicle production center in Europe.

In October, the Generalitat of Catalonia gave the green light to a grant of three million euros for the construction of a new painting plant distributed between 2020, 2021 and 2022, for this purpose. And last January, the Prime Minister, Pedro Sánchez, assured, after meeting with the leadership of the Renault Nissan Alliance at the Davos Forum, that the maintenance of employment at the plant “is guaranteed.”

Maintaining employment at the Nissan plant in Barcelona is guaranteed. During our meeting today at # Davos2020, the Government of Spain and @Alliance_RNM have reaffirmed our will to continue working together to ensure the viability of the factory. pic.twitter.com/wUOJJtkwW4

The investment in the paint plant was to be carried out after an ERE that involved the departure of 600 employees from the plant, and which in principle was to ensure the future of the facilities. Finally it was not like that. «The plan we had a year ago had a forecast of 60 or 70,000 vehicles per year in Barcelona, ​​most of them pick-ups, and the 3rd eNV200. It was assumed that there would be an agreement to reduce a certain number of employees, but at the same time there would be a commitment to make certain investments to adapt the engines of the pick-ups and the paint plant to Euro6, which was to start operating from 2024 », explained De Ficchy this Thursday.

“In between there have been significant changes: there has been a decision by Mercedes to withdraw production from the X-Class starting in May, when the original plan was for its manufacture to reach 2027. It was almost 57% of production at the factory . There has been a contraction in the pick-up business in Europe due to the evolution of regulations and the pressure that volumes have suffered in general. This has been accompanied by a reduction in demand outside Europe. Without the general volumes that we had considered and that would justify those investments that we had planned to make, and that were started, the equation does not give a sustainable result. When we have observed this contraction in volumes, we have analyzed the option of assigning a new model, but even with that it would not have been sustainable due to the reduction in the volumes of the vans, ”added the head of Nissan in Europe.

The future plan for Renault and Nissan, unveiled yesterday, confirmed that the plant has no place in their alliance. But the closure of the facilities, underused and without new model assignments, had been flying for years. Nissan closed its last fiscal year (March 31) with losses of 5,688 million euros in the 2019 fiscal year, closed on March 31, well above the decrease of 818 million that it estimated just two months ago. Makoto Uchida has revealed that in the framework of its restructuring process a salary will be reduced by 30%.

Nissan had repeatedly warned that the plant, in stiff competition with Sunderland, where the Qashqai and Juke are manufactured, was one of its least competitive facilities. The factory has been without a significant investment for a decade. And none of the models assigned in recent years had achieved commercial success, with the exception of the NV200 electric van, whose replacement will be made in France, and of which Barcelona only manufactured, since 2019, its electric version. The most notorious failure was the compact Pulsar, presented in 2014, which had the ambition of reaching a 2.5% market share. It never reached it, and in 2018 its final ending was confirmed. The multinational also produces the Navara pick up, the latest model from Barcelona together with the eNV200, in South Africa and Thailand.

@Nissan has just announced that it does not have the #Barcelona plants.

We will not allow more than 25 thousand families to be left without work.

The Minister of Foreign Affairs, EU and Cooperation, Arancha González Laya, has stated that “all kinds of supports, accompaniments, aid and plans” have been offered to try to avoid the closure of the Nissan plant in Barcelona, ​​but that the company has a plan to ‘refocus its activities regardless of what European governments have been able to offer’. According to the unions, the plant has received 179 million euros in public funds since 2009.

Negotiation period
As they explain from the Ministry of Industry, once the decision is known, a period of negotiations begins in which the terms and conditions of the process will be established. The Government will convene “in the next few days” the Generalitat of Catalonia, Barcelona City Council, the Zona Franca Consortium and trade union centers to analyze the situation and study “future scenarios”. The last hope that the staff was holding on to is that for Nissan the cost of closing the factory – which last year produced 55,000 vehicles – would be higher than the cost of continuing. The Ministry of Industry this week put this cost at about 1,000 million euros. .