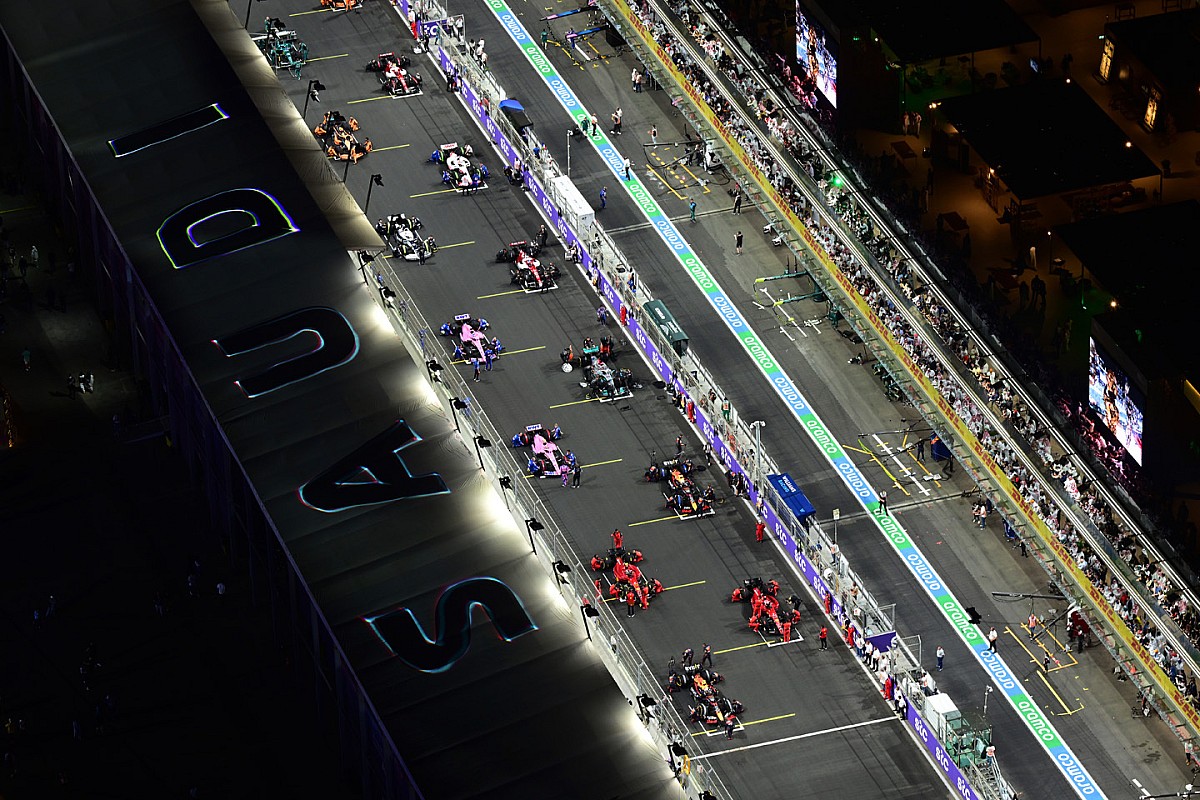 The first day of the Saudi Arabian Grand Prix was marked by the missile attack on an Aramco oil depot, a major partner of F1, about ten kilometers from the Jeddah circuit. A large cloud of smoke rose in the sky, while the single-seaters were on track to compete in the first free practice session. Despite attempts to reassure the pilots of their safety, the latter isolated themselves for about four hours to discuss a possible boycott.

The main interested parties had then agreed not to run. But this decision did not ultimately hold up in the face of the interventions of team managers, Formula 1 leaders and Saudi officials. However, according to the boss of Mercedes Toto Wolff, no pressure was put on the drivers.

“There was no arm wrestling on our side, only good discussions”said Wolff. “When the team principals spoke to the drivers, what was said was sensible and without any form of pressure, but maybe it was perceived in another way. In the end, the show was incredible and what we produced, as a sport, was great. And I believe that’s what sport should do. Honestly, I’ve been coming here for five years and I’ve seen change. And I repeat that what I have already said: we have come a long way, but there is still a lot to do. A lot.”

Drivers on the parade bus, before the race.

The GPDA (the F1 drivers’ association) published a press release overnight from Friday to Saturday, explaining that racing in Saudi Arabia, in such a context, generated “naturally human fears”, before the latter are swept away. Several drivers also spoke about the future of the Saudi Arabian Grand Prix which they believe needs to be questioned given the events of the weekend.

Formula 1 boss Stefano Domenicali says “not to be blind” compared to the fears generated by the organization of a Grand Prix on site, but the Italian also believes that the discipline has “played a very important role in the modernization of the country”. On Saturday, Wolff stressed the need for “to give people a chance to improve” and that F1 helped to highlight the problems in Saudi Arabia.

“Do Saudi Arabia and other countries in the Middle East share the same values ​​and culture as we in Europe? No”explained the Austrian. “Are they where we would like them to be? No. Can we, by coming here to compete in a Grand Prix, shine a light on this country and make these issues visible, in order to make this place a better place? I I still think so. I prefer to come here to promote this region so that it becomes a better place, than to say to myself: ‘I’m not going there, I don’t want to hear anything about this country’.”