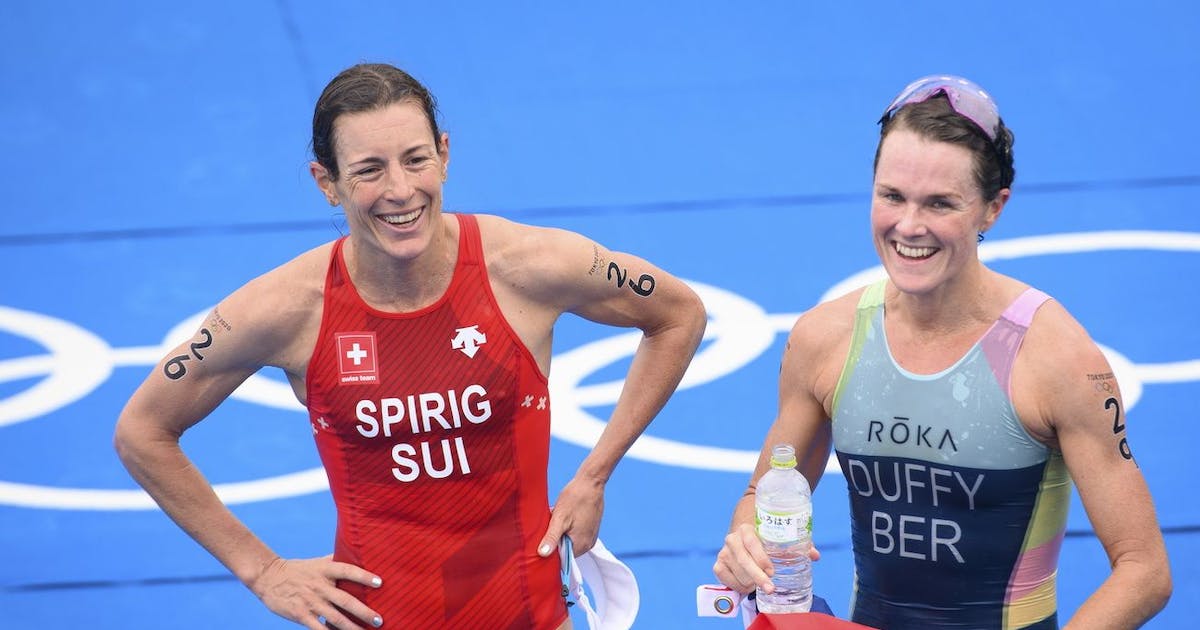 Nicola Spirig shows a strong race in Tokyo in the rain, but misses the medal ranks by a good minute as sixth. Jolanda Annen is 19th. The Olympic champion is Flora Duffy from Bermuda.

Before her fifth Olympic race, Nicola Spirig knew that a lot has to be right for a third medal. Since she is not one of the best swimmers, the 39-year-old from Zurich had to hope to make the connection on the bike course.

Spirig, Olympic champion in London in 2012 and silver in Rio de Janeiro in 2016, emerged from the water in Odaiba Marina Park, 68 seconds behind. But because the top group worked well together on the bike, the first pursuers, to which the Swiss woman belonged, could not catch up.

Spirig did by far the most follow-up work in the chasing group, but received little support. Therefore, before the run, which she tackled in sixth place, her deficit was still one minute on the top quartet. Ultimately, after 1.5 km swimming, 40 km cycling and 10 km running, the Zurich native finished the race two and a half minutes behind on this 6th place. The second Swiss starter Jolanda Annen was almost six minutes behind the winner 19.

Duffy is running away from the competition

Flora Duffy triumphed by a huge margin. The 33-year-old from Bermuda went on the final run at the same time as the leading American Katie Zaferes, the German Laura Lindemann and the British Jessica Learmonth.

On this, Duffy pushed the pace right from the start and shook off all of the competitors. In the end, the two-time world champion won 1:14 minutes ahead of Georgia Taylor-Brown. The Brit fell out of the top group on the last bike lap and switched to running 22 seconds behind. Bronze went to Zaferes (1:27), who ran up to 2.5 km in second place.

On July 31, the mixed relay is still on the program in Tokyo. Switzerland provides a powerful team with Spirig, Annen, Max Studer and Andrea Salvisberg.