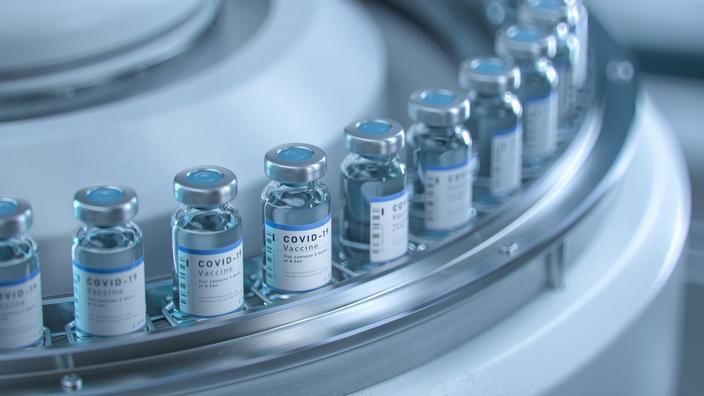 Meeting at the organization’s headquarters, member states failed to reach a consensus despite appeals by India and South Africa since October.

No progress took place Tuesday at the World Trade Organization on the idea of ​​a temporary lifting of patents on anti-Covid vaccines to increase their production, we learned from the WTO.

Read also :Covid-19: the turnaround of the United States paves the way for a lifting of patents on vaccines

Member states met at the organization’s headquarters in Geneva, without reaching a consensus, WTO spokesperson Keith Rockwell told reporters. “It’s a subject that arouses a lot of emotions and there is no question of stopping discussing it”, he added. A new informal meeting will take place in early September, before an official meeting on October 13 and 14.

Since October, the WTO has been faced with appeals by India and South Africa in favor of the temporary removal of intellectual property protections, in order, according to them, to stimulate production in developing countries and address glaring inequalities in access to vaccines. This idea has long met with fierce opposition from the pharmaceutical giants, in the name of their financial effort in research, and from their host countries, for which patents do not represent the major obstacle to the increase in production. vaccines, and who fear that such a measure will end up harming the capacity for innovation.

Agreements within the WTO must be supported by consensus of all 164 member states. Keith Rockwell stressed that all member states have insisted on the need to increase vaccine production as soon as possible, but that they do not agree on the best way to achieve this. India and South Africa can count on the support of several dozen countries, including the United States and China. European countries, Japan and South Korea, on the other hand, are hostile to the temporary lifting of patents.

0.3% of vaccines in the 29 poorest countries

More than 3.93 billion doses of anti-Covid vaccines have already been injected around the world, according to an AFP count. But only 0.3% of that total was administered in the 29 poorest countries in the world, yet home to 9% of the world’s population. “Increasing production in developing countries so that more doses of vaccine are injected in Africa, Latin America and Asia is of critical importance” for all members of the WTO, underlined the spokesperson of the organization.