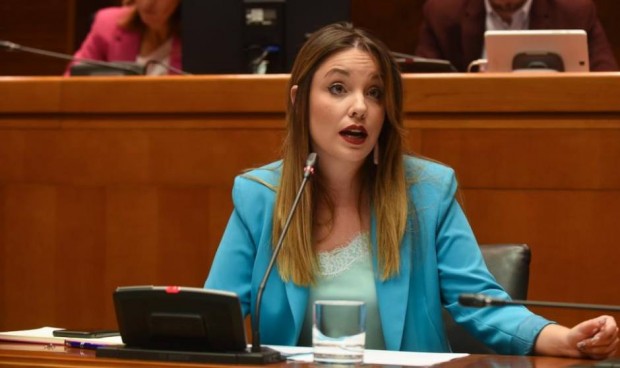 The Minister of Science, University and Knowledge Society of the Government of Aragon, Maru Díaz.

The Minister of Science, University and Knowledge Society of the Government of Aragon, Maru Diaz, has ruled out implanting in Huesca the full degree of Medicine from the University of Zaragoza (UZ) and has stated that he does not believe that “duplicating degrees in the territory is of no use”.

Díaz has appeared in the plenary session of the Cortes of Aragon, at the request of the Popular Party (PP), where he has proposed that the Huesca Campus specialize, as it is doing, for which he has praised the postgraduate courses in Cybersecurity and Mountain Medicine. It has also made it clear that It is not on the “roadmap” of the Government of Javier Lambán, nor in his own, the expansion of the degree of Medicine in Huesca.

On the other hand, it has stated that there is “a plug” in Medicine that generates the lack of doctors, but “the cap is not in the license plate”, but in the MIR, so that “There are many more students than enter through the cap”.

Díaz has defended the Covid-19 prevention measures at the university, emphasizing that they are those determined by experts from the Health Department of the regional Executive and the Ministry of Health, criticizing “opinionologists of everything” who cite reports “without giving a name”.

The counselor has appealed to the “Principle of prudence” and has remembered that the university “Walk” towards presence, waiting to “get around” the “non-festivities of the Pilar”, indicating that “nothing happens to wait 15 days to see what happens -in October- and we can return to face-to-face ”in November.

The counselor has celebrated that “the vaccination is going well” and 75 percent of the population aged 20 to 24 are already vaccinated. In this regard, he pointed out that university students are adults who can follow “some class” from home.