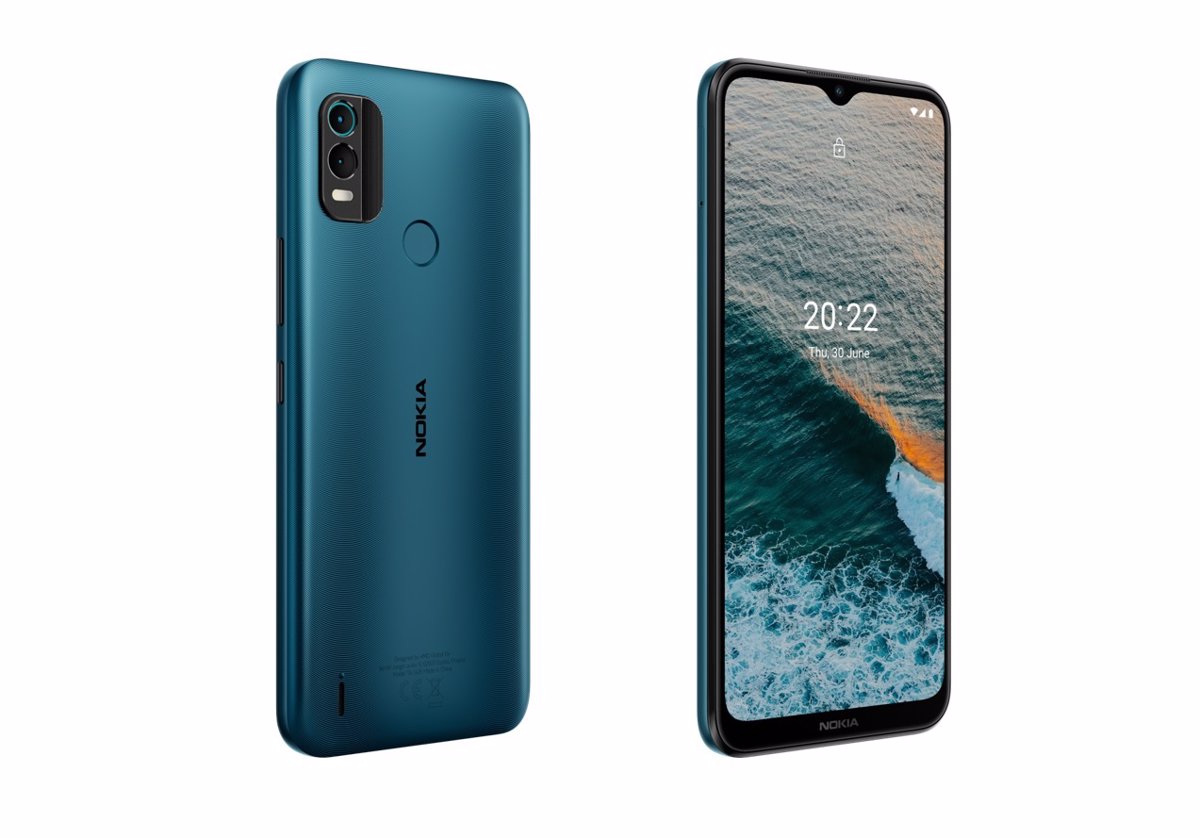 With these new mobiles of the C series, the company has sought, once again, reinforce two of its most outstanding characteristicshow are the durability of its devices and the long battery life, as commented by the CEO of HDM Global, Florian Seiche, in the framework of the Mobile World Congress in Barcelona.

The manager has made a preview of the aspects on which the company has focused its efforts this last year, such as the expansion of its product catalog, accessible connectivity for customers and the expansion of the company’s growth through its services (Softlock, Enable Pro y Connected Pro) y sus ‘smartphones’.

In the latter case, it has advanced the essential characteristics of its last three devices, belonging to the C Series, which are Nokia C21 Plus, Nokia C21 and Nokia C2 2nd Edition.

The Nokia C21 Plus It is the most advanced model, which has a thickness of 8.55 mm and a weight that varies depending on the type of battery: 178 grams for the 4,000 mAh battery and 191 grams for the 5,050 mAh battery. For this latest model, the company promises up to three days of autonomy.

presents a 6.5-inch HD screen+ with a ratio of 20:9 and carries a rear camera with two lenses: the main 13-megapixel autofocus system (AF), while the secondary is 2 megapixels, for photographs with greater depth.

On the back cover is also the fingerprint sensor. It also incorporates a 5-megapixel ‘notch’ type front camera with flash and has different photography modes: high dynamic range (HDR) technology, portrait mode, panorama and beauty filter.

The Nokia C21 Plus also has GPS and assisted GPS (A-GPS) and is equipped with various sensors, such as ambient light, proximity and accelerometer (G-sensor). In addition to the facial recognition system, it has a sensor on the back of the phone for fingerprints with IP52 certification.

On the other hand, the company has presented the other new model of the C series, Nokia C21whose panel has exactly the same size as the previously detailed model, so 6.5 inches, with HD+ resolution and a screen ratio of 20:9. Its thickness is 8.8 mm and it weighs 195 grams.

This integrates the front camera on the screen and is a V-shaped ‘notch’ type, 5 megapixels with flash. On the contrary, the main one has single rear lens 8 megapixel camera with autofocus and flash system, which is located in a rounded frame.

Like the Plus model, the C21 includes high dynamic range (HDR) technology, as well as the option to make panoramas and a beauty filter.

In this case, it is also possible to unlock the screen either with the system of facial recognition or with the fingerprint sensor located on the back cover.

On the other hand, it has GPS, assisted GPS and an ambient light sensor, as well as another proximity and accelerometer (G-sensor), as well as a 3.5mm audio jack connection port, Micro USB (USB 2.0) and OGT .

In addition to the two new C21 and C21 Plus, the C series has been completed with the Nokia C2 2nd Edition, which bears little resemblance to what could be its predecessor by name, presented by Nokia at the end of 2010.

In this case, the Nokia C2, completely renewed and totally different from this one, presents a 5.7-inch screen with a FWVGA resolutionscreen ratio of 18:9 and has a removable 2,400 mAh battery and a MediaTek Quad-core 4XA53 processor at 1.5 Ghz.

In addition, it integrates a facial unlocking system and has GPS, assisted GPS, accelerometer and has the automatic gravity detection function (G-Sensor).

The Nokia C2 only has a rear camera, with a 5-megapixel depth lens with flash, and a 2-megapixel front lens. Also, they both have flash. It also has a Beauty filter and panoramic mode.

On the other hand, it allows 4G LTE connectivity, Bluetooth 5.1, is compatible with WiFi 802.11 b/g/n, works with Android 11 (Go Edition) and includes two years of system security updates.

It also has a port for 3.5 mm audio jack connectors, as well as a Micro USB port and On-The-Go (OTG) and allows wireless connectivity with FM radio.

At the moment, the company has not indicated when these phones will be available in Spain, although it has detailed what accessories will be included in the mobile box. In addition to the device, it includes a Micro-USB cable, a 5V/1A power adapter, headphones, a screen protector and a case.

Oil prices hit their highest level in seven years after Vladimir Putin announced the dispatch of troops to eastern Ukraine.