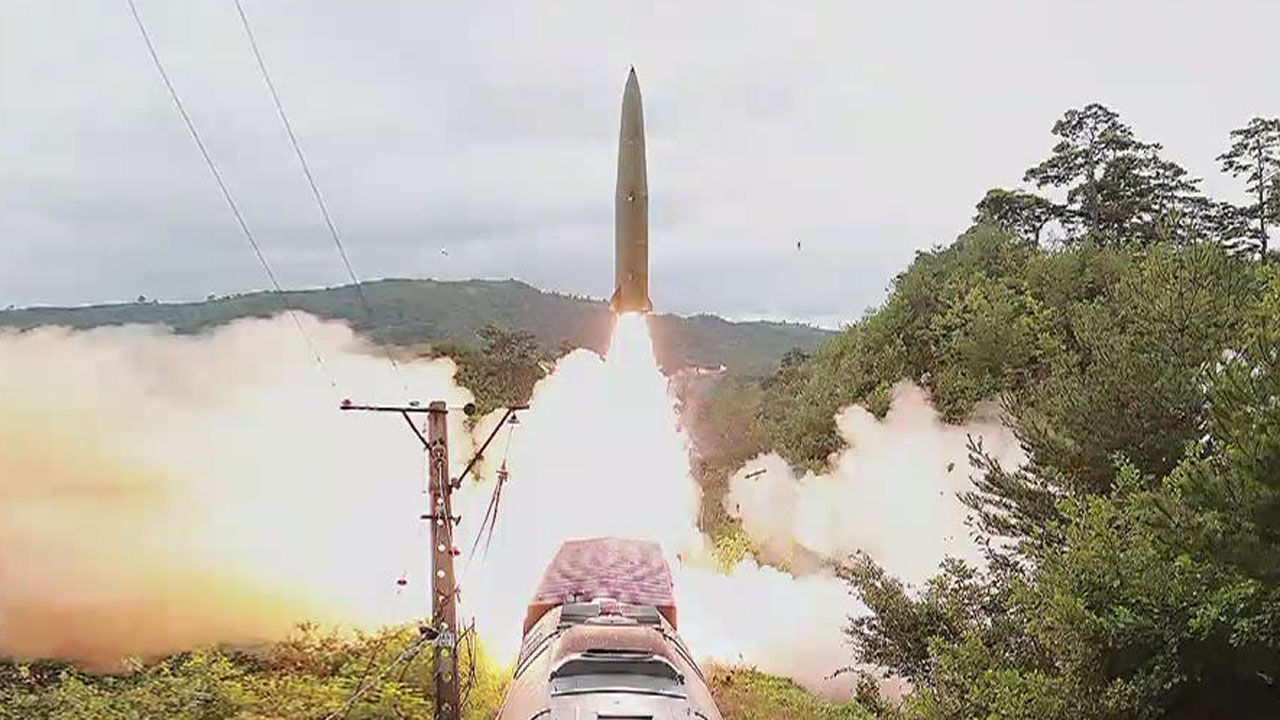 It was confirmed that the ballistic missile fired by North Korea the day before (15th) used a train rather than a vehicle as a launch pad. It is a missile launch method used by Russia following the former Soviet Union, which can be advantageous for simultaneous surprise attacks, but it is evaluated that the effect on the actual battlefield is unknown.

This is Kim Tae-hoon, a defense reporter specializing in defense.

The projectile disclosed by North Korean state media is identical to the improved version of the 2.5-ton warhead Iskander launched in March.

The launch pad used a train instead of a vehicle, but this is the first time that North Korea has publicly launched a train missile.

It seems to be intended to neutralize our interception system by moving along the railroad network with a number of missiles and launchers, hiding in a tunnel, and then suddenly appearing and attacking.

North Korea claimed that the train missile operation unit had already been deployed as a railway-mobile missile regiment under the Strategic Force.

Park Jeong-cheon, a former North Korean general chief of staff, said, “The firing drills were conducted in accordance with the strategic and tactical design.”

Our military is keeping a close eye on North Korea’s various launch platforms, including train missiles.

An official from the military analyzed, “Train missiles are a vulnerable weapon to the battlefield environment on the Korean Peninsula because the movement of the missiles is limited to the rail network, and the movement of special trains is not difficult to identify.”