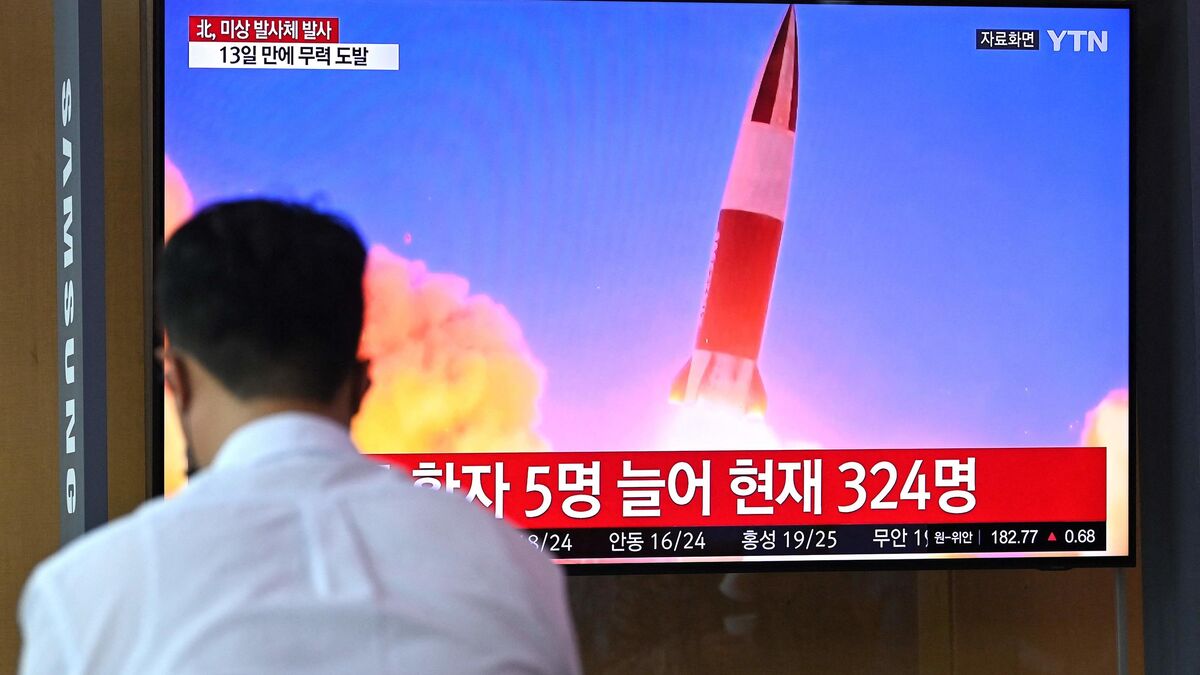 North Korea fired what appears to be a short-range missile at sea on Tuesday, the South Korean military said, as its UN ambassador claimed his country’s “legitimate right” to test weapons in the face of the “hostile policy” of the United States and Seoul.

The device was fired at around 6:40 a.m. local time (11:40 p.m. Monday evening, French time) from the northern province of Jagang towards the waters of the Sea of ​​Japan, off the east coast, according to the military staff of the United States. South. Japan’s Defense Ministry said it appeared to be a ballistic missile.

This is the third shot made by Pyongyang this month. The first, two weeks ago, involved a long-range cruise missile, and the second a short-range ballistic missile.

As an express fact, less than an hour after this launch, the North Korean ambassador to the UN, Kim Song, declared to the General assembly of the United Nations that his country has the “legitimate right” to test weapons and “strengthen (its) defense capabilities”. The United States “should prove in practice that it has no hostile will towards us,” continued the ambassador. “If so, we are ready to respond” in the same way, “but it does not appear that the United States is ready” to take that direction, he said.

Condemnation of the international community

The US State Department condemned this new missile fire in the evening. “This launch constitutes a violation of the multiple resolutions of the Security Council of the United Nations and represents a threat for the neighbors (of North Korea) and the international community”, he estimated in a statement, calling Pyongyang ” to engage in dialogue ”. “Although we have assessed that this event does not pose an immediate threat to United States personnel or territory, or to our allies, the missile launch highlights the destabilizing impact of the illicit weapons program” Pyongyang, the US Indo-Pacific Military Command (Indopacom) said in a statement. “We regret that the missile was fired at a time when it was very important to stabilize the situation on the Korean peninsula,” said Boo Seung-chan, spokesman for the South Korean Defense Ministry.

North Korea accused Seoul and Washington of doing “double standards,” saying they denounced its development of weapons while continuing their own military activities. On September 15, Seoul fired a ballistic missile from one of its submarines.

The message is clear, while in recent days, Pyongyang has multiplied ambiguous messages with regard to Washington and Seoul. Last week, Kim Yo Jong, the influential sister of North Korean leader Kim Jong Un, hinted at the possibility of a summit between the two Koreas, while demanding beforehand that Seoul abandon its “hostile policy”.

The remarks responded to recent calls by South Korean President Moon Jae-in to declare an official end to the inter-Korean conflict of 1950-1953 which ended in a truce, not a peace treaty, leaving the two parties technically at war for more than half a century, US forces led by the UN technically providing support to the South Korean army.